For the first time since December of 2020, AEW has a new guy at the top of the ladder. “Hangman” Adam Page is your new AEW World Heavyweight Champion after defeating former friend Kenny Omega in a great match at Full Gear.

It’s a story that’s two years in the making. They had been building to Adam Page being “The Guy” since their first press conference in January 2019. Now that he is AEW World Champion, it’s time to see what he can do with it. I’m willing to give it a three to four-month window to see if viewership improves but there are no shortage of potential challengers.

We also saw Bryan Danielson defeat Miro at Full Gear to become the number one contender to the AEW World Title. If I had to guess, that match probably happens at their January 8th Battle of the Belts TNT special. I don’t think Bryan wins the AEW Title there. It would be incredibly dumb to build Adam Page up for two years only to have him lose the title in two months. I think Page will get the standard 4-6 month title reign that most AEW Title reigns seem to have. However, there are five guys that I think could be legitimate contenders to take the belt off of Hangman. I did not include Bryan Danielson since he already has a shot lined up. There are also several top talents that I left off simply because I only listed five. I think guys like Darby Allin, Miro, Andrade El Idolo, and Pac are all prime candidates, but I’ve compiled a list of five guys that I think are the best choices as of right now. 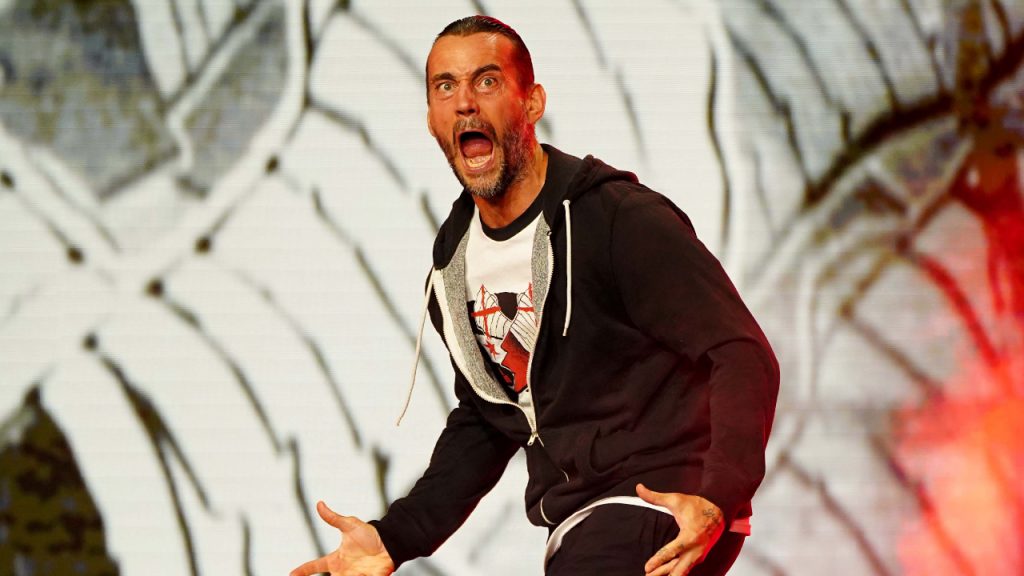 Yes, I made sure to emphasize Heel CM Punk. No offense, but the current CM Punk isn’t working. Sure, if you put him in there with a guy who can spar with him on the mic like Eddie Kingston or MJF, you get that CM Punk of old. The guy from ten years ago. Adam Page is not that guy. No offense to Hangman fans, but promos are not his strongest attribute. He’s “fine” on the microphone but he has nowhere near the capability to bring out that ruthless CM Punk. The only way that happens is if Punk ditches the “happy to be here” character and embraces the old CM Punk.

The story writes itself. CM Punk, as we all know, is as Straight Edge as straight edge can be. We’ve seen the video of the guy at an AEW show offering Punk a beer and Punk giving him a look. Well, who is a known heavy beer drinker in AEW? “Hangman” Adam Page. It’s almost a tailor-made story in the vein of what a CM Punk vs. Steve Austin story could’ve been built around. Having Heel CM Punk rip on the fans for supporting Adam Page and his habits would make for great television. Now, would they do that in light of what’s going on with Jon Moxley at the moment? That’s another issue entirely, but even without that story point, having Adam Page get the best of a heel CM Punk would do wonders for his career. 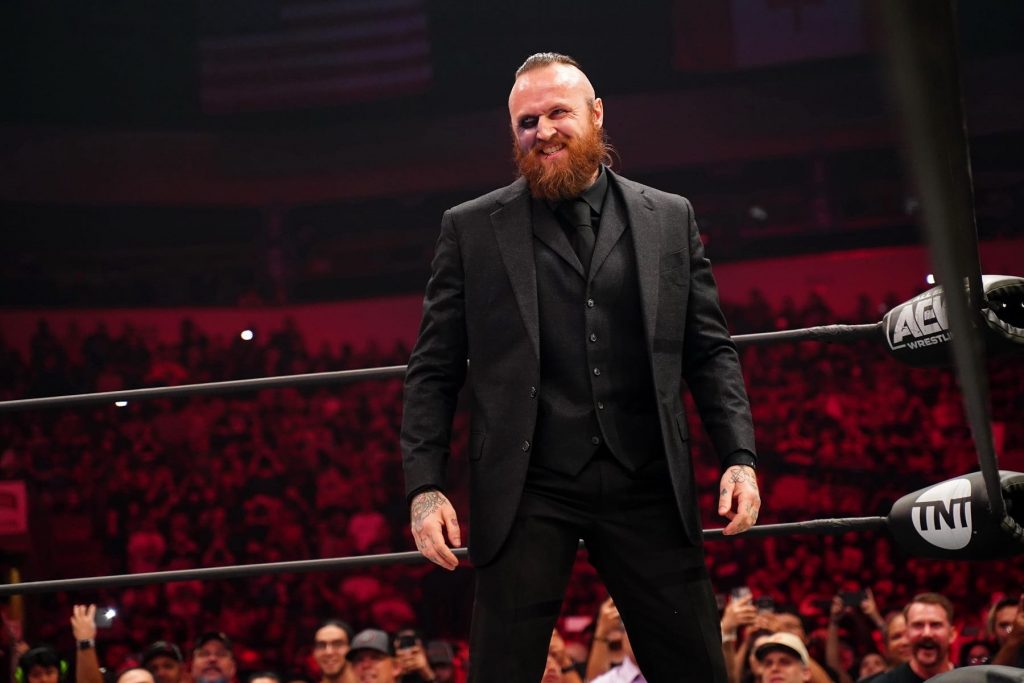 Black started off hot in AEW by defeating Cody Rhodes. Since then, he’s cooled off in my opinion. He’s 2-1 in singles matches against Cody but he’s 1-1 against him in tag matches so he is 3-2 overall. I think five matches is enough for this feud. Having Black aligned with FTR and Andrade is bringing him down a bit. I know he wants to form the House of Black but those should be characters he can lead. FTR and Andrade are on his level. Having him lead a House of Black group against Adam Page and The Dark Order could be fun television.

I wouldn’t mind Black taking the title off Page at Double or Nothing if the story presents itself. Malakai Black is one of the few WWE releases AEW has brought in that I commend them on because he is a can’t miss talent who can use his mind games to bring up that doubt in Page’s mind that he thought was gone. 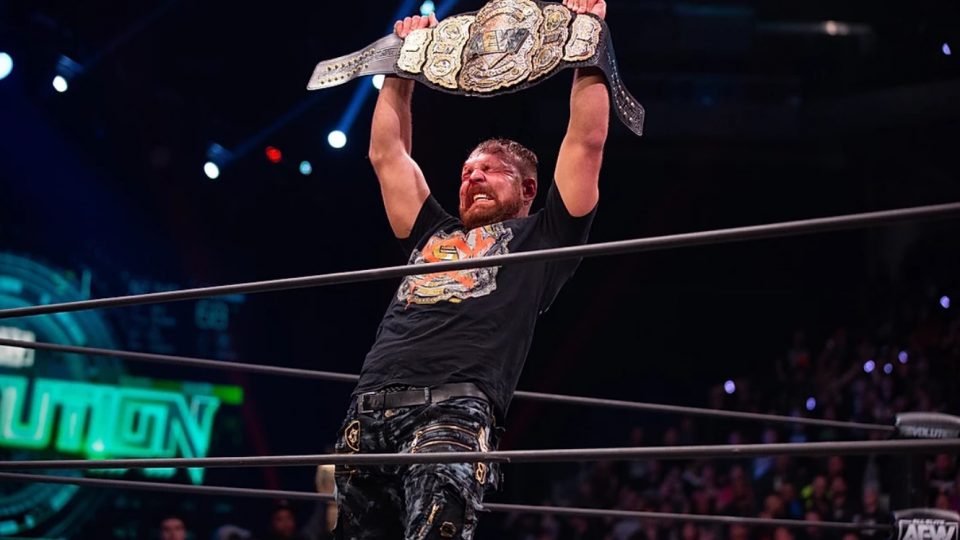 I don’t know when Jon Moxley will return to AEW television while taking time off to attend inpatient alcohol rehab. He should take as much time as he needs to get healthy. Assuming Hangman is still champion when that happens, I think this is a match you should go to. I firmly believe a Heel Jon Moxley was going to beat Bryan Danielson but when Miro replaced him, the call was made to give Bryan the win. I don’t know that for a fact, but it seemed like that was the direction. I still think they should turn Moxley heel. He’s the kind of character that can make this feud work as a heel or babyface, but I think the vicious Jon Moxley makes for a better story. Obviously, he is going to be cheered wildly when he returns. We are all pulling for him. However, shortly after that, I think he should cement the turn by beating the ever loving crap out of Adam Page. He can talk about how he carried AEW through uncertain waters with the pandemic. How he was the guy but as soon as Adam Page got his confidence back, they cast Moxley aside. It is an easy story to tell. You can even have Moxley annihilate his friend Eddie Kingston on the way to the match. I wouldn’t be opposed to Heel Jon Moxley as AEW World Champion. Adam Page defeating Jon Moxley could boost him tremendously as well. 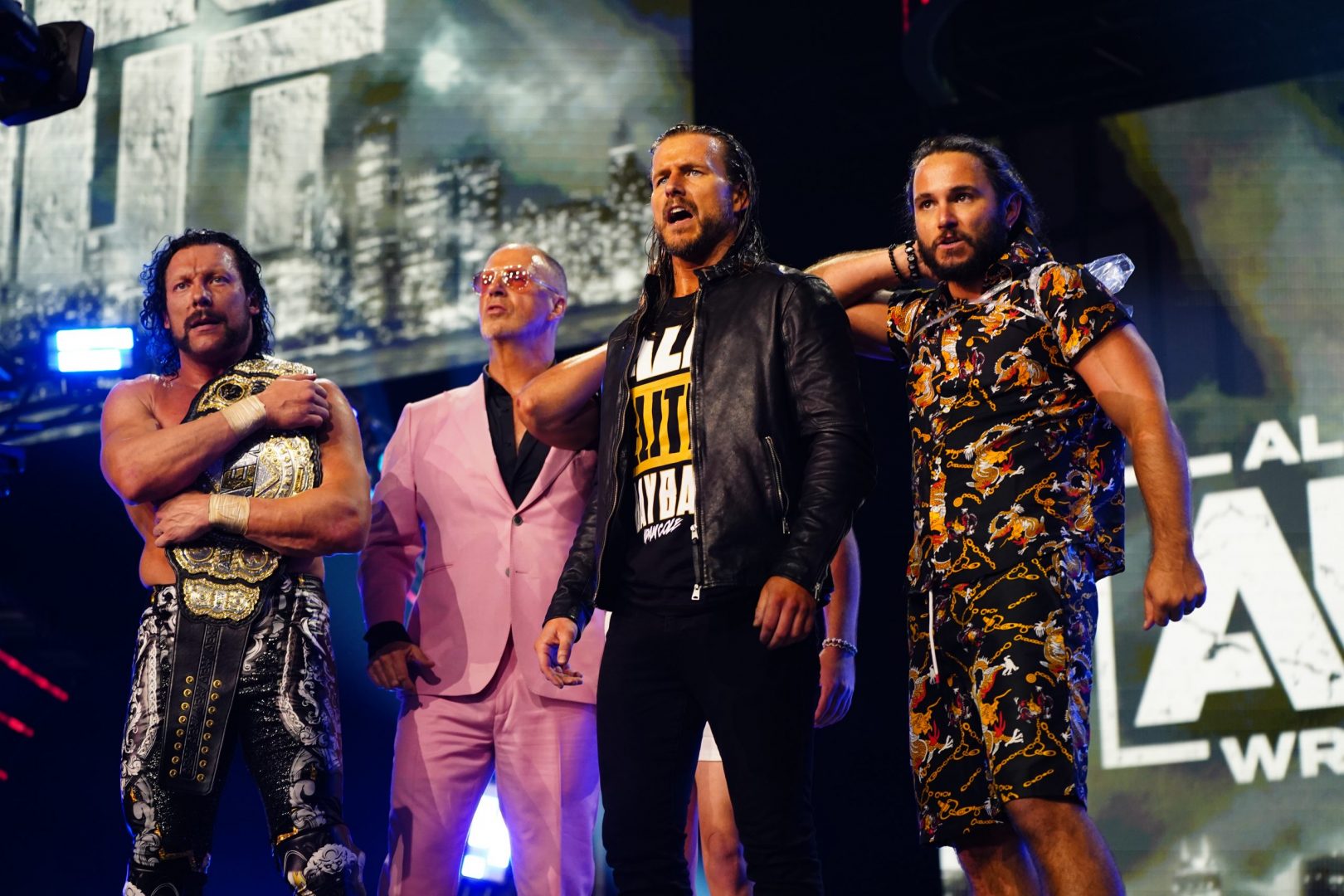 Let me be clear. I think Adam Cole’s long-term future in AEW is that of a babyface. They’ve already teased tension with him and Kenny Omega. I do believe we will see that match first. Regardless of whether Kyle O Reilly joins AEW to reform his team with Bobby Fish and Adam Cole or not. I believe Kenny Omega and The Young Bucks will turn on Adam Cole at some point in 2022. Before that happens, I think we should get Adam Cole vs. Adam Page out of the way.

They have the built in history with the Bullet Club to play off of. Adam Cole has the Young Bucks much like Kenny Omega did. The story is there and I believe it would be better because let’s face it. Adam Cole is a league above Kenny Omega when it comes to mic work. Even having Adam Cole defeat Adam Page and having a jealous Kenny Omega return and attack Cole would be money. I know it’s possible for Omega and the Young Bucks to be babyfaces against Cole, O’Reilly, and Fish. Adam Cole is getting some of the biggest reactions of anybody on the roster. Tony Khan needs to play off that and not act like people want to boo him. 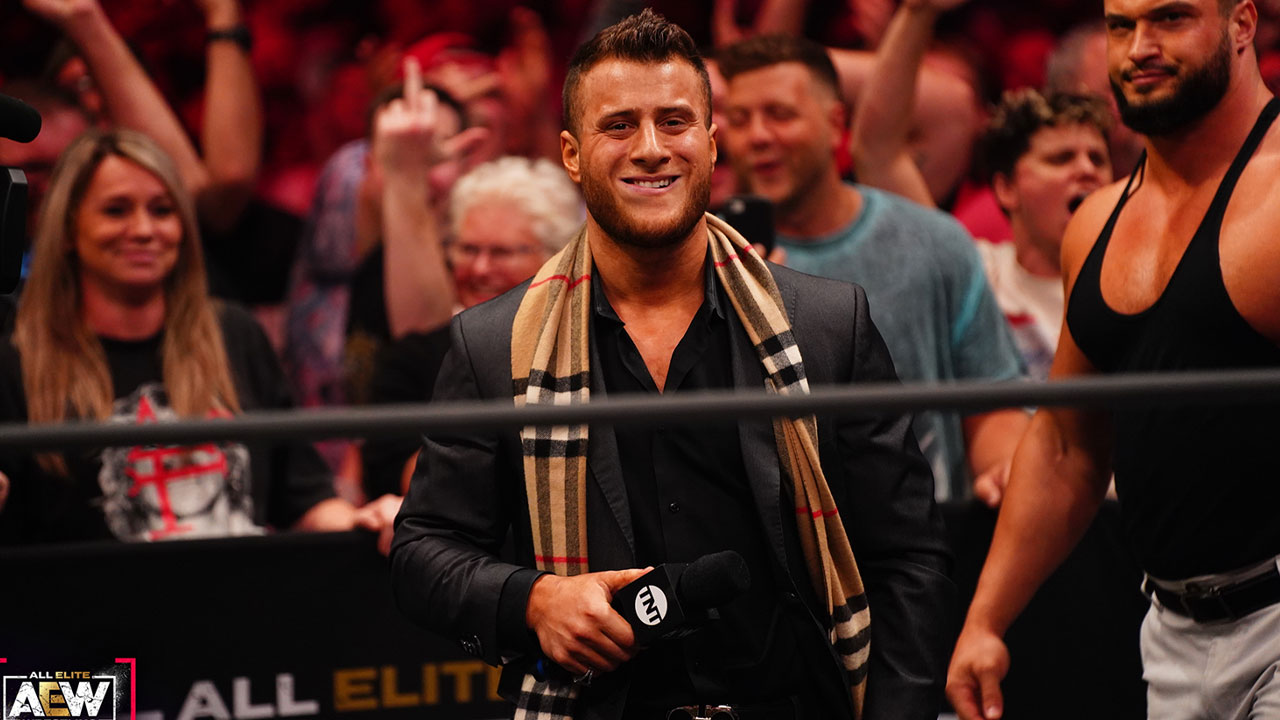 This is the guy I think should ultimately dethrone Hangman Adam Page for the AEW World Title. I don’t care if it’s at Double or Nothing or All Out. It needs to happen. MJF lost three of his four pay per view matches in 2021. If you’re building a top heel, that can’t happen. Now that he’s moved on from his feud with Chris Jericho, 2022 should be the year of Maxwell Jacob Friedman. He is currently engaged in a feud with CM Punk. I think we should start with MJF being Punk’s first loss in AEW. Having MJF be the first guy to pin Punk’s shoulders to the mat immediately erases his three pay-per-view losses in 2021. Then MJF should turn his sights to Adam Page. If you want to save it for All Out then fine, but nobody other than MJF should be the one to take the title off of Adam Page.

The promos he could cut would be ruthless based on the history with AEW of Adam Page. You can even get The Pinnacle involved since it was FTR who took the AEW World Tag Team Titles from Kenny Omega and Adam Page. The story is there. MJF beat Chris Jericho. Adam Page could not. All you have to do is lean in to it. MJF not being the champion by the end of 2022 would be a huge mistake in my opinion.

There you have it. Five potential challengers for Adam Page. I think any of those five taking the title off Page would be a huge moment. However, Adam Page getting victories over huge names like CM Punk and Jon Moxley would solidify him as the top guy in the company. A return match with Chris Jericho to play off of their first match at All Out 2019 when Chris Jericho became the first ever AEW World Champion would also be a good story. There are a lot of good story possibilities with Hangman Adam Page as World Champion. It’s just a matter of whether Tony Khan uses them.