Ronda Rousey has named one match that she would consider a favorite since returning to WWE in January 2022.

The first run in Rousey’s WWE career started at the 2018 Royal Rumble when she made her WWE debut. That led to the first match at WrestleMania 34 when she teamed up with Kurt Angle to beat Triple H & Stephanie McMahon in an impressive showing. The end of Rousey’s first run was when she headlined WrestleMania 35 in 2019 with Becky Lynch and Charlotte Flair leading to Lynch pinning Rousey to win the Raw & Smackdown Women’s Title.

During her time away from WWE, the former Raw & Smackdown Women’s Champion welcomed a baby girl into the world with her husband Travis Browne. The baby’s name is La’akea Makalapuaokalanipō Browne and she was born in September 27, 2021.

Rousey made her return to the WWE ring at the 2022 Royal Rumble, which took place four months after giving birth. Rousey entered at number 28 and eliminated Charlotte Flair, who was the Smackdown Women’s Champion at the time, to earn a championship match.

The Royal Rumble win by Rousey led to her challenging Flair for the Smackdown Women’s Title at WrestleMania 38. Flair won in a controversial manner because Rousey made Flair tap out, but the referee didn’t see it. Flair would hit a big boot to get the pinfall win.

Due to the controversy of their first title match, Rousey got another chance to face Flair at WrestleMania Backlash in May. That match saw Rousey win the Smackdown Women’s Title after forcing Flair to say “I Quit” per the match stipulations.

While recently talking about her life and career on a recent gaming stream, Rousey said that the WM Backlash match with Flair was her favorite since returning to WWE this year.

“Honestly, I think it was the ‘I Quit’ match with Charlotte, because I got to bust out the double kendo sticks and act like I was a Jedi for two seconds. I can’t believe they let me do that. That was 100% my idea.” 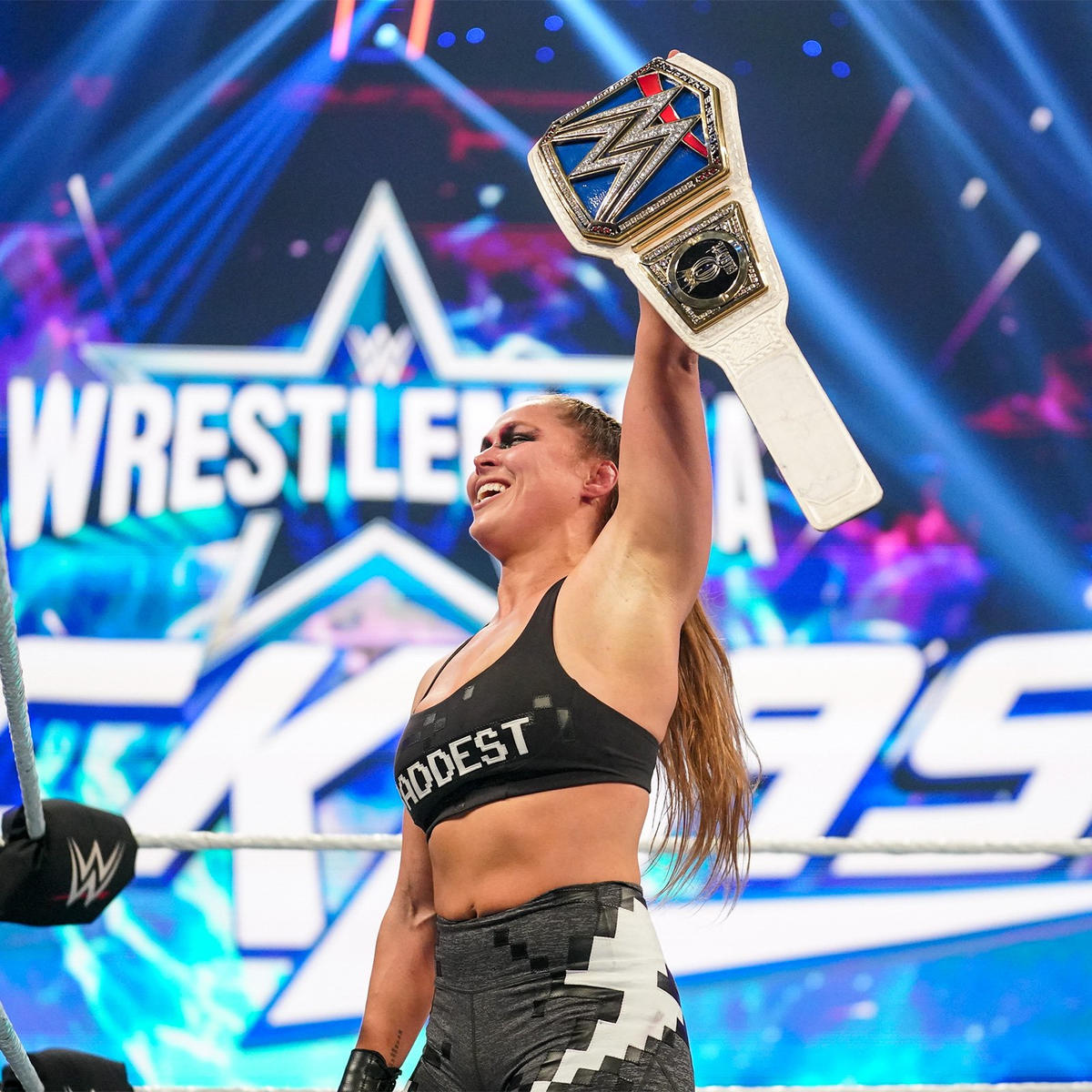 Rousey will get another shot at becoming Smackdown Women’s Champion after winning a Fatal 5-Way match on the September 9th edition of Smackdown. Thanks to that victory, Rousey will challenge Liv Morgan (the woman who beat Rousey at Money in the Bank) at Extreme Rules on Saturday, September 8th in Philadelphia.

H/t to Wrestling Inc for the transcription.