You won’t have to dig hard into the depths of the Internet Wrestling Community or the YouTube Wrestling Community (which deserves a distinction for reasons I’ll explain in a future column) to see a lot of fans today reminiscing over the Attitude Era. There is a general belief that no superstar will ever surpass greats such as The Rock, Shawn Michaels, Ric Flair and Stone Cold Steve Austin. Even contemporary future legends like John Cena aren’t looked at in the same light, despite having twice the career and accolades as most in the business. I challenge you to imagine one of two scenarios.

Scenario one. What if John Cena debuted in 1997 instead of 2002? How would he be received by fans who craved counter-culture and relatable superstars? Scenario two. What if Stone Cold and The Rock were in the prime of their careers in this era? How would they be received by fans who are becoming more accustomed, exposed and dare I say spoiled to 4 and 5 star technical clinics?

Matches used to tell slow-burn stories, where the heel would wrestle like a heel and the babyface would sell before the ultimate comeback. This is a wrestling match in its most basic and innocent form, with the intention to get people emotionally invested in the outcome. For the most part, you were too wrapped up in the story being told to notice a slight miscommunication between the performers in the ring. Also to be fair, a lot of the performers themselves weren’t as coordinated and a botch is less noticeable when wrestlers aren’t in the ring looking like they’re struggling to keep a fully rehearsed sequence in tact. In the same token, ring work was secondary in the boom period of the Attitude Era.

In his “Ringmaster” days, Austin was a master technician. Yet, “Stone Cold” Steve Austin isn’t loved by millions for the great matches he had in the late 80s early 90s with WCW, ECW and WWF. Austin is loved for being the “Texas Rattlesnake” and the “Toughest S.O.B.” He’s loved because of the 4 year long story he was able to tell with Mr. McMahon. That got Austin to the dance, so to speak. It wasn’t chain wrestling and non-stop, high-paced spots. In fact, those match elements have never been so important until now. The New Age Outlaws didn’t get over with fancy tag team finishing moves and ring prowess. All it took was sporting rival team jerseys, dumping two hardcore legends in a dumpster and aligning with the hottest entity going in WWE: D-Generation X. 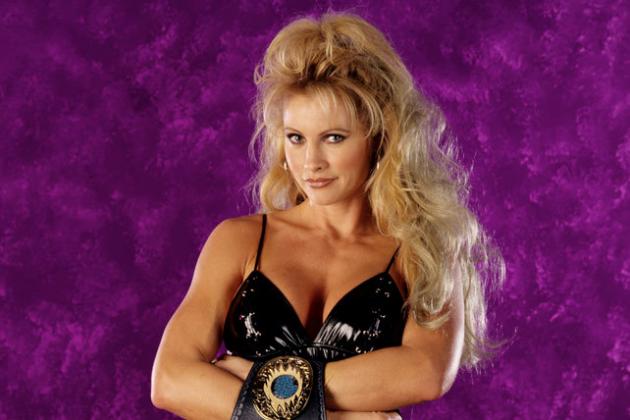 Sable became one of the most popular divas in the Attitude Era. Was it because she was tearing down the house every week in the ring, Sable-Bombing anyone who dared threaten victory over Marc Mero? Absolutely not. I’d go even further to say that a character like Sable would have a really hard time connecting with today’s IWC who sees the divas of WWE as more than sex symbols. With NXT producing some of the best women wrestlers in the world, it isn’t enough for them to be involved in the same cliché catty spots females were delegated to in years past. This is all the more evident in someone like Lana who is trying (and sort of failing) to involve herself with the “Divas Revolution” from the sidelines. Lana’s popularity doesn’t come from her ring psychology; it comes from the story she’s told alongside Rusev for almost 2 years straight. Could you imagine how much backlash WWE would receive if Lana and Summer Rae blew off their feud in a Bra and Panties match? Casual fans might like it, but the industry as a whole has come too far.

In a WWE where fans are swarmed with fresh new content daily, one can’t help but sense a bit of hypocrisy when you hear certain complaints. RAW is very formulaic with its format of starting the show with a 15-20 promo, which almost always seems to overstay its welcome. However, Monday Night RAW during the Attitude Era days only occasionally kicked off with the ringing of a bell. Difference is, RAW was pretty much the only thing WWE fans had access to each week. By the time last week’s show went off the air to the opening pyro next week, fans were recharged. There was little burnout. They wanted to see how Mr. McMahon would screw with Austin next or how the Rattlesnake would exact revenge. They wanted to see Paul Bearer continue to pull the curtain on the lives of Undertaker and Kane.

Today, there’s no story that compels any of us to the point where we couldn’t care less about someone losing their grip on a top rope sunset flip powerbomb. Everything storyline wise is either too predictable or sometimes just a blatant insult of the fan’s intelligence. There should be no reason why WWE has to flat out TELL the fans that Eva Marie is working on being better in the ring. That in it of itself shouldn’t be a storyline. The story should be how divas who can already work in the ring and get over organically have to take a backseat to someone like Eva. Play to what the fans think they know and build around it: it’s simple.

Adding time to matches and throwing whatever at the wall until it sticks is WWE’s equivalent to how the government prints money. It’s not really a solution just something to show people that the ball is moving. What was special about the Attitude Era was that underneath the individual storylines was a collective purpose for WWE to be the superior wrestling product. Superstars were hungry enough to create their own opportunities and the fans just came along for the ride. It was a simpler time when matches were judged more on whether or not the story being told was accomplished and not so much the mechanics. I go to a lot of events in the Orlando area, and pretty much everywhere I go I see a lot of the same behavior in the crowd. There’s a general nitpicking about matches as if the fans themselves are in the production trucks talking to the refs through headsets. It’s almost as if a lot of us no longer care for storytelling. As long as they get high spot after high spot, near fall after near fall, and as little selling as possible they’re satisfied. Conveying character nuances in the ring as well as promoting an overarching story seems secondary to today’s fans priorities. Why is this happening? I’ll say it’s because the writers and the performers have made selling and portraying these nuances secondary. Be it intentional or not. No superstar wants to be responsible for cooling down a hot crowd, which throws patience and anticipation completely out the window from everyone involved. Matches have become portals for the instant, temporary gratification of overused “This Is Awesome” and “Holy S***” taunting. If you’ve ever seen John Cena compete in crowds where he’s really reviled, you’ve probably heard (and maybe participated in) “You Can’t Wrestle” chants. It’s a chant I’ve always found absurd, especially when it pertains to Cena. It is actually because Cena can’t wrestle? Or is it because you just don’t care WHY he’s wrestling? It’s the record player on repeat.

The “smart” fans of today think they’ve developed a sophisticated taste for excellent ring work over the years. To a point that’s true. The Internet continues to grant more and more wrestling enthusiast, adequate enough to conduct a Google search, access to an array of styles this industry has to offer outside of WWE’s realm. As a result, the machine itself has begun to cater to these fans, offering NXT on the WWE Network as an alternative experience to the weekly TV shows. WWE NXT consistently pleases the “You Can’t Wrestle” fans; however, many of these fans don’t seem to realize that the actual ring work isn’t the only reason why they like NXT. They like NXT for the foundation of why any of us care about professional wrestling at all: Storytelling.

If you don’t care about stories and only the technical aspect of wrestling, the Attitude Era probably wasn’t for you and perhaps nothing great in this business is.

About Me: I’m Howie Mandella and I’ll giving my opinions on various industry topics every week. I’ve been in love with this genre for about 15 years, and I hope to cover it for many more. I was first introduced to wrestling while channel surfing with my uncles. On one channel was K-Kwik rapping inside of the ring and about 3 minutes later he got knocked out by a Test big boot. I’ve been hooked ever since. I mark out for: Bobby Lashley, Rusev, Kevin Owens, Kurt Angle, Brock Lesnar and Dash & Dawson. My columns are always opinion-based. I don’t claim to always be correct and my word isn’t the end all be all by any means. My only purpose is to encourage and incite respectful and meaningful debate. Just creating a dialogue here.