Welcome back, TJR readers! Did you spend all day Friday trying to befriend the Young Bucks so you could get on the AEW Full Gear card, and missed WWE Smackdown? Perhaps you spent all day Monday worrying about who would keep Rita Repulsa in check now, and missed Raw.

Worry not for I have returned with another edition of The Top Ten Wrestling Stories of the Week.

It was a week for returns and reboots on NXT. This past Tuesday on NXT, Dijak (Dominick Dijakovic/T-BAR) shockingly attacked NXT North American Champion Wes Lee. Dijak was not the only former main roster superstar to appear on NXT this week, as Carmella’s former sommelier, Reggie, also debuted. After weeks of vignettes, Reggie debuted his new character SCRYPTS. Although SCRYPTS was wearing an “interesting” mask and gear, it did not take the live crowd long to figure it out was the former 24/7 Champion Reggie. We will all have to wait and see if SCRYPTS pulled the 24/7 Championship out of the same trash can that he found his outfit in. (TJRWrestling)

SCRYPTS has arrived on #WWENXT! pic.twitter.com/yM2xHwJYZV

Ricky Starks is the new number-one contender for the AEW World Championship. This past Wednesday on Dynamite, Starks defeated Ethan Page in the finals of the AEW World Title Eliminator Tournament. Starks had previously defeated Lance Archer and Brian Cage to make it to the finals. Starks will now face AEW World Champion MJF on December 14th at AEW Winter is Coming, or AEW Winter Came a Damn Month Ago if you live in Buffalo, New York. (TJRWrestling)

8. The Elite and Death Triangle to Compete in a Best of Seven Series

AEW will need to hire a few more blind referees. This week Kenny Omega and The Young Bucks of The Elite returned to AEW, and started a Best of Seven Series against Death Triangle for the AEW Trios Titles. Things have not started off well for The Elite however, as they lost both the first match of the series at AEW Full Gear, as well as the second match this past Wednesday on Dynamite.

To make things even worse, The Elite was booed heavily this past Wednesday on Dynamite, which took place in CM Punk’s hometown of Chicago. The Bucks and Omega responded to the negative crowd reaction by openly mocking Punk by Kenny Omega biting someone, hitting the GTS, and botching a Buckshot Lariat. It is unclear how any of Punk’s friends in the AEW locker room felt about these antics because none of them were booked on the show to ask them. (TJRWrestling)

7. House of Black Returns to AEW

Malakai Black officially won’t be returning to the WWE anytime soon. This past Wednesday on Dynamite, Black, along with fellow House of Black members Brody King, Buddy Matthews, and Julia Hart, made their shocking return. The House of Black came down to the ring after Orange Cassidy defeated Jack Hager. House of Black then proceeded to attack The Best Friends, The Factory and every member of security at ringside. Malakai Black then urged members of the audience to stand by stating, “Members of the House of Black, please rise.” Black had previously stated that he had taken time away from AEW to deal with personal issues. Hopefully Black has been able to deal with those issues, and now only has to deal with the issue that Tony Khan has no idea how to book him. (TJRWrestling)

Samoa Joe is truly the champion of television. This past Saturday at AEW Full Gear, Joe defeated both Wardlow and Powerhouse Hobbs to capture the AEW TNT Championship. With the win, Joe becomes a duel champion, as he already possesses the ROH television championship. Joe was given both TV titles due to being liked by the key demo of AEW, otherwise known as The Elite. (TJRWrestling)

Just last week it was widely reported that Kevin Owens had suffered a knee injury at a live event, with it being unknown how much time if any he would miss. This past Friday we got our answer, as Owens shockingly came down at the end of Smackdown to assist Drew McIntyre, Sheamus and The Brawling Brutes against The Bloodline. It was later announced that Owens would join McIntyre, Sheamus and The Brutes against The Bloodline, tomorrow night at Survivor Series in WarGames. Interestingly, Owens will be the only competitor to have competed in a WarGames Match, having competed in one in NXT in 2019. For any fans who are wondering how Owens was able to recover from knee injury so easily, the answer is simply that he is Canadian and actually gets good FREE healthcare. (TJRWrestling)

Looks like we know who that 5th member is! It's @FightOwensFight!#SmackDownpic.twitter.com/Ngdx31o51o

4. Kenny Omega to Face Will Osprey at NJPW Wrestle Kingdom 17

Kenny Omega will be returning to Japan. This week it was announced that Kenny Omega will once again open the forbidden door when he returns to the company that helped make him famous. Omega will be competing at NJPW’s biggest event of the year Wrestle Kingdom 17, challenging for the IWGP US Heavyweight Championship against Will Osprey. Omega just recently returned from suspension this past Saturday at AEW Full Gear, and will be wrestling for the first time for NJPW since 2019. Dave Meltzer will surely be a big fan of this match, as he loves both of these guys and, unlike CM Punk, does not have a dog in the fight. (TJRWrestling)

WWE Survivor Series is scheduled to take place tomorrow night at 8PM ET. So far only five matches have been announced, including Seth Rollins defending the WWE United States Championship in a triple threat match against Bobby Lashley and Austin Theory. AJ Styles and Finn Bálor will go one-on-one. Shotzi will challenge for the Smackdown Women’s Title against champion Ronda Rousey. Bianca Belair, Asuka, Alexa Bliss, Mia Yim and a mystery woman will face Bayley, IYO SKY, Dakota Kai, Rhea Ripley and Nikki Cross in a WarGames Match. Finally, in the Men’s WarGames Match, Kevin Owens, Drew McIntyre, Sheamus and The Brawling Brutes will face The Bloodline team of Roman Reigns, Sami Zayn, Solo Sokia and The Usos. Personally, I will be in the audience for this show, and am just hoping to see an entertaining card that gets me in bed by 11 PM. (TJRWrestling) 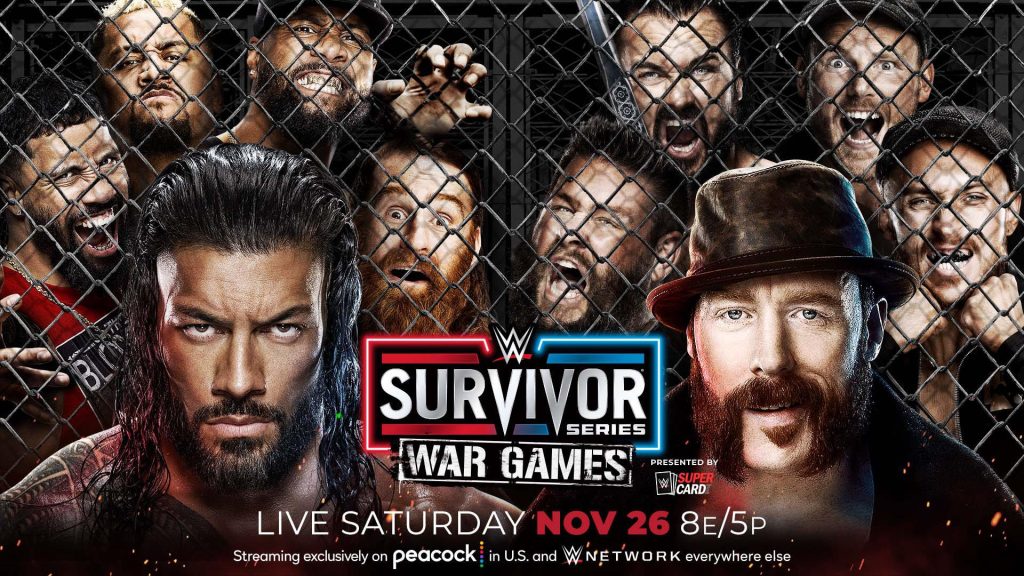 If you don’t watch wrestling or haven’t watched in a while, now is the time to start. MJF reached the top tonight and this promo shows how fucking great he is.

That concludes another edition of The Top Ten Wrestling Stories of the Week. Although I often joke, I have recently started refereeing with NYCW and FCWA, and respect more than ever what wrestlers do every week. I wrote an article all about it all right here. If you like what I do, despite my jokes being almost as bad as a turkey coma. Then follow me on Twitter @Fowlerwrestlin1. Thank you for taking the time to read this each week.