The WWE return of Cody Rhodes is likely coming soon as a new update has provided some more insight.

When Cody Rhodes returned at WrestleMania 38, it was a surprise to some while others expected it since it was reported for weeks going into it. Cody beat Seth Rollins in spectacular fashion in his WWE return match after spending the last three years in AEW. The next night on Raw, Cody made it clear that his goal was to become the WWE Champion.

As Cody’s rivalry with Rollins continued, they had a great match at WrestleMania Backlash in May as well with Cody winning there too. While it appeared that WWE might move on from the rivalry, there was still one more match left.

That set them up for the main event of the Hell in a Cell Premium Live Event with the unfortunate news that Cody suffered a torn right pectoral muscle while training for the match. That meant Cody would need surgery to repair the injury and miss a significant amount of time. Amazingly, Cody had an incredible match with Rollins despite the injury and Cody picked up the win. The next night on Raw, Rollins was a dastardly heel that attacked Cody’s injury with a sledgehammer. 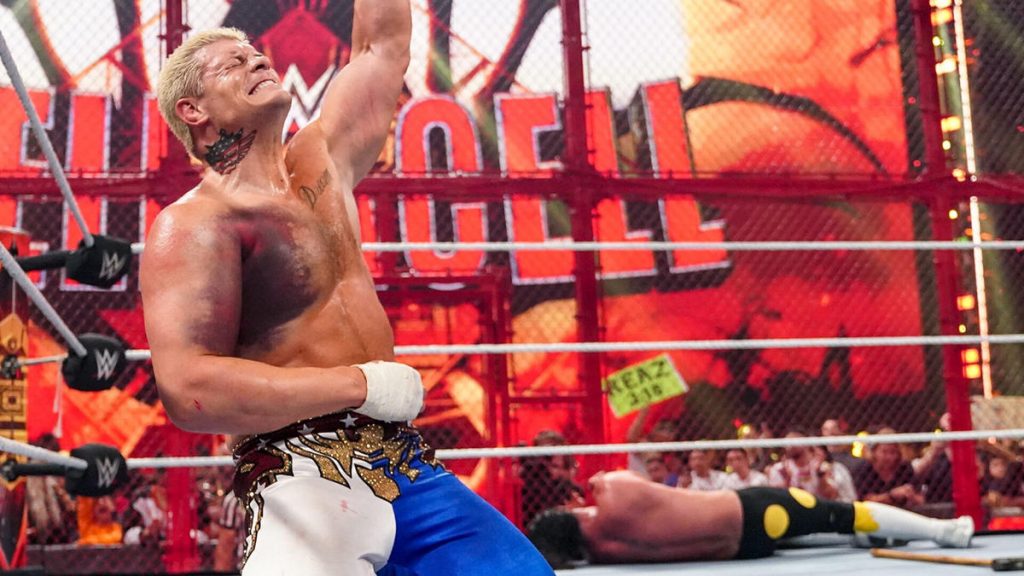 Recently, Cody’s wife Brandi said this about her husband’s recovery from injury:

“I was really just impressed with how he looks now. He doesn’t look like anything happened which is crazy because he had major surgery. So he looks like the same Cody to me. The muscle mass is all there, you know, he looks ready to me, but I’m not a doctor.”

Cody had the torn pectoral surgery shortly after that attack on Raw. The Hell in a Cell match was on June 5th meaning that it’s been nearly six months since he had surgery. That update by Brandi led a lot of people to think that maybe Cody will be returning to WWE very soon.

“Cody Rhodes’ recovery is going well. He’s been working heavily with top-level trainers to put on size and strength and hit 240 pounds legit, which may be the thickest he’s been in his life. He’s back to normal when it comes to his ability to train and lift. No word when he’ll return given it makes sense for it to be a surprise.”

It was also mentioned by Meltzer that in terms of a storyline, it makes sense for Cody to renew his rivalry with Rollins due to the sledgehammer attack on Raw. However, that may not happen since Rollins is now a popular babyface on Raw, who is feuding with Austin Theory over the US Title.

If Cody Rhodes does return for the Royal Rumble on January 28th, it could come as a surprise unless WWE chooses to announce it in the weeks before the show. It all depends on if Cody is ready to compete before that and if WWE would want to put him in the ring before the Rumble match.