The backstage fight that led to CM Punk having a major falling out with AEW has led to Shawn Spears commenting that he wishes it didn’t happen.

Following the AEW All Out pay-per-view in September where Punk won back the World Title for the second time, he went to the post-show press conference and he was not happy. Punk fired off several shots towards his former friend Colt Cabana, a former opponent “Hangman” Adam Page and AEW’s Executive Vice Presidents Kenny Omega and The Young Bucks (Matt & Nick Jackson).

Those comments from Punk led to a backstage fight in his locker room where Punk and his friend, the now former AEW Producer, Ace Steel got into a physical altercation with Omega and The Young Bucks. Punches were thrown during the melee while Steel threw a chair that gave Nick a black eye and even bit Kenny Omega. The Bucks and Omega were kept off AEW television for two months as part of their suspension. The Elite trio was back in action at AEW Full Gear last Saturday.

As for CM Punk, many people believe that he may never be back as rumors continue to swirl about a potential contract buyout. Even if Punk was healthy enough to wrestle, he will have to wait about eight months after All Out due to having surgery for a torn triceps that he suffered during the All Out match with Jon Moxley.

Shawn Spears has been with AEW since it started in 2019. Recently, Spears did a virtual signing with “K & S WrestleFest” where he expressed sadness about the entire AEW All Out fallout.

“Sad, overall sad. That’s what I think. It’s sad. I wish it didn’t happen. That’s the other thing too, I wasn’t there. Most things do happen publicly, but I wasn’t there and I don’t have any first-hand knowledge.”

This past Wednesday on AEW Dynamite, Omega and Young Bucks faced Death Triangle in the second match of their Best of 7 Series with The Elite trio mocking Punk as well as the fight. Even though Punk recently joked about the All Out fight, he apparently didn’t like what The Elite did on Dynamite, which included Omega biting Pac just like Steel bit Omega during the fight. 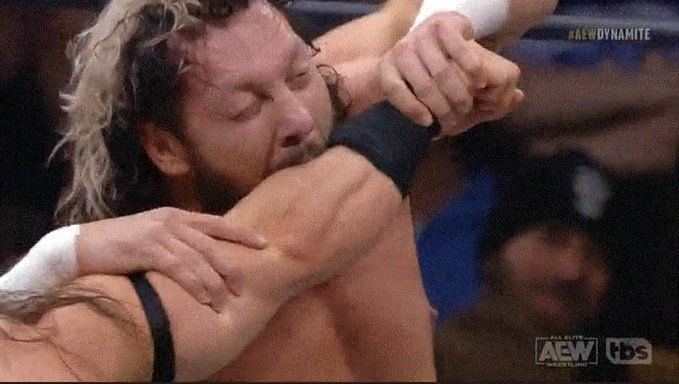 Omega also hit the GTS that CM Punk used as a finisher during his career with Omega cheekily giving a shoutout to KENTA since he’s the wrestler that invented the move.