Braun Strowman has opened up about being a monster in the wrestling business and how the role of the giant in pro wrestling is a dying breed.

During his WWE career that started nearly a decade and really took off in 2016 when he became a solo act on Raw, Strowman was called the “Monster Among Men” during his first run in the company. Since coming back to WWE on September 5th, Strowman has been called the “Monster of All Monsters” among other things.

At WWE Crown Jewel, the 6’8″ 335-pound Strowman faced the 7’3″ Omos in a matchup between two of the biggest men in WWE history. While Omos dominated much of the match, Strowman managed to get the big win with a powerslam. Recently, WWE has teased a Braun Strowman rivalry with Intercontinental Champion GUNTHER on Smackdown. 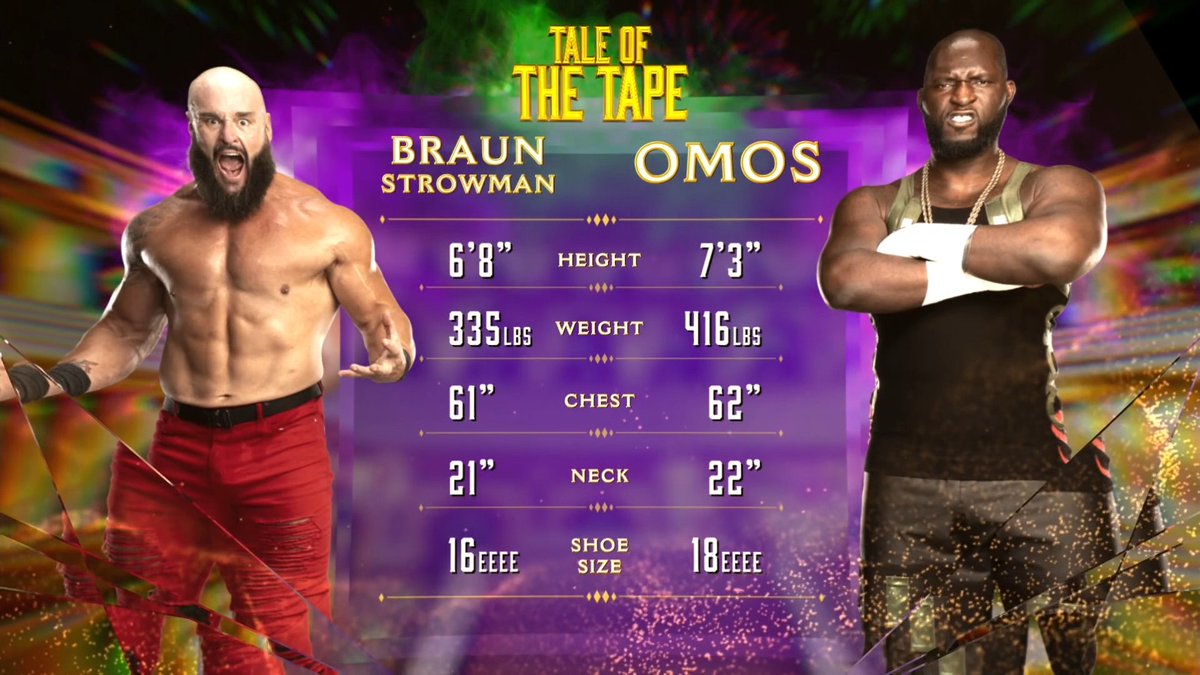 In an interview with Shakiel Mahjouri of CBS Sports, Braun Strowman talked about big men in pro wrestling while first praising the legendary Andre The Giant.

“A lot of it comes out of the question of, ‘Who could I wrestle if I could wrestle anyone of all time’, and it’s the same answer every time. It’s Andre the Giant. Andre the Giant is sports entertainment. He is the reason why this industry is what it is and it’s world renowned. It’s a global entity. When you talk WWE, you cannot mention this company without saying Andre the Giant.”

As he continued, Strowman spoke about some of the more modern-day big men in WWE history while adding that he wants to show the world he can be more than just a giant.

“So from him to the Big Show to Kane to Undertaker to Mark Henry to all these other giant men that have come and gone in this business, I’m one of the very last few of a dying breed of these dinosaurs that I like to call it. So in my mind, I’m carrying on a tradition and a legacy that is fading, and as much as that hurts my heart because of that exact same thing that you just talked about, the stereotype of being this bigger guy that I’ve had things handed to me in life or that I fee, fi, fo, fum my way through life, grinding up people’s kids to make my bread, there’s more to it than that.”

“I look like this big, imposing, scary monster, but at the end of the day, I’m a passionate, caring, loving, articulate human being, and I want to be able to not only portray the aspect of the monster side of things, but I want to show the world that there’s more than meets the eye. Don’t judge a book by its cover.”

Braun Strowman would go on to say that there’s more to him than meets the eye.

“So many people are, not just with big people, but any walk of life, some people are so quick when they get a glance at someone that they automatically have this stereotypical opinion of what this person is going to be. I love the opportunity to break these stereotypes and show the world that there’s more to me than meets the eye. But then again, at the same thing on the performing side of it, I like being able to go out there and do stuff as a big man that no one’s ever seen before.”

“Here we go. I don’t pat myself on the back very often, but there’s no one else like me on earth and I’m a firm believer of that, because if there was, they’d have found him already.”

Recently, Braun Strowman got some heat with critical comments about smaller wrestlers.