Welcome back, TJR readers! Did you spend all day Friday remembering your former Monarch and missed WWE Smackdown? Perhaps you spent all day Monday adding two-time AEW World Champion to your resume, and missed Raw?

It looks like Edge is going on a vacation for a bit. This past Monday on Raw, Edge faced Dominik Mysterio in the main event of the show. Edge appeared to be in control of the match, when Dominik’s father Rey suddenly got involved and pleaded with Edge to stop the attack. This led to Damien Priest attacking Rey at ringside, while Finn Bálor attacked Edge, causing the disqualification. The Judgement Day then proceeded to attack Edge’s left leg with a chair, with group standing tall over Edge to end the show. It was reported by the WWE that Edge suffered a “grade 2 MCL Sprain.” All of this should lead to Edge getting a few weeks off with his family, and he didn’t even have to bite an executive to get it. (TJRWrestling)

It was not a good week for Drew McIntyre. This past Friday on Smackdown, McIntyre faced Solo Sikoa in the main event. Sikoa had just previously cost McIntyre the Universal Championship a few days prior at Clash at the Castle. It appeared that McIntyre would get his revenge on Sikoa when suddenly, Karrion Kross came to the ring and applied the Kross Jacket Choke on McIntyre to cause the Disqualification. Kross would then continue to choke out McIntyre as the screen went to black and white and then completely black to end the show. It is unknown at this time of Kross causing the screen to turn to black and white means that he is the newest member of the NWO. (TJRWrestling)

It has been a really long time since anyone has pinned Roman Reigns. This past Saturday commemorated 1000 days since Reigns has been pinned or submitted in a wrestling match. Remarkably the last time Reigns was pinned in a match was against King Corbin at TLC way back in 2019. Going 1000 days in a row of doing anything is a remarkable accomplishment, as the last time I did it I was in Middle School. (TJRWrestling)

Ronda Rousey will once again have an opportunity to recapture the WWE Smackdown Women’s Championship. This past Friday on Smackdown, Rousey defeated Xia Li, Sonya Deville, Natalya, and Lacey Evans in a Fatal-5-Way Elimination Match to earn another opportunity at Liv Morgan and the SmackDown Women’s Championship. Morgan originally cashed in the Women’s Money in the Bank Briefcase to defeat Rousey for the championship. Morgan would then defeat Rousey in controversial fashion the following month at SummerSlam as well. Later on the SmackDown LowDown, Rousey challenged Morgan to an Extreme Rules match before calling her a “Hooters Barbie.” Interestingly, Liv Morgan was actually a Hooters Girl before joining the WWE, but has yet to use a Chicken Wing in a match. (TJRWrestling) 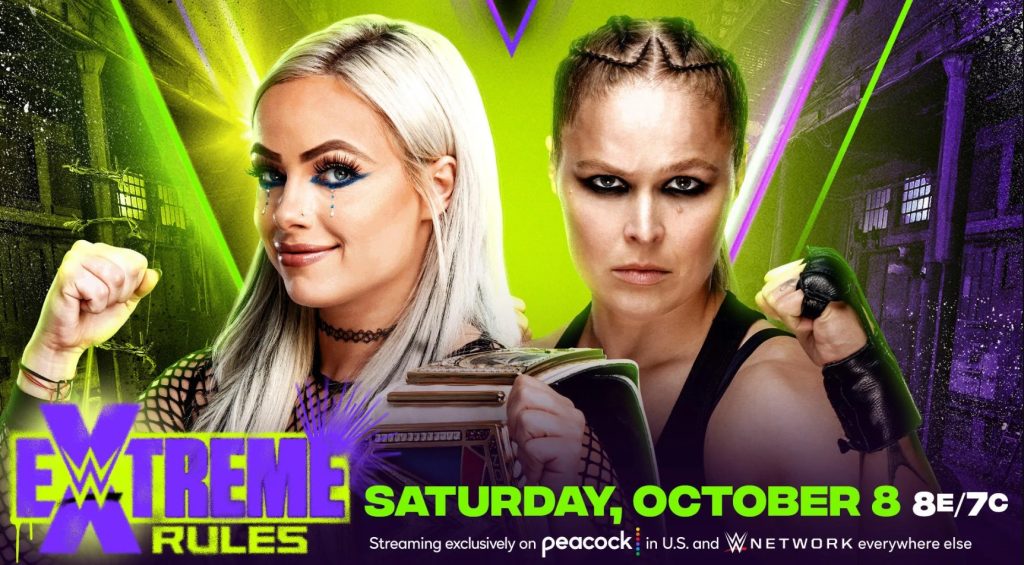 6. Another Faction Introduced in AEW

Since Tony Khan didn’t have any titles or tournaments to announce this week, it was time to introduce a new faction. This past Wednesday on Dynamite, MJF gave a promo in the ring where he announced that he had a faction “on retainer.” MJF then introduced Stokely Hathaway, who came out with W. Morrissey, Ethan Page, Lee Moriarty and The Gunn Club. Hathaway announced that his new faction will be known as The Firm, and will be MJF’s support system until MJF no longer needs them. It is unknown if Jonathan Gresham was considered for the group, and if they also considered calling the group “A Time to Kill” or “The Pelican Brief.” (TJRWrestling)

Solo Sikoa may not be done with NXT after all. This past week on NXT 2.0, Sikoa made a shocking appearance to challenge Carmelo Hayes for the NXT North American Championship. In the end, Sikoa was able to hit a Flying Solo splash off of the top rope, to get the win and the title. Sikoa just debuted on the main roster at Clash at the Castle on September 3rd, and officially joined the Bloodline this past Friday on Smackdown. Upon hearing that the NXT North American Championship could be defended on Smackdown, Tony Khan immediately called Triple H to see if he could defend it on Dynamite as well. (TJRWrestling)

NXT is going back to a familiar look. This past Tuesday evening the WWE social media account shared a video of the colorful NXT 2.0 logo morphing into the new white, black and gold logo for NXT, notably without any mention of “2.0.” The black and gold color scheme is reportedly not the only thing that will be returning. It was also reported this week that the Halloween Havoc event scheduled for October 22nd will now be a Takeover event. Triple H is clearly trying to restore NXT back to what he created, as he hopes he has found the pot of gold at the end of the rainbow. (TJRWrestling)

3. Jon Moxley and Bryan Danielson to Face Off for the AEW World Championship

AEW is set to once again attempt to crown a world champion. This past week on Dynamite, the semi-final matches in the AEW World Championship tournament were held. In the first match, Jon Moxley was able to defeat Sammy Guevara to advance to the finals. Then in the main event of the evening, Bryan Danielson was able to defeat Chris Jericho to also advance. Danielson and Moxley will now face each other this Wednesday at AEW Grand Slam from Arthur Ashe Stadium. 44 US Open Tennis Tournaments have been played at Arthur Ashe, which interestingly is 10 fewer tournaments than AEW has had. (TJRWrestling)

This coming Wednesday’s episode of Dynamite promises to be one of the biggest of the year. Dynamite will be held in Arthur Ashe Stadium, with a capacity of over 20,000 people. So far four big title matches have been announced including PAC defending the AEW All-Atlantic Championship against Orange Cassidy. The Acclaimed will once again attempt to capture the AEW World Tag Team Championships from Swerve in Our Glory. Toni Storm will defend the AEW Women’s Championship in a four-way match against Serena Deeb, Athena and Dr. Britt Baker. Finally, a new champion will be crowned when Bryan Danielson and Jon Moxley face each other for the vacant AEW World Championship. Notably, no media scrum is scheduled for after the event. (TJRWrestling)

That concludes another edition of The Top Ten Wrestling Stories of the Week. Thank you for taking the time to read this each week. Although I often joke, I have recently started refereeing with NYCW and FCWA, and respect more than ever what wrestlers do every week. I wrote an article all about it all right here. If you like what I do, despite my jokes being almost as bad as the Velveteen Dream being in your bathroom. Then follow me on Twitter @Fowlerwrestlin1