The Triple H era of WWE is two months old and we have noticed a plethora of changes both on screen and behind the scenes.

Among those changes is the return of several wrestlers who were either released under the previous regime or left when their contract expired. As I’m sure you know by now, Vince McMahon retired from WWE on July 22nd and Triple H is in the role of running WWE Creative as the Chief Content Officer. Sure, there are still some big names like Bray Wyatt, Sasha Banks, and Naomi, who have yet to return to television. Hopefully that happens sooner rather than later. For now, it is time to examine what the returning stars have done and how much impact they’ve made since returning to WWE. 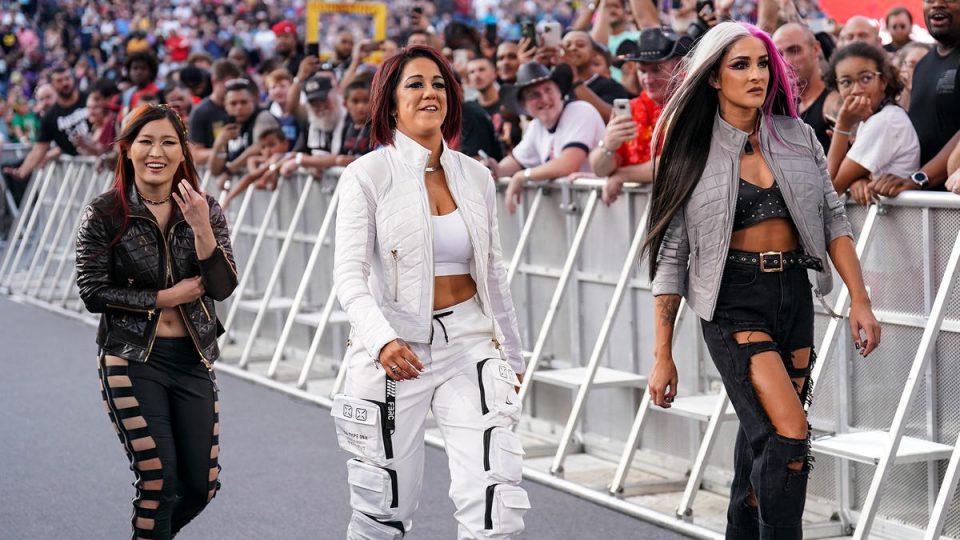 This was really the first big shock of the Triple H era as Dakota Kai and Io Shirai (now going by the name Iyo Sky) returned to WWE along with a returning Bayley at SummerSlam to confront Raw Women’s Champion Bianca Belair. Dakota Kai was released on April 29, 2022 after reportedly turning down a contract extension under the previous regime. Whether that’s accurate is anybody’s guess but she was released much to the chagrin of a lot of her supporters. Dakota felt like one of the most underutilized talents in WWE in that she never got the chance on the main roster.

Iyo Sky’s contract was reportedly set to expire soon and there wasn’t a lot of optimism that she would re-sign due to no mention being made of her which would’ve been a shame as she is legitimately one of the best women wrestlers in the world today. Luckily, things were made right and both were brought back instantly in a top program. Kai and Sky lost in the finals of the Women’s Tag Team Tournament, albeit with a bit of controversy. However, the newly formed Damage Ctrl was able to defeat Bianca Belair, Asuka, and Alexa Bliss at Clash at the Castle. This past Monday on the September 12th edition of Raw, Kai and Sky defeated Raquel and Aliyah to win those Women’s Tag Team Titles. I don’t think you could have written their returns much better than they have. I’m excited for their future on the main roster now that the whole world can really see what they can do. 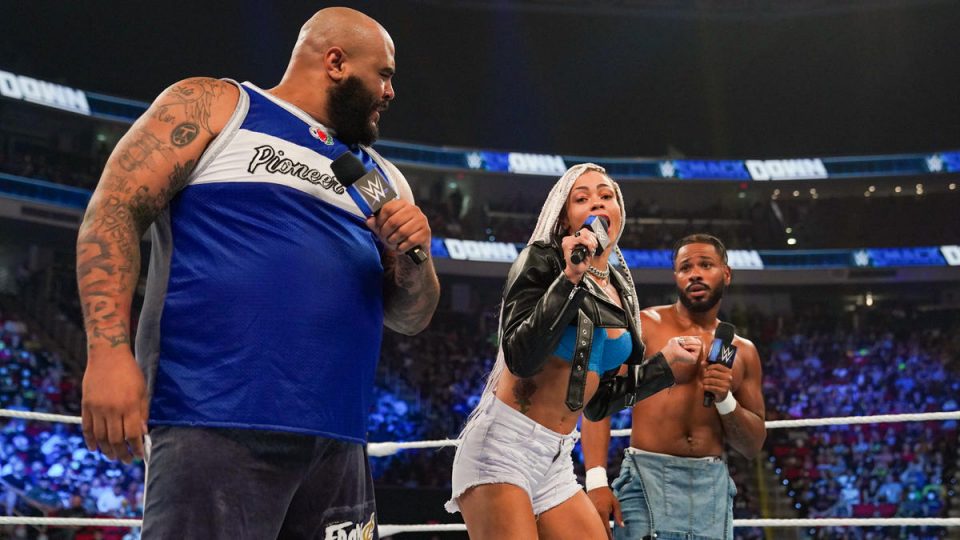 The ultra popular Hit Row was released from WWE on November 19th, 2021 due to “Budget Cuts” to the shock of many. They were a hot act in NXT and had just been called up to Smackdown in the draft in October. B-Fab actually got released a couple of weeks earlier which many people did not see coming. Isaiah “Swerve” Scott signed with AEW earlier this year so he was not able to make a return alongside his partners, but he’s doing pretty well over there as one half of the AEW World Tag Team Champions with Keith Lee.

Top Dolla, Ashante Thee Adonis, and B-Fab returned to WWE on the August 12th edition of Smackdown to take on two enhancement talents. You could tell by the pop they got that the fans were happy to see them back. They are a welcomed sight to the tag team division. Top Dolla is as agile as you can get for a man his size. If they let him do some of the stuff I saw him do on the independents, it’s going to wow the audience. Since their debut, they’ve been in a mini-feud with Maximum Male Models and Los Lotharios while being aligned somewhat with The Street Profits. I am all in on that combination but with their popularity and ring work, it’s only a matter of time before we see them in a match for those World Tag Team Titles. They’re a top tag team and bringing back B-Fab was crucial to that act. I’m glad they’re back. 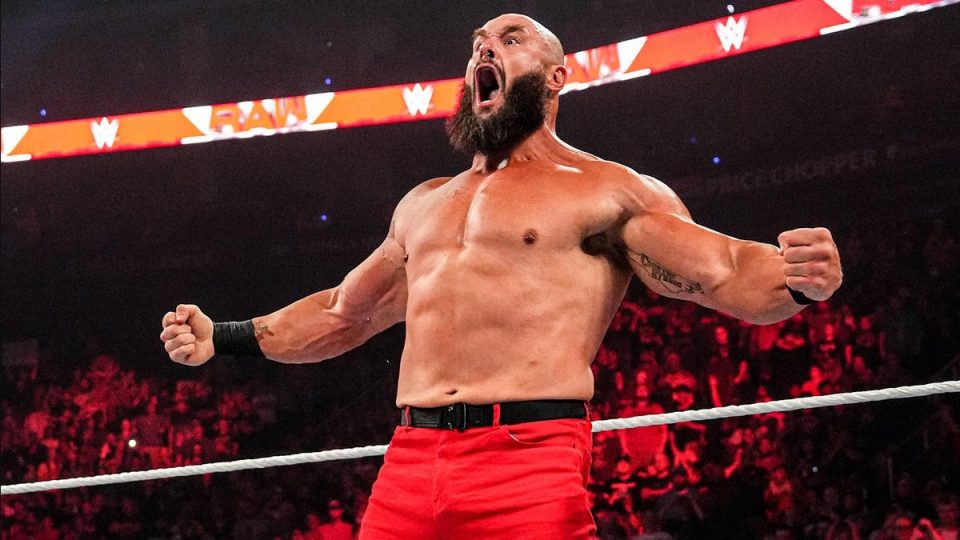 Braun Strowman was released on June 2nd, 2021 due to “budget cuts” in a move that left many scratching their heads. Braun was always pretty over with the fans and had just competed for the WWE Title. It really hurt their main event depth when they let guys like him and Bray Wyatt go. Since his release, Braun has been keeping busy with the Control Your Narrative promotion along with EC3. Braun had also been staying in shape. The Monster Among Men returned on the September 5, 2022 edition of Raw during a Fatal Four-way Number One Contendership match between Alpha Academy, The Street Profits, The New Day, and Los Lotharios. Braun returned in the best shape of his life and annihilated the teams involved in the match. The crowd didn’t seem to forget as he received a huge pop upon his return.

Braun then showed up again on Smackdown, this time to destroy Alpha Academy. He hasn’t received much promo time since his return other than a quick backstage segment, but I have a feeling he will be near the top of the card as a top babyface on the Smackdown brand. 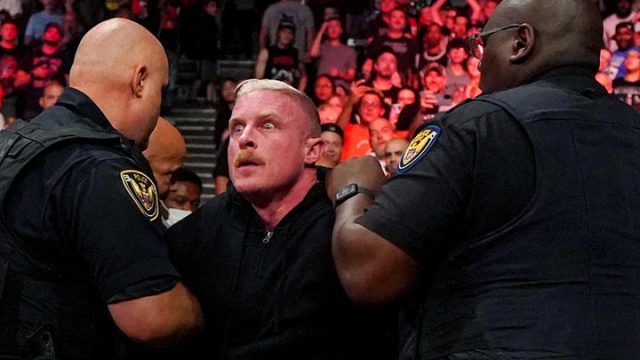 Dexter Lumis was released during that same April 29th round of cuts that Dakota Kai was released on. It was weird at the time because his storyline with Indi Hartwell in NXT was one of the most popular acts there so I figured he would always have a place in the WWE system. Dexter returned to WWE during the August 8th edition of Raw in a weird segment. There had been weird happenings all night such as a car crash that never really got acknowledged. We learned later in the night that it was leading to the return of Dexter Lumis, under a hood, in the crowd after a match between AJ Styles and The Miz. At the time we just thought it was a fan that the police were dragging away until he removed the hood and we realized it was Dexter. We didn’t know his motives at the time but since his return, he has reunited briefly with Indi on NXT, he’s kidnapped The Miz, cost Miz matches, and invaded his home.

The idea is that Dexter still doesn’t work there so we will see how long that goes. We’ve seen him in creepy angles with the likes of Roderick Strong and Austin Theory so this has me interested simply because I want to see what the payoff is.

Karrion Kross and Scarlett were released from the WWE on November 4th, 2021 due to “Budget cuts” in one of the more shocking moves I’ve seen. I always felt that Kross was perfect for that WWE system and the presentation He and Scarlett had in NXT was perfect. Then, for some reason, he was brought up to the main roster as the NXT Champion and lost to Jeff Hardy in minutes and without Scarlett. He never fully recovered from that up until his release. They put him in a Demolition-style helmet and suspenders and basically stripped away everything that he got over in NXT. Since being released, Kross and Scarlett stayed busy with independent promotions as well as MLW.

On the August 5th edition of Smackdown, we saw the return of Doomsday himself, Karrion Kross. Drew McIntyre came out for a promo to hype up his match at Clash at the Castle against Roman Reigns when the screen went black and white. Suddenly Kross’ familiar tune was playing as Scarlett was spotted in the entrance area. Kross then attacked McIntyre from behind as The Bloodline just looked on. After Kross took care of McIntyre, Scarlett put the infamous hourglass on the ring apron as a signal that Roman’s time may soon be up. It was a brilliant return and the crowd obviously knew who it was right away judging by their reactions. Kross has had one match since returning – a squash win over Drew Gulak. However, he has cut many promos and attacked Drew twice now so that seems to be a direction they’re headed in.

When Triple H took over creative in WWE, I made up a list of about ten names that I had hoped WWE would bring back now that there was a change in leadership. Karrion Kross and Scarlett were near the top of that list. I’m happy to see them back and can’t wait to see the match between Karrion Kross and Drew McIntyre perhaps at Extreme Rules on October 8th.

Johnny Wrestling made his last appearance in NXT in December of 2021. His contract had expired and his last match was the incredible War Games match between the Black and Gold NXT veterans and the NXT 2.0 talent. Johnny cut an emotional promo on believing in yourself and betting on yourself before he was attacked by Grayson Waller. We knew Johnny was likely taking time off due to his wife, Candice LeRae, giving birth in February. Johnny trended nearly every week during his nine-month absence. Every time AEW teased a surprise debut, Johnny trended. Every time AEW or WWE made a trip to Cleveland, Johnny trended. He trended during Starrcast. Whenever he is in the same town as WWE or AEW that weekend, he trended as he did with AEW/NJPW Forbidden Door (which, coincidentally, also teased a surprise debut that ended up being Claudio Castagnoli). I can’t remember a wrestler ever trending as much on Twitter who wasn’t actively wrestling in a promotion. That just goes to show how much the fans wanted Johnny Wrestling back.

Johnny waited at home with his wife Candace LeRae and their newborn son. He took his time and didn’t rush. He could’ve easily returned at one of the AEW and WWE shows in Cleveland, even the WWE show there two weeks before he returned. Johnny admitted that would’ve been too easy. Too predictable. He wanted it to be a legitimate surprise to everyone. On the August 22nd episode of Raw, he made that surprise return in Toronto. It was a shock to everybody when they returned from a commercial break and “Rebel Heart” hit the sound system. The fans were left surprised at first but once Johnny stepped through the curtain, the reaction was amazing. You could tell he was nervous but the crowd was just ecstatic to see him back where he belonged. As a huge Gargano fan, I had him at the top of my list of guys I wanted to see back once the regime change took place.

I’ve long said that #DIY (Gargano & Tommaso Ciampa) vs. The Revival (now known as FTR in AEW) in Toronto is one of my favorite tag team matches of all time. Seeing him return there was special. He seems to be on a collision course with Austin Theory which is smart given their history in NXT when Gargano was his mentor while Theory is a cocky heel. Gargano made his return to the ring on the September 12th episode of Raw in a banger of a match against Chad Gable. It demonstrated that Johnny hadn’t really missed a step and I am looking forward to seeing what he can do now that he is a full-time member of the WWE main roster.

That’s it so far. I do believe we will see more returns before the end of the year. Add that to those who are due to return from injuries such as Randy Orton and Cody Rhodes, and the latter part of 2022 and into 2023 is shaping up to be an exciting time in WWE.