Johnny Gargano is back in World Wrestling Entertainment after returning this past Monday night on Raw in Toronto.

Johnny left WWE in December of 2021 after his contract expired so he could anticipate the birth of his child, Quill. Johnny was very active during the time away on Twitch and doing a few signings but there were zero hints of which promotion he could end up with mostly because he said he wanted it to be a legitimate surprise. Gargano turned 35 years old earlier this month, so it’s hard to believe he’s a 17-year veteran having debuted in 2005. I followed his career loosely before he got to WWE in promotions like Evolve, Chikara and Dragon Gate USA, but I really didn’t start actively paying attention until he signed up for the WWE Cruiserweight Classic in 2015. He had wrestled dates for NXT before that but he wasn’t under a contract. He and Tommaso Ciampa competed in the inaugural Dusty Rhodes Classic before losing in the second round.

Once he entered that Cruiserweight Classic, I took notice. He defeated his tag team partner Tommaso Ciampa before losing to eventual winner TJ Perkins. He was impressive because a week later he was signed to a full time NXT contract. Of course, as part of the tag team #DIY, he enjoyed early success in classic matches against The Revival, including the great 2 out of 3 falls match at Takeover: Toronto that I wrote about in my FTR column last week. That match solidified Gargano and Ciampa as the real deal in my eyes. It’s still one of, if not my favorite tag match of all time.

The Gargano/Ciampa feud in 2016 put both men on the map as singles stars during one of the hottest periods of NXT. To this day, I think that is the best feud in NXT history. Two best friends turned bitter enemies. It had so many similarities to the classic Triple H/Shawn Michaels feud which is no surprise considering how big of an influence Hunter and Shawn have been to both men. 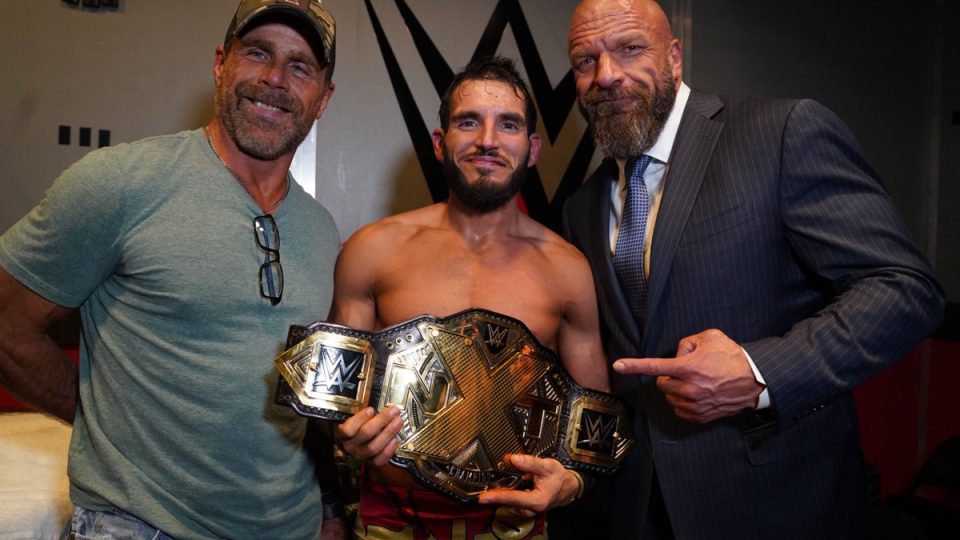 Johnny Gargano literally won every title there was to win in NXT. I would’ve liked his NXT Title run to last a little longer, but that’s just how most NXT Title runs are. Usually when you become NXT Champion, it means you’re earmarked for a main roster call up sooner rather than later. Johnny loved NXT, though.

I don’t think anybody who came through NXT loved NXT as much as Johnny. He should’ve been on the main roster years ago, but I think a large part of Johnny never wanted to leave the black and gold brand. However, after a brief heel run with The Way, NXT changed direction by becoming NXT 2.0 last September. No longer the black and gold brand of old, the brand that Johnny had been a central figure of for six years was no longer the same brand. Johnny’s wife, Candice LeRae, was also pregnant and expecting their first child in February. That was a driving factor in his decision to not re-sign when his contract expired in December 2021. I’m sure he was skeptical of how he would be used on Raw or Smackdown at the time, but wanting to be a dad was paramount. As a father myself, I definitely understand his position.

Gargano waited for nine months. It’s crazy that he stayed so patient. He trended on Twitter every time WWE or AEW held a show in Cleveland because everybody thought that would be the show Johnny Gargano returned at since he’s from the Cleveland area. He had stated his desire to wrestle Kenny Omega which drew a lot of people to assume he was going to AEW. He also has close relationships there with guys like Ethan Page. However, he maintained his close relationships with Hunter and Shawn and mentioned he felt like he had unfinished business in WWE. He wanted to win the Intercontinental Championship. He wanted to wrestle at WrestleMania. Those are very real goals for him. They weren’t just talking points for his promo on Raw. Johnny appeared at a Starrcast panel devoted to him SummerSlam weekend but still didn’t tip his hand on where he was leaning.

In July, Vince McMahon retired from WWE in a shocking move on a random Friday. That opened the door for Johnny’s return. I’m not saying he wouldn’t have succeeded if Vince was still in charge. I just think once Triple H took over as Head of Creative, his odds of success shot through the roof. That led to the unannounced, unadvertised return this past Monday on Raw.

Yes, he could’ve signed with AEW but I don’t think that is where his heart was nor do I think that was the best option for him. The AEW roster is so stacked right now that I’m not sure he would’ve enjoyed the same success. His “rebel heart” was always with the WWE. You could see it in his return promo on Raw. The thing that jumped out at me was that nobody knew. (WWE flew him in on a private jet and hid him from other wrestlers/staff so that it remained a secret.) It didn’t leak like so many returns and debuts often do. Literally, nobody knew until his music just randomly hit coming off of a commercial break. You could even see that the crowd was confused at first. Once the nearly 16,000 people in Toronto started to realize what was happening, the reaction was deafening. Johnny had come home and returned in the same arena as one of his finest career moments several years earlier. It was a special moment and one I legitimately marked out for. I would put this return on par with Cody Rhodes returning at WrestleMania 38 as my top two moments of the year in professional Wrestling. It was special, nobody knew about it, and you could tell this is where he wanted to be by looking at his emotions.

That begs the question of “What’s NeXT?” for Johnny Wrestling. Now that he is on the main roster, there are plenty of fresh opponents and feuds for him to engage in. I know the common answer is running back his feud with Ciampa on the main roster. They really didn’t have a definitive end to either of their feuds in NXT and I’m sure the crowd would react well to the main roster version. Whether they feud or end up teaming up again, Gargano and Ciampa working together is something they have to run back at some point.

There are a lot of matches I want to see Johnny have, so I tried to narrow it down to a select few. Here are six feuds I can think of right now that I would love to see. 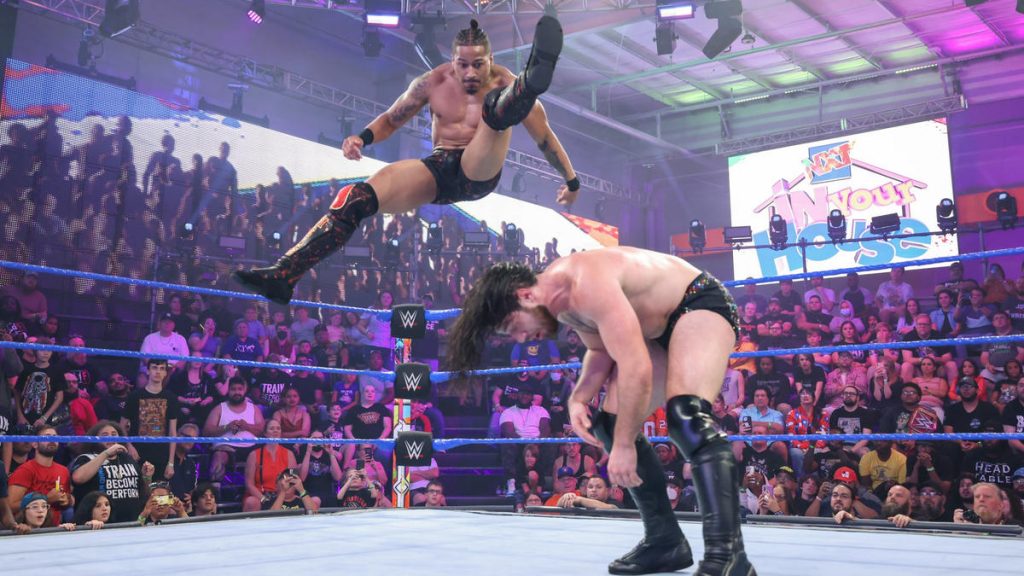 Yes, he is currently in NXT. Yes, Carmelo and Johnny faced each other in NXT. I want a full-blown main roster feud between these two. Hayes is gold on the mic and as a character. He is also one of the best in the ring. Calling up Hayes for a spot against Gargano would be a hell of a way to introduce a new star to the main roster audience. Put these guys on at any point in the show and give them 15-20 minutes and you will have a five-star match performance.

We don’t know whether Owens is still a heel or a turning babyface at the moment but it doesn’t matter. Having heel Kevin Owens versus babyface Johnny Gargano is a match made in heaven from a story and match standpoint. Owens would do great as the bully and Johnny always pulls off the underdog role to perfection.

Whether this is a full-blown feud or just a series of matches, AJ Styles vs. Johnny Gargano is something you have to have in the back of your mind. AJ Styles was considered one of the, if not the, best wrestler in the world for a period of several years and really over the last 20 years. I still think he’s one of the best wrestlers in the world today at 45 years old. Johnny is a guy who, in my opinion, had a match catalog that could not be beaten between 2016-2019. I don’t think there was anybody better. Seeing these two feud with the gloves off is something that would probably be a Match of The Year contender.

Another David vs. Goliath match but on a bigger scale. The current Intercontinental Champion has shown to thrive with smaller opponents. Look at his matches with Tyler Bate, Pete Dunne, and Ilja Dragunov for proof of his ability to have the best matches with smaller competitors. Johnny fits that perfectly and I think it would be a fantastic underdog story. Having Johnny topple the unbeatable GUNTHER at WrestleMania in Los Angeles to win the Intercontinental Championship? Sign me up. 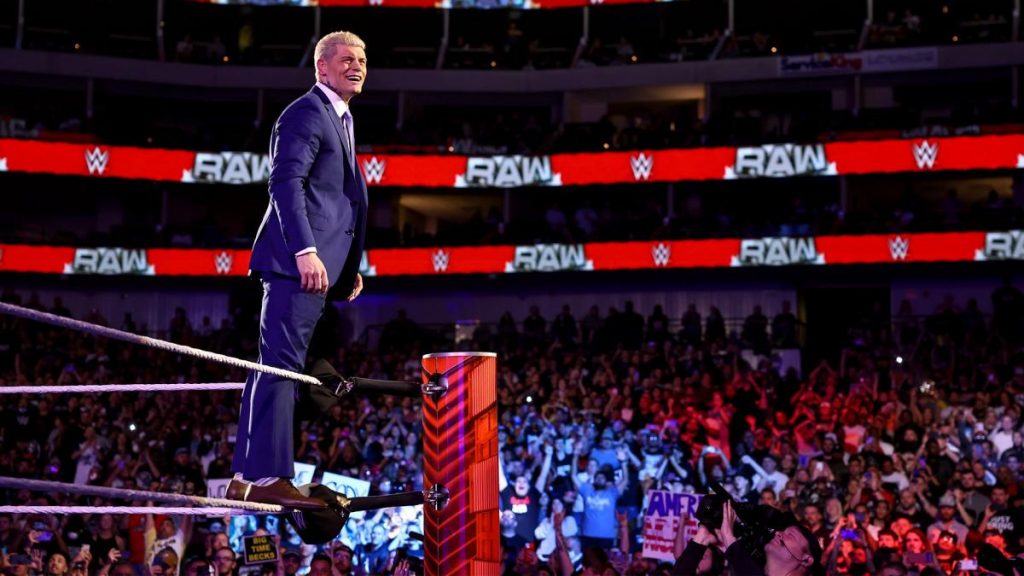 Two men with similar stories. Cody Rhodes bet on himself in 2016 and left WWE. He then proceeded to light up the independent scene, NJPW, and ROH before helping to start All Elite Wrestling in 2019. After Cody had done seemingly all he could do in AEW, he bet on himself again and returned to WWE with the hopes that this time would be different than the last. It certainly has up until his torn pectoral injury. Johnny could’ve easily accepted the easy contract at the end of 2021 and stayed with WWE. As he said in his last NXT promo, he bet on himself and took his chances. He left WWE, became a dad, and waited nine months before returning to WWE to a hero’s welcome in Toronto. The story writes itself with Johnny competing in the Dusty Rhodes classic and Dusty being a pretty big influence on his NXT “kids”. The match would be tremendous. Cody’s work with Sammy Guevara shows his ability to bring the best out of guys that size and Johnny can bring the best out of anyone. I think it would steal the show. 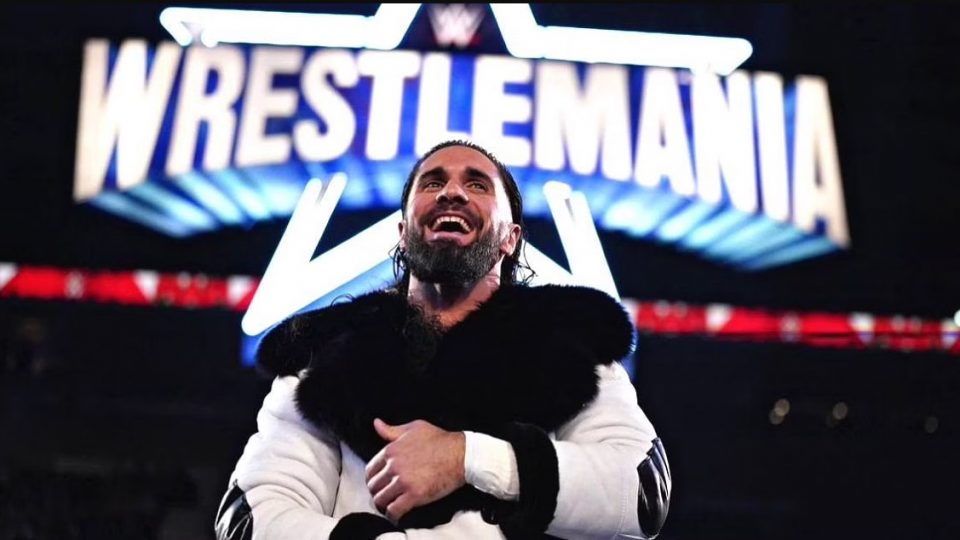 This is number one on my list and I’m sure many others as well. Seth Rollins has excelled in his heel role, especially in 2022. Seth was the perfect opponent for Cody Rhodes to return against because he does the little things so well. The little nuances like coming out in the Shield gear and music against Roman Reigns at Royal Rumble 2022. Wearing Dusty Rhodes-themed attire against Cody Rhodes at Hell in a Cell. He’s one of the best in the world today no matter what company you root for. I don’t think anybody has a combination of wrestling and character down to a science as much as Seth Rollins. I think Johnny and Seth could legitimately have a match and feud of the year whenever their paths cross.

Those are six feuds I would love to see Johnny in now that he’s back home. I am ecstatic that he is back in WWE as I’m sure many are. The reception he got on Raw was one that he deserved after putting NXT on his back for six years. He’s also a great guy and I’m a firm believer that good things are meant to happen to good people. There are few humans better than Johnny Gargano. Welcome back, Johnny Wrestling. We look forward to the many classic moments that are in your future.