Since the WWE Title has been held by the Undisputed WWE Universal Champion Roman Reigns, it rarely appears on Raw and isn’t defended on the red brand. Due to that, the United States Title has really risen in terms of prominence on Raw with Austin Theory as the current US Champion.

At Survivor Series on November 26th, Theory won the US Title from Seth “Freakin” Rollins, who defended the gold in a triple threat that also involved Bobby Lashley. The finish saw Lashley hit a Spear on Rollins while Seth was lifting Theory for a Falcon Arrow slam. When Theory hit the mat with Rollins, Theory was able to cover Rollins for the pinfall win while Lashley was unable to make the save.

Following Theory’s US Title win, Lashley and Rollins have been at odds about trying to regain the US Title that both men have held this year. That leads into tonight’s episode of Raw with Rollins facing Lashley. The winner of that match will challenge Theory for the US Title. 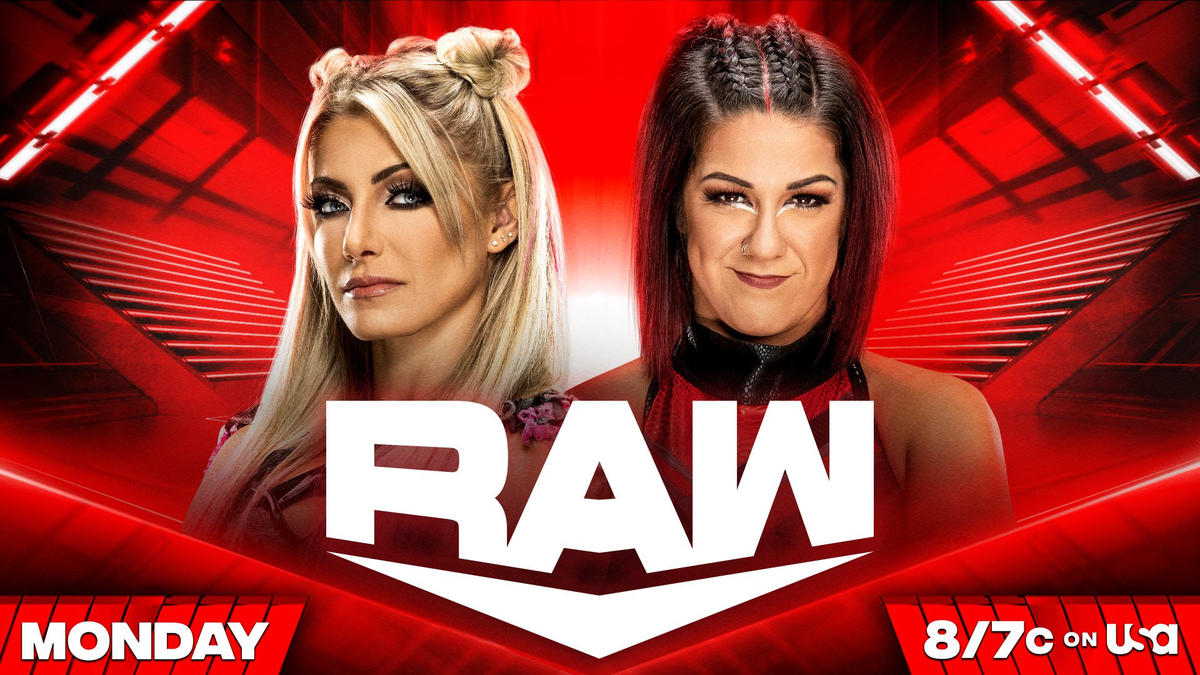 Last week on Raw, Alexa Bliss beat Becky Lynch and Nikki Cross, while Bayley defeated Asuka and Rhea Ripley in triple threat matches that featured former Raw Women’s Champions. That leads us into this week with the two winners going one-on-one to determine who will be next to challenge Raw Women’s Champion Bianca Belair.

Since Bayley and her Damage CTRL allies played a part in Lynch losing the triple threat match last week, it wouldn’t be a surprise to see Lynch involved in the match somehow.

There will likely be more matches announced for Raw throughout the day on WWE’s social media outlets.