A look at some of the big matches that WWE is advertising for the December 19th edition of Monday Night Raw.

Tonight’s episode of WWE Monday Night Raw from Des Moines, Iowa is the last new episode of Raw this year. That’s because next week’s Raw is expected to be some sort of “Best of 2022” episode rather than a live or taped edition of the show. 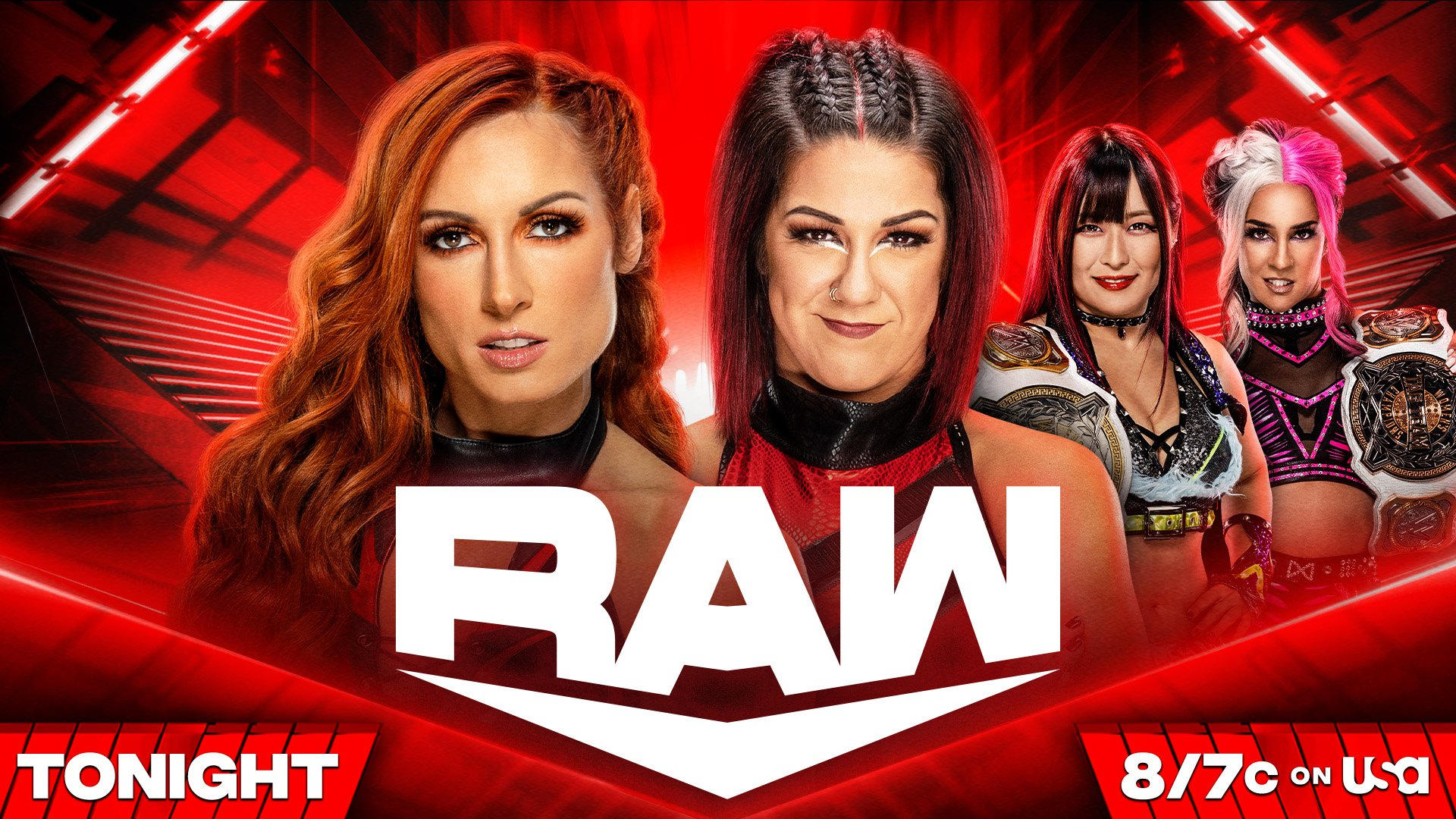 One of the big matches advertised for Raw includes Becky Lynch facing Bayley in singles action. The unique thing about this matchup is that they have only had one singles match on the main roster. That lone match took place on the April 30, 2019 edition of Smackdown when Lynch was the Raw and Smackdown Women’s Champion (aka “Becky Two Belts”) and Bayley was still a babyface.

Another match taking place on Raw is the likely feud-ender between The Miz and Dexter Lumis, who has had Johnny Gargano doing the talking for him in this rivalry. It was revealed by Gargano that Miz paid Lumis to attack Miz repeatedly, but then Miz stopped Lumis and that led to issues between them. They have wrestled since then, including Lumis earning a Raw contract recently, but now it’s a Winner Takes All Ladder Match.

The Miz has been irate ever since Dexter Lumis defeated him to earn a WWE contract.

After the win, Lumis took the money that was owed to him by The Miz and handed it out to the WWE Universe.

Now, after weeks of abductions, matches and backstage confrontations, the two Superstars once again come to blows in a “Winner Takes All” Ladder Match.

Catch the epic showdown between The Miz and Dexter Lumis with two bags of money hanging high above the ring, next Monday at 8/7 C on Raw on USA!

A third match has been announced with The Street Profits (Montez Ford & Angelo Dawkins) in action against The Judgment Day’s Finn Balor and Damian Priest. Ford tweeted about it.

AN EARLY GIFT FOR THE WWE UNIVERSE.

PUT YO MF SEATBELTS ON,

CUZ WE MAY SLAP A BIH.

Last week’s Raw also saw WWE Official Adam Pearce “fire” Bobby Lashley. However, the next day, Pearce posted a video message saying Lashley was not fired. That storyline will likely be continued on Raw as well.

As usual, I will have a review of this week’s Raw on TJRWrestling. It likely will be posted on Tuesday morning since I won’t have much time tonight. There will be live Raw reviews again in January 2023.

Tony Khan Had Bigger Plans For The Briscoes/FTR Feud