Ric Flair has an opinion on who he thinks is the greatest performer in the history of the pro wrestling business.

When you ask wrestling fans who the greatest wrestler of all-time is (or the “GOAT” as some people say), you might get a lot of different opinions. Names like Hulk Hogan, Steve Austin, John Cena, The Undertaker, The Rock and countless others get mentioned if you only want to talk about WWE history.

The legendary Ric Flair is also mentioned a lot due to his incredible longevity in the business while some people may go with a current wrestler like the Undisputed WWE Universal Champion Roman Reigns or Chris Jericho, who is still competing at a high level in his early 50s.

While winning World Championships isn’t the most important thing in a scripted product like pro wrestling, a lot of people acknowledge how impressive it was that Flair and Cena won 16 World Titles in their wrestling careers.

When it comes to who he thinks is the greatest performer in the history of pro wrestling of all-time, Ric Flair told the WWE After The Bell podcast that he would go with fellow two-time WWE Hall of Famer Shawn Michaels.

“I don’t think twice. The greatest performer in our business of all time is Shawn Michaels. That’s hard to argue. He can work both ways. You know, he’s a phenomenal babyface and all that, but when he was younger, Shawn can be a prick, which made it real and it came across.”

“I mean, Shawn is the first guy to do the moonsault and all that. If you think about it, those matches he had with Taker, even despite their size difference. Literally, he carried me in that match in 24. So I think that I had a lot of influence on the young guys, like him and Hunter and that, and certainly, there’s a place for me in that, but I can’t ever tell you that my skill was that of Shawn Michaels.”

By 24, what Ric Flair was referring to was his last WWE match at WrestleMania 24 in 2008 when Shawn Michaels famously beat him with a superkick after saying: “I’m sorry, I love you.” Flair did wrestle again after that, but it was outside of a WWE ring. 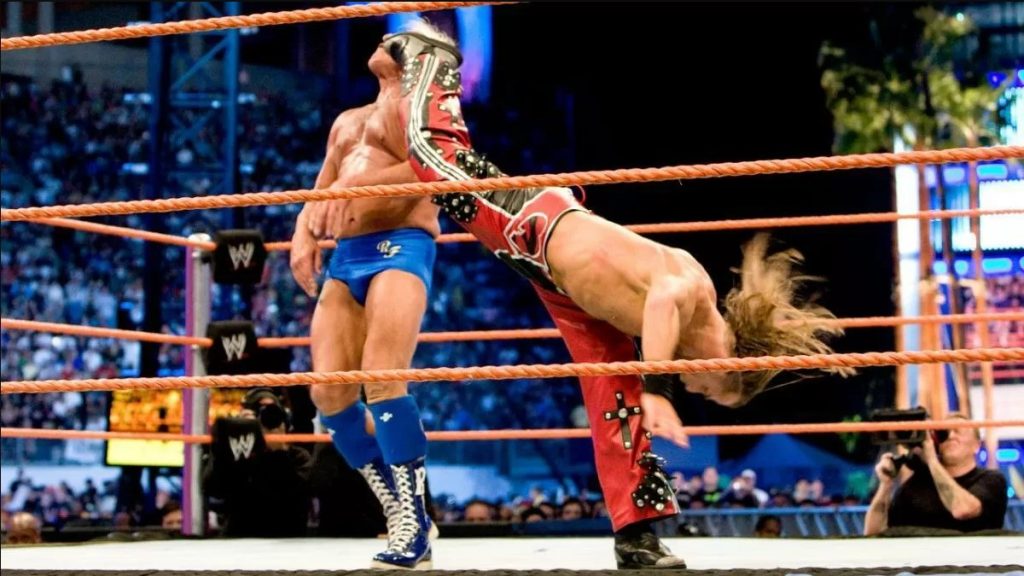