There was a shocking release by WWE today with the news coming out that former WWE Champion Jeff Hardy has been let go by the company.

The news of Hardy’s release was first reported by Sean Ross Sapp of Fightful on Twitter.

Sapp went on to note that WWE “offered Jeff Hardy help and rehab, and it was not accepted.”

The 44-year-old Hardy was sent home following last Saturday’s live event in Edinburg, Texas. Jeff Hardy was wrestling in the main event with King Xaiver Woods and Drew McIntyre vs. The Bloodline (Roman Reigns and The Usos) in a six-man tag team match. During the match, Hardy was the face in peril for most of the match as he took the punishment from Roman Reigns and The Usos but once he tagged out of the match, Hardy left through the crowd and did not return to the match.

It was then reported by PWInsider that Hardy was sent home after that show and did not appear at WWE’s live event in Corpus Christi, Texas last Sunday.

Hardy was on the receiving end of a mild push on Smackdown of late. At last month’s Survivor Series pay-per-view, Hardy was the last man on the Team Smackdown before falling to Seth Rollins. Hardy was also a recent guest on Steve Austin’s Broken Skull Sessions on Peacock/WWE Network where he made it clear that he wanted to challenge for the Universal Title held by Roman Reigns, but obviously, that can’t happen now.

During Hardy’s appearance with Austin, he talked about his long history of alcohol and substance abuse issues while noting he is past that. Obviously, if WWE wanted him to go to rehab and he refused then something has come up. 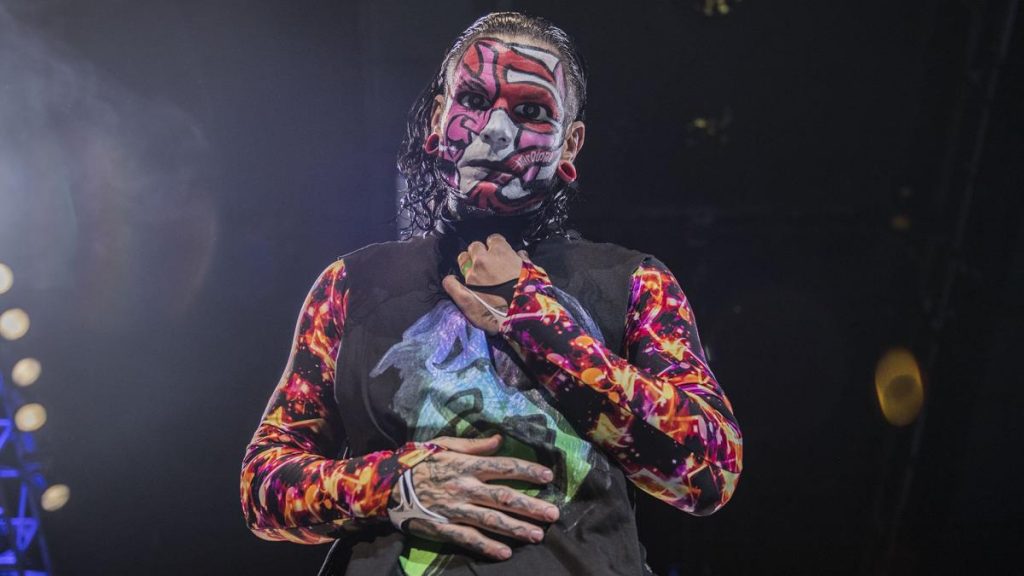 Jeff’s older brother Matt, who works for All Elite Wrestling, commented on Jeff being sent home over the weekend:

“I did speak to Jeff for a little bit today. He’s okay. He’s good. I think he’ll be fine. Once again, this isn’t my business. If he wants to go into it with more detail, he’ll do it himself. Jeff is okay. He is at home and okay.”

WWE has yet to publicly comment on Jeff’s release.

We will update this story throughout the day should more info become available. We wish Jeff the best with his wife and two young daughters.