Corey Graves has his pick for the WWE Match of the Year while claiming that if you argue with him, “you don’t know what the hell you’re talking about.”

As the main color commentator on WWE Monday Night Raw as well as WWE Premium Live Events, Corey Graves gets paid a lot of money to give his opinion on things. Sometimes Graves is a bit evil on commentary by siding with the heels on Raw, but he has shown a propensity to make his points well, which is why he is respected as an announcer after ending his in-ring career last decade.

While Corey Graves could have picked one of his wife Carmella’s matches as the best of the year, he went in another direction.

On the latest episode of WWE’s After The Bell podcast hosted by Corey Graves and his fellow Raw announcer Kevin Patrick, Graves picked June’s Hell in a Cell match between Cody Rhodes and Seth “Freakin” Rollins as the WWE Match of the Year.

“The match of 2022 I don’t think this is going to come as a surprise to anyone listening, Cody Rhodes, Seth ‘Freakin’ Rollins inside Hell in a Cell. This was as close to perfect as anything gets. I will never, as long as I live, forget the collective gasp of the WWE fans in Chicago when Cody took his ring jacket off and everybody got eyes on that disgusting purple and black and blue wound that he was insane enough to fight through.”

“I am as aghast as anybody watching at what Cody is putting himself through right now. I am convinced he’s out of his mind. He’s never going to compete again. This is dumb. This isn’t safe. I was hanging on every movement.”

“Anyone arguing with me, you don’t know what the hell you’re talking about. This was as close to perfect as anything gets.”

“Hell in a Cell, to me, was the greatest match of the trilogy. The rivalry, the promos back and forth, the vitriol between Rollins and Rhodes, the backstory—Everything about it to me was a perfect sports entertainment story in the year 2022.” 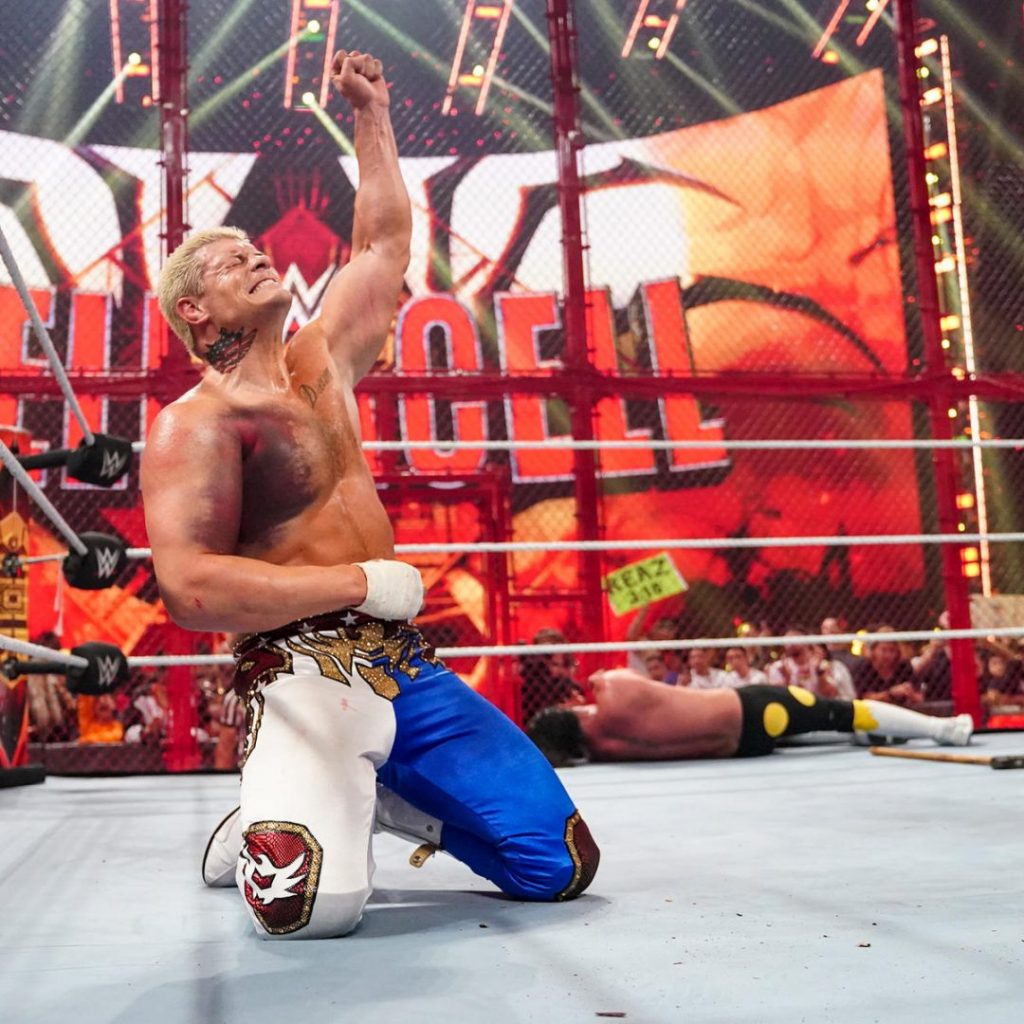 In case you need a reminder, Cody went into the match with a torn pectoral muscle that led to visible purple/blue/red bruising on his right side, but Cody worked through it because he was told he couldn’t do more damage to the injury. Cody is expected back in the WWE ring very soon following his recovery from surgery over six months ago.

.@WWEGraves gives his pick for Match of the Year on #AfterTheBell, available now on @Spotify or wherever you get your podcasts! What’s your pick? Let us know in the comments!