Brock Lesnar is heading back to WWE Monday Night Raw even though the last time he was on the show, it was not a fun time for him!

On the October 17th episode of Raw, Bobby Lashley started the show with a promo calling for Brock Lesnar to come out there. The reason for that was because one week earlier on Raw, Lesnar attacked Lashley before his US Title defense against Seth “Freakin” Rollins. Since Lashley was hurt during the match, Rollins beat Lashley in under three minutes to win the US Title. Lashley was justified in blaming Lesnar for the title loss.

When Lesnar answered Lashley’s call on the October 17 Raw, Lashley was ready for Lesnar and clearly got the upper hand during their fight. It was a bit even early in the battle, but then Lashley broke free and tackled Lesnar on the commentary table. Moments later, Lashley picked up Lesnar and gave him a spinebuster through the table. The fans were strongly cheering “Bobby” for Lashley while Lesnar was down on the table selling. Lesnar also had a bit of a smirk on his face as he sat up after the fight as if to suggest he was impressed by Lashley. 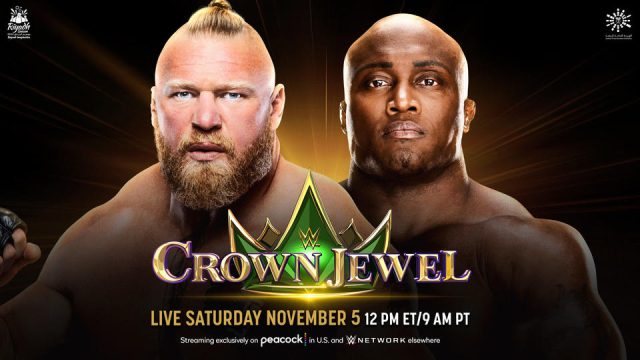 Lesnar and Lashley are scheduled for a big singles match at WWE Crown Jewel on November 5th. The first time Lesnar faced Lashley was at Royal Rumble 2022 when Lashley beat Lesnar for the WWE Title thanks to Reigns and Paul Heyman screwing Lesnar out of the title. Perhaps it will be more of a fair fight this time around at Crown Jewel.