The WWE Crown Jewel Premium Live Event is in the books. It wasn’t as good as Extreme Rules, but I thought it was a solid wrestling show from top to bottom.

It’s refreshing to see these Saudi Arabia shows have some meaning behind them because the early ones were not good at all. They were glorified house shows. Finally, WWE realized they needed to make these shows more appealing and that’s what they’ve done for the most part. Check out John Canton’s Crown Jewel recap here in case you missed anything on the show. 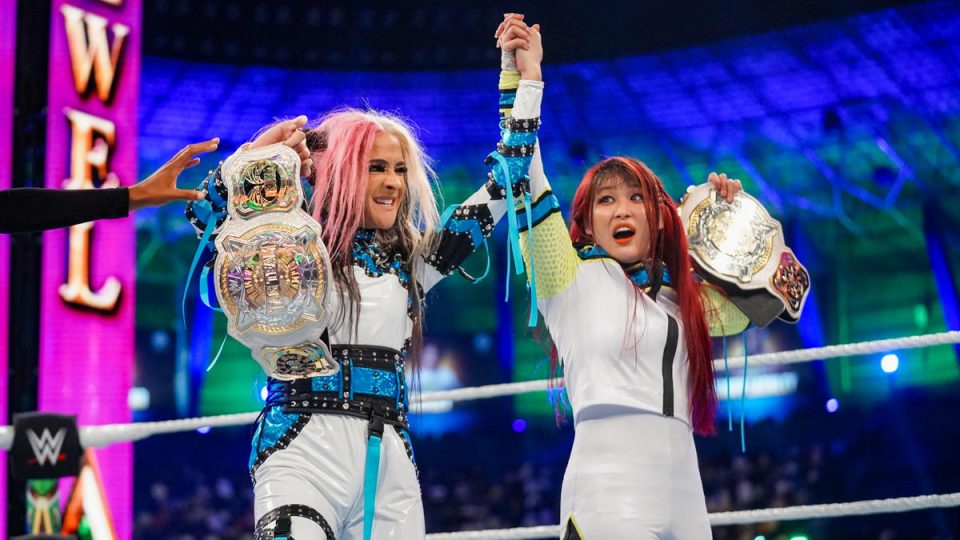 In somewhat of a surprise, Dakota Kai and Iyo Sky defeated Asuka and Alexa Bliss to become the new Women’s Tag Team Champions. Asuka and Alexa only had the Tag Titles for Six days. It’s weird that they would swap the titles less than a week later but I don’t mind it. We’ve witnessed a lot of year long title reigns over the last decade. Mandy Rose, The Usos, and Roman Reigns are current champions who have held their titles for more than a year. So, I don’t mind a hot potato of a title as long as it fits the story and it makes sense. This did once you factor in Nikki Cross screwing Alexa Bliss out of the match. They’re former friends so it looks like Nikki Cross may be on Team Damage CTRL at WarGames.

What’s next for the Women’s Tag Team Titles? Well, it’s clear that the titles are getting more focus under Triple H. Just seeing them on a Premium Live Event other than WrestleMania is a nice change from the previous regime. I do think it is possible Sasha Banks and Naomi return to take the titles off Damage CTRL but you never know. I’m just glad they’re putting some time into it.

#4: THE JUDGMENT DAY DEFEATED THE O.C. 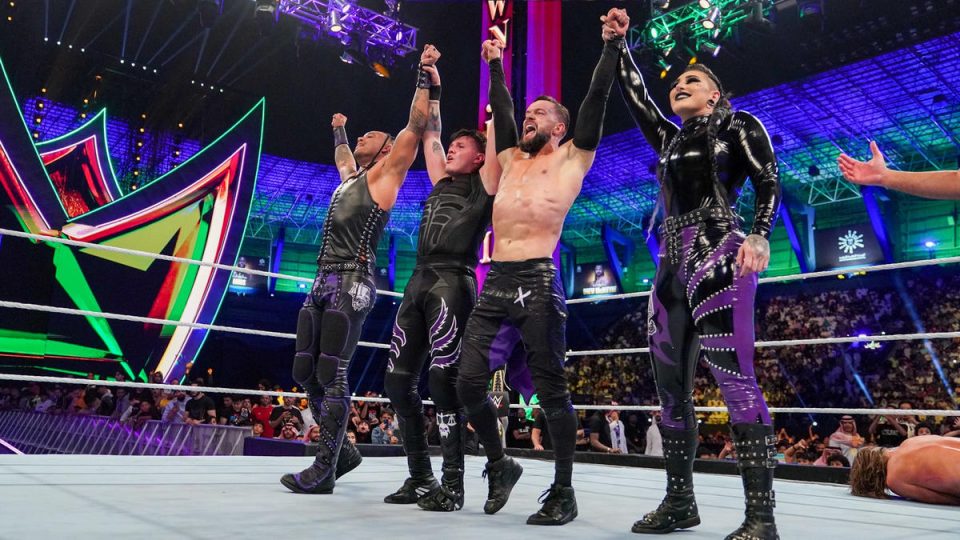 This is another one that surprised me. I figured The O.C. would win their first PLE back but I guess this means the feud will continue which I do not mind. I’m a fan of all the competitors. It was a good match. Not great by any means but it was good. Karl Anderson has been an exceptionally good worker since coming back to WWE. He’s been working like he has something to prove and it’s noticeable. Of course, Rhea Ripley played a factor in the decision. It’s all leading to The O.C. bringing in a woman to combat Rhea. I think it is leading to Beth Phoenix returning to battle Ripley. The little hint of Rhea’s hair was a giveaway. They could bring in somebody like Mia Yim, but I just think Beth fits the story better. It could lead to a 4-on-4 at Survivor Series. It could also lead to Beth and Rhea in a singles match. I’m okay with either one. I’m interested in the story and that’s what matters. 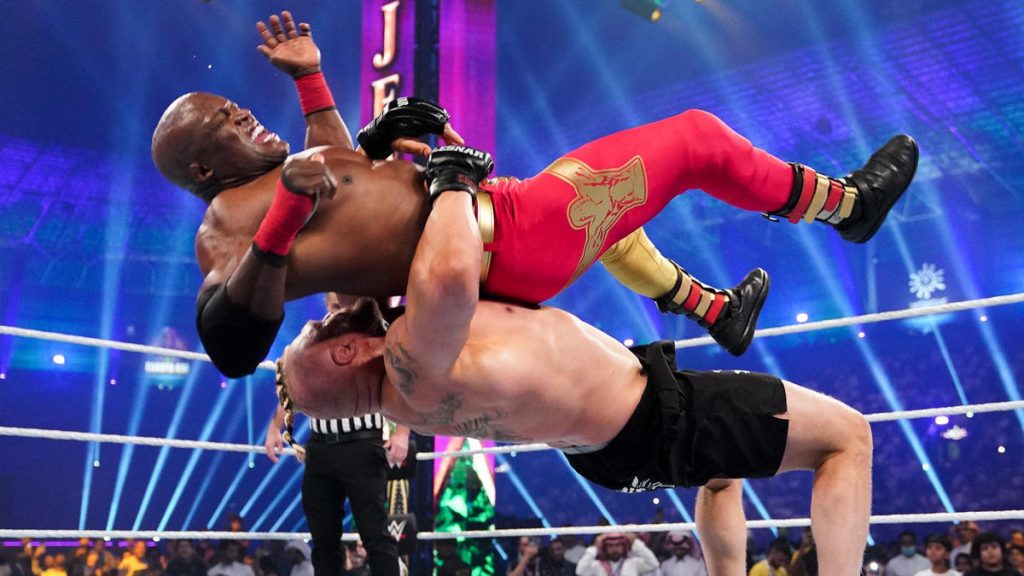 The result I am not surprised about. The layout of the match is what surprised me. Bobby Lashley basically beat Brock’s ass the entire match. There were moments of offense for the Beast but most of the match was just one giant ass whooping by The Almighty. Unfortunately, Bobby fell victim to the old push-off-the-turnbuckle trick that we’ve seen so many times. When Bobby applied The Hurt Lock, Brock scored a quick victory by pushing off the turnbuckle and pinning Bobby to the mat. Bobby attacked Brock after the match so there’s a third match coming. It might be the Royal Rumble. They could hold off until WrestleMania 39. It’ll be interesting to see if that is some sort of heel turn for Lashley or if it was more of a frustrated attack after a loss. I know he wants The Hurt Business back together so we will see. It was a solid match, but you could tell they were saving some stuff for a third match. 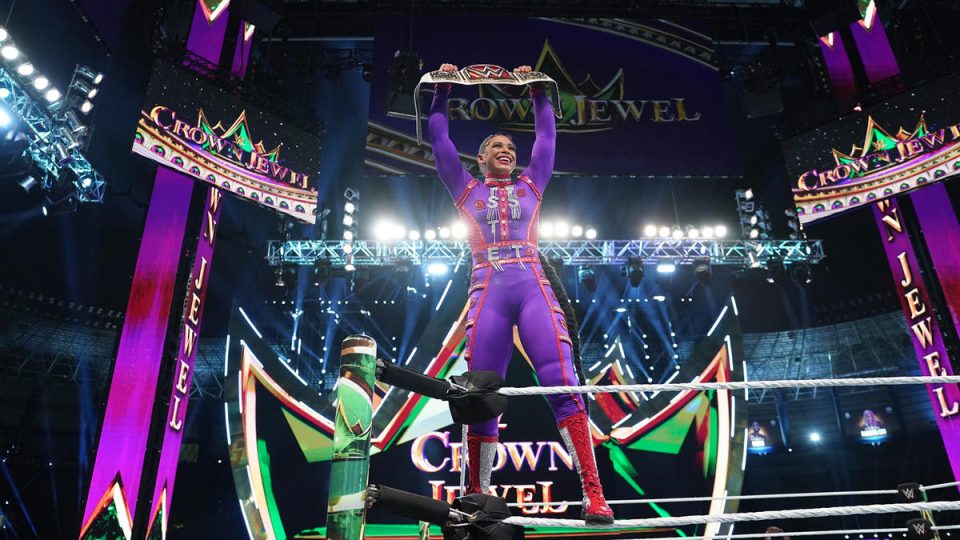 This result surprised me a little bit because I thought Bayley would win the Raw Women’s Title, especially after Iyo and Dakota won the Tag Titles. Bianca continues her dominant reign. Her Raw Women’s Title reign has been miles better than her Smackdown Women’s Title reign just by booking and sheer volume of importance. She’s held the title for over 200 days so far. Seven months in and it doesn’t look like an end is in sight. It was a great match. Probably my match of the night even with the main event. It had everything. Even a creative finish with pinning Bayley between the ladder. It seems as if this one-on-one rivalry is over. Bianca has beaten her clean as a whistle at Extreme Rules and Crown Jewel. The only thing left now is War Games. I think Damage CTRL will be on one side against Team Bianca. It’s just a matter of who fills out the teams. I’m very interested in it. 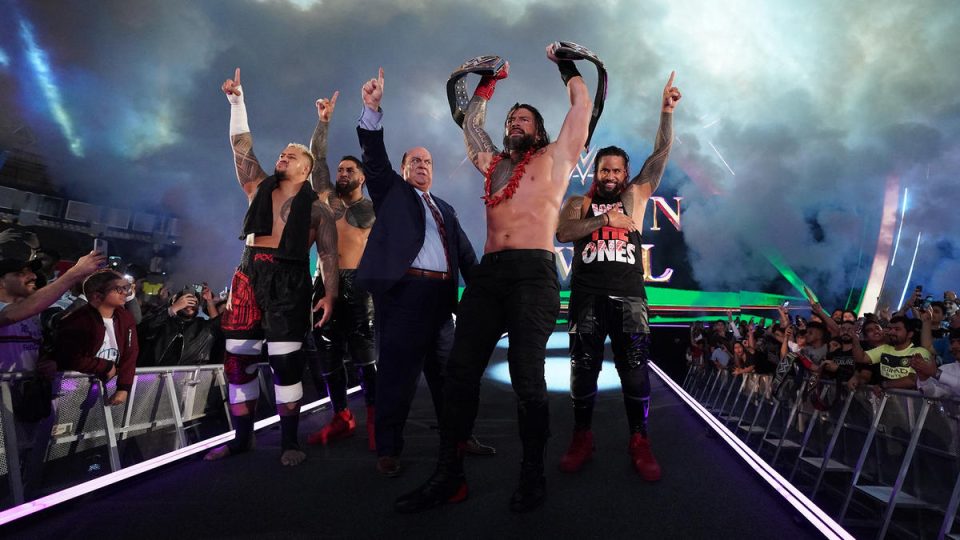 This is a match that surprised a lot of people, including myself. Logan Paul went all out for the Undisputed Championship. I don’t think anybody actually expected him to win but he put on one hell of a showing. It’s even better when you realized he tore his Meniscus, MCL, and possibly his ACL halfway through the match. I would say this is Roman’s second best one on one match of the year behind Brock at SummerSlam. Say what you want about Paul but he proved he belonged in this match. To do what he did with the injuries he sustained earns a lot of respect from me. If those are the injuries, he’s probably looking at a 7-9 month recovery time frame so he’s going to be out for a while.

This was a statement match from Logan and Roman Reigns. Roman doesn’t wrestle a lot now so when he does, all of his matches have big fight feel to them. I assume Roman will be at Survivor Series to compete in War Games. After that, many speculate The Rock is on the horizon at WrestleMania. We’ll see what the future holds for the Tribal Chief.

Braun Strowman defeated Omos in what was probably Omos’ best singles match to date. It went a lot better than I expected. Omos is improving, however small the improvement might be.

The Usos defeated The Brawling Brutes to retain the Tag Titles. Pretty much everybody saw this coming. The Usos are likely going to break the Tag Team Title record Friday on Smackdown.

Drew McIntyre defeated Karrion Kross in a steel cage. The finish gave Drew the win but it also protected Kross in that he wasn’t pinned or submitted so I think it accomplished its goal.

Bray Wyatt cut another memorable promo. He’s nailing this storyline right now and the fans are buying in. We got more cryptic messages. I’m okay with a slow burn but we should probably see some sort of reveal soon or the fans may start to lose interest.

That’s it for the Crown Jewel recap. I thought it was a solid show top to bottom as far as wrestling goes but nothing really noteworthy happened. Next on the agenda is Survivor Series War Games. It’s probably the most I’ve looked forward to Survivor Series in over a decade. Let’s see how they deliver.