Welcome back. TJR readers! Did you spend all day Friday praying for the people in Florida, and missed WWE Smackdown? Perhaps you spent all day Monday mourning the loss of a Japanese legend, and missed Raw.

Before I get to the Top Ten This Week I would like to take a moment to give my condolences to the friends and family of Sara Lee. Lee was the Season 6 Winner of Tough Enough in 2015 and passed away this week at the way to early age of 30. Lee was married to former WWE Superstar Wesley Blake and left behind three young children. A GoFundMe was set up by former WWE Superstar Bull James.

10. AEW Battle for the Belts IV to Take Place Tonight

AEW is once again ready to have its competitors battle for a few of their many belts. Tonight after Rampage, AEW is set to air Battle of the Belts IV. Three title matches have been announced for the show including Jade Cargill defending the TBS Championship against Willow Nightingale. FTR will defend the ROH Tag Team Championships against Gates of Agony. Finally, Trent Beretta will challenge Pac for the AEW All-Atlantic Championship. This should truly be a special event, as you usually only get to see this many title matches on AEW TV about once a week. (TJRWrestling)

After a less-than-stellar main roster run, Veer Mahaan has returned to NXT. Mahaan appeared this Tuesday on NXT, walking in during a backstage segment with his former tag partner Sanga. Mahaan originally debuted in NXT in 2019, before being called up to the main roster in an alliance with Jinder Mahal and Shanky. WWE then attempted to repackage Mahaan, with vignettes of his upcoming re-debut airing for an incredible six months. When Mahaan finally did return to Raw, it was only for four months before he was pulled from television again after Triple H took over the WWE creative team in late July. Hopefully Mahaan can find more success back in NXT, or he may be working on vignettes for AEW. (TJRWrestling)

8. NXT Gets a New Set and Color Scheme

The psychedelic colors are finally gone in NXT. This week NXT introduced a brand new set and color scheme, matching the new gold and white logo that was introduced a few weeks ago. Pretty Deadly beat The Brawling Brutes in the main event to retain the Tag Team Titles thanks to an assist from Imperium. There are more changes to coming to NXT’s commentary team as we will cover a bit later. Finally, the show is now just being referred to as NXT, with the 2.0 being removed. Luckily however to the relief of John Canton, Mandy Rose is still a part of the show. (TJRWrestling) 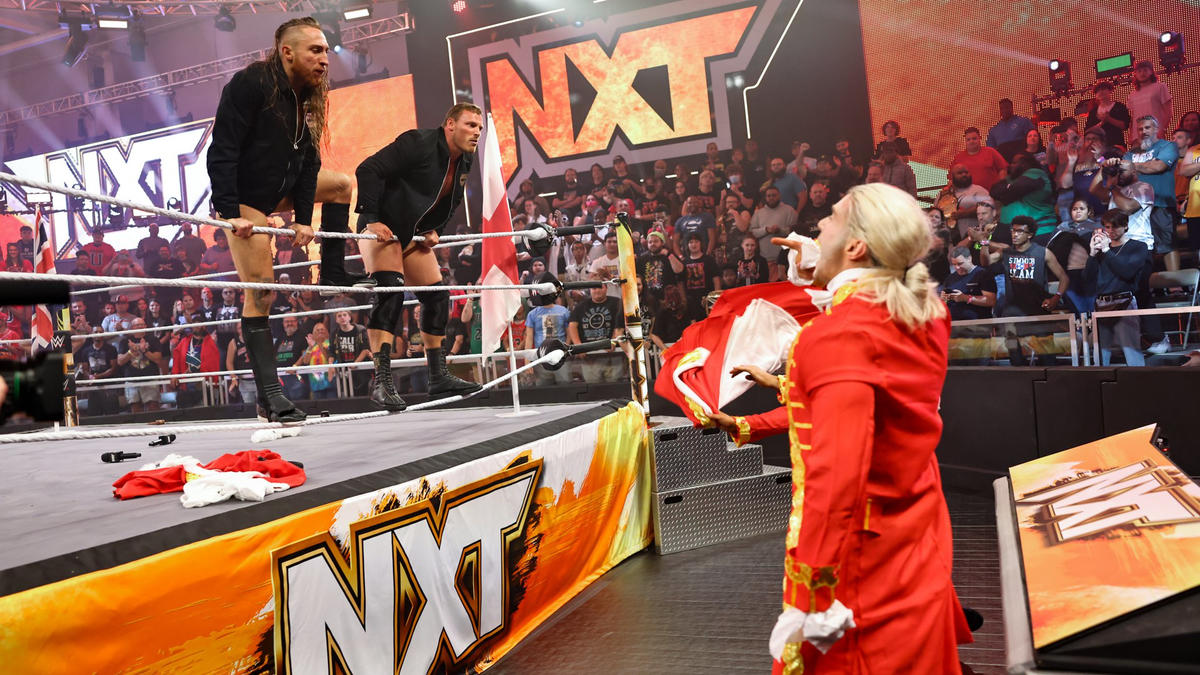 7. LA Knight to Return to WWE

Max Dupri is no more in the WWE. This past Friday on Smackdown, walked out on the Maximum Male Models group while they were posing backstage. This is reportedly leading to the Dupri character being dropped altogether, with him returning to his NXT character of LA Knight. The character of Max Dupri was a Vince McMahon creation, with it not being surprising that Triple H would have him revert back to the character he had success with in NXT. Mace and Mansoor along with Maxxine Dupri are expected to continue with the Maximum Male Models group, as even Triple H can’t fix everybody. (TJRWrestling)

6. WWE to Celebrate 25 Years of D-Generation X This Monday on Raw

Are you Ready? This coming Monday on Raw, WWE is going to celebrate the 25th anniversary of D-Generation X. Triple H, Shawn Michaels, Road Dogg and X-Pac are all scheduled to appear on the show. One living member who is likely not to appear is Billy Gunn, as he is currently employed by AEW. Having a bunch of 50-year-old men telling people to “Suck It” may feel strange for the WWE locker room, as recently they have been used to a man in his late 70s doing it. (TJRWrestling)

One of the greatest MMA fighters of all time is set to make his WWE debut at Extreme Rules this Saturday. It was announced this week that UFC Hall-of-Famer Daniel Cormier will be the special guest referee for the Fight Pit Match between Seth Rollins and Matt Riddle. Cormier is a former UFC Heavyweight and Light Heavyweight Champion as well as a former Strikeforce Heavyweight Grand Prix Champion. Interestingly, WWE Hall of Famer Kurt Angle actually refereed the first Fight Pit Match between Riddle and Timothy Thatcher in NXT. Angle could have been considered to referee this match as well, but didn’t want to risk doing anything to ruin the memory of his legendary retirement match. (TJRWrestling) 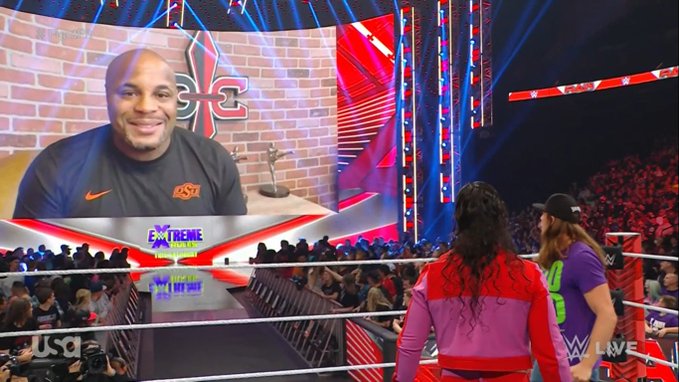 4. WWE Switching Up the Commentator Booths

Triple H has decided to switch things up again; this time affecting all of the commentary teams. Beginning with tonight’s Smackdown, it will now be Michael Cole and Wade calling the action. Taking Barrett’s place on NXT will be Booker T, who will call the action alongside Vic Joseph. Over on Raw, it will now be Kevin Patrick joining Corey Graves at the commentary table. Former Raw commentator Jimmy Smith is officially done with the company altogether, while Byron Saxton and the returning Cathy Kelley will handle the backstage interviews. For those of you worried that TJRWrestling will be switching up its writers as well, worry not as no one wants to write as much as John Canton does. (TJRWrestling)

BOOM! Excited to bleed blue on #SmackDown alongside the GOAT @MichaelCole for a little while! What a crazy opportunity.. 🤯

WWE’s next premium live event titled Extreme Rules is set to take place this Saturday at 8PM ET. So far six matches have been announced, with all of them having stipulations. The Brawling Brutes will face Imperium in a Six-Man Good Old Fashioned DonnyBrook Match. Drew McIntyre and Karrion Kross will face off in a Strap Match. Edge and Finn Balor will try to settle their differences in an I Quit Match. Matt Riddle and Seth Rollins will face each other in a Fight Pit Match, with Daniel Cormier as the special guest referee. Bianca Belair will defend the Raw Women’s Championship against Bayley in a Ladder Match. Finally, Ronda Rousey will challenge Liv Morgan for the Smackdown Women’s Championship in an Extreme Rules Match. Noticeably missing from this card is Undisputed WWE Universal Champion Roman Reigns, as his stipulation is that he only has to work important events. (TJRWrestling) 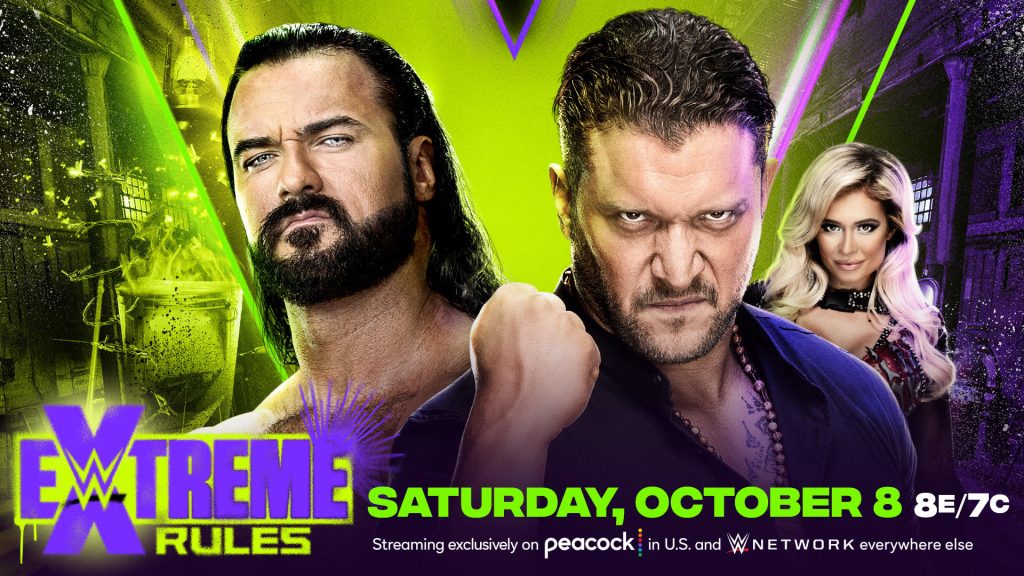 2. Sammy Guevara and Andrade El Idolo Get Into a Backstage Altercation

AEW’s backstage issues continued this week. Just a month after the now infamous backstage brawl after All Out, Sammy Guevara and Andrade El Idolo decided it was their turn to fight. Issues between Guevara and Andrade started after Andrade made some comments about Guevara complaining that he hit him too hard in one of their matches. Things spiraled out of control on social media after that, with Andrade then confronting Guevara backstage this past Wednesday on Dynamite. This altercation then also spiraled out of control, with Guevara shoving Andrade who then punched Guevara several times. Andrade was immediately sent home after the incident, while Guevara actually competed in and won the main event of the evening. Andrade also reportedly wants to get fired from AEW, and apparently thought punching Guevara was easier than biting Kenny Omega. (TJRWrestling)

YOU didnt say shit to me you liar but heres some truth you ungrateful prick You would be jobless if it wasn’t for your dad in law. Are you really mad at me or mad at yourself for failing to get over for a SECOND time. Just go back to Wwe like we all know you want to do & fuck off https://t.co/licsudpp6o

1. Antonio Inoki Passes Away at the Age of 79

One of the biggest stars in wrestling history in both Japan and the rest of the world has passed away this week. WWE Hall of Famer Antonio Inoki died last Friday at the age of 79. Inoki was the founder of NJPW, and became one of Japan’s biggest stars in the 1970s. Inoki would then take that stardom international, with him most memorably facing Boxing Champion Muhammad Ali in a bout that was the predecessor for modern-day MMA. Inoki would continue his legendary career all the way to 2003, when he finally retired from in-ring competition. Inoki is truly one of the people who changed the wrestling world completely, and I would like to give my condolences to his friends and family. (TJRWrestling)

That concludes another edition of The Top Ten Wrestling Stories of the Week. Although I often joke, I have recently started refereeing with NYCW and FCWA, and respect more than ever what wrestlers do every week. I wrote an article all about it all right here. If you like what I do, despite my jokes being almost as bad as an AEW office party. Then follow me on Twitter @Fowlerwrestlin1. Thank you for taking the time to read this each week.