Welcome back for some more Collective Thoughts. I didn’t want to write an entire column as a eulogy. The fact is that Scott Hall was a big influence on my fandom of wrestling.

I remember Hall coming into WCW in May 1996 and just being the coolest guy on TV. I remember wanting to see him and Kevin Nash lose so badly every time out and they always seemed to come out on top. They definitely changed the business forever, regardless of people who try to detract from their impact. This was Hall’s second stint in the company, after coming in as The Diamond Studd at the start of the 90s. He then went on to have a solid singles run in the company before he started to head downhill with everything going on in his personal life. As someone who was the child of addiction, I know it’s a hard thing to get over. I thought his time in WCW was good, but it could have been a lot better. I am not saying Hall deserved to be World Champion (although he definitely did), but I thought his matches weren’t as impactful as they might have been in the years prior. A lot of that was his own doing, but it would have been awesome to see him make more of the impact of a single in the company. By the time it came to an end, it felt like Hall had more in the tank. 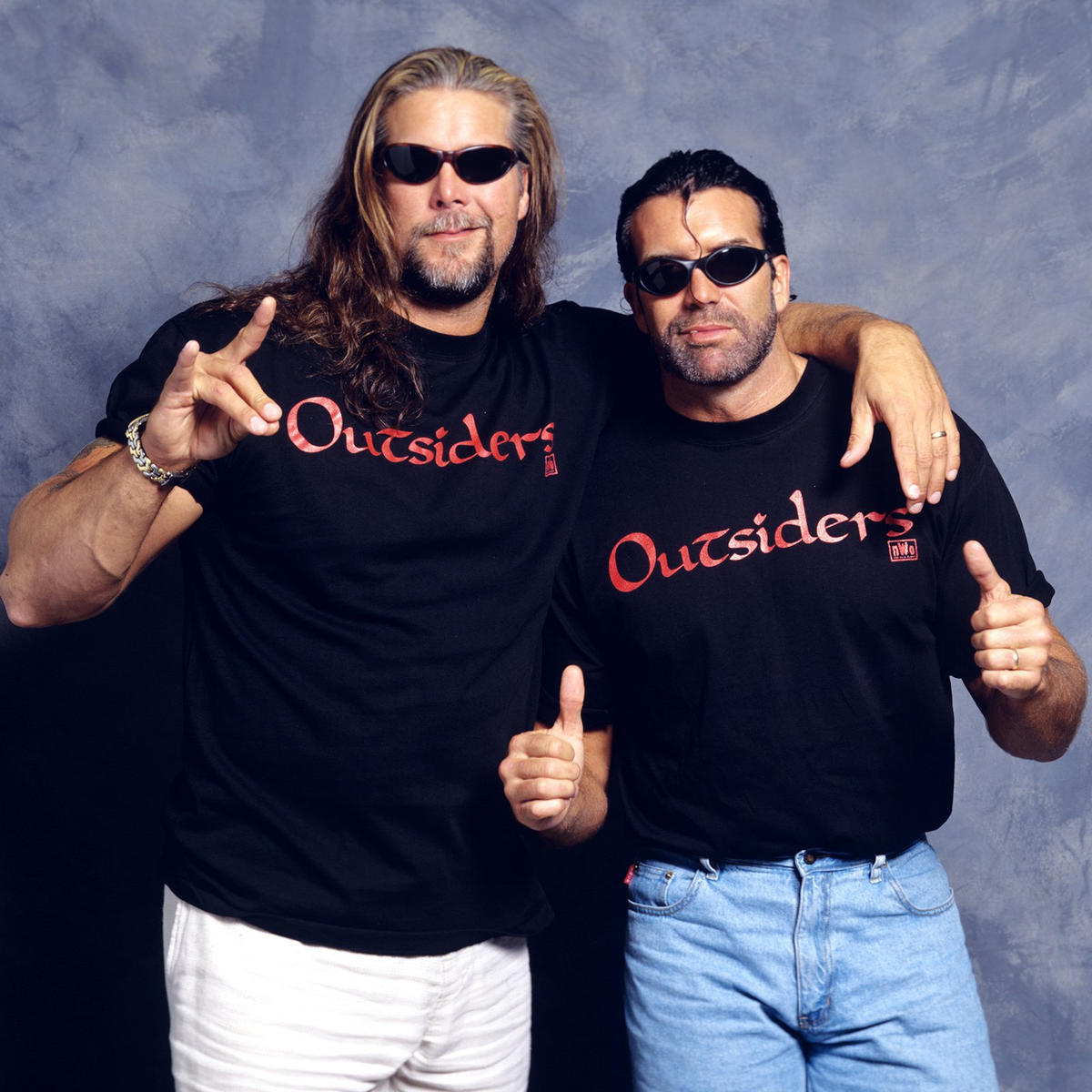 You’re probably wondering why I started with his run in WCW before talking about the persona that put him on the map. It’s because I have a long documented history of being a big WCW mark, and I watched the WWF/E very little, if ever. It’s weird because I grew up in the Northeast, but something about WCW was more enjoyable. I’ve also been reviewing WCW pay-per-views for this website for several years now because I enjoyed their product a lot even though it was very inconsistent at times.

Hall was in the WWF/E in the early to mid-90s as Razor Ramon. I went back and obviously watched his matches a lot as I have gotten older and have truly felt robbed that I didn’t get to see this man in his absolute prime. Even from his debut vignette, you knew this guy was destined to be a star. He went on to have classic matches with Shawn Michaels, Bret Hart, Diesel, 1-2-3 Kid, etc. As a matter of fact, Kid pinned Razor in a great angle on an early episode of Raw that I encourage everyone to check out.

As Razor, he had classic ladder matches with Shawn Michaels, the first of which (at WrestleMania 10 in 1994) is heralded as one of, if not the, best ladder match of all time. That’s high praise, especially when we see where the business is at nowadays. He would go on to hold the Intercontinental Title on several occasions was one of the biggest attractions in the business. The video below was from three years ago and you can see just how much fun Scott and Shawn were having as they watched their famous ladder match.

When he did leave WWE in 1996 when he was a free agent, I am sure it hurt Vince McMahon more than he would ever put on.

Hall would go on to have a run in TNA, but it wasn’t as impactful. It was around that time that I started to worry about him. I had never met Scott Hall or anything like that, but it was like watching a hero struggle with something you couldn’t help with. Try to tell me wrestling was fake when I was rocking the NWO shirt acting like I was Scott Hall. Then, ESPN puts out a documentary that makes him look like a joke and like he is on the brink of death. It might have been the way it was, but to put it on display like that was a little weird. I refuse to watch it a second time.

Several years ago, Scott got help from Diamond Dallas Page and started to stay with him, which turned his life completely around. He started to see shades of the man that we all fell in love with and it culminated with an induction into the WWE Hall of Fame in 2014. That is where he laid down a final crescendo to his wrestling career when he said: “Bad times don’t last, but bad guys do.”

I wish Scott Hall would have found a place in the business, even if it wasn’t in the ring. From what we have read and seen, he had a great mind for the business just like all of his friends in The Kliq – Shawn Michaels, Kevin Nash, Triple H and Sean Waltman, who were right there with him at Scott’s Hall of Fame induction. 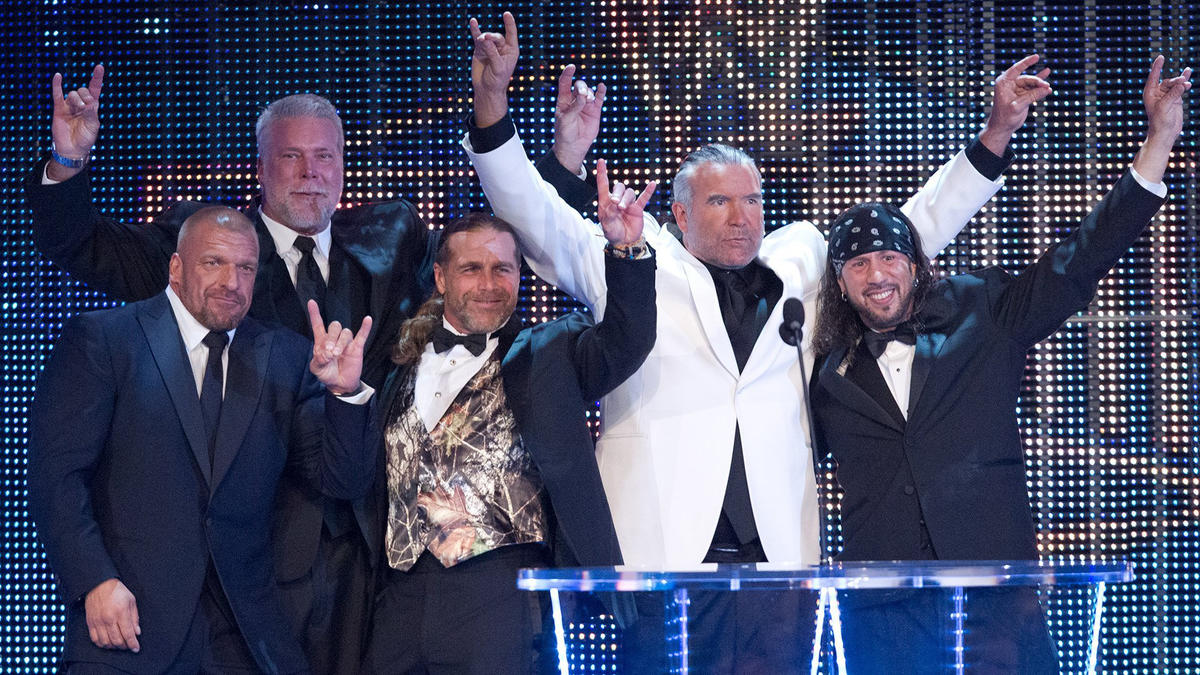 Hall was the one who introduced the “crow” gimmick to Sting that he still uses to this day. It’s just a shame that some people can’t beat the demons that consume them, but we also have to show empathy for people. Good or bad, there are more people struggling than just the person with the addiction.

I wanted Scott Hall to have a big hand in the wrestling business because he was the first guy that made wrestling, and being a bad guy (no pun intended), cool. Without the way he had done things, we may have never had the formation of the New World Order or the boom in business that we saw in the late 1990s.

Scott Hall passing away less than two weeks ago stunned a lot of people in the wrestling world. Maybe stunned isn’t the correct term to use. Hall had his demons, which were well documented, and something you hear a lot from people in families of someone struggling with addiction is that you mourn their loss way before they actually pass away. The thing with Hall is, he turned his life around and seemed to be doing great, which is rare for people who had struggled as badly as he did. So, in that sense, I am sure a lot of people who were close to him put their guard down because he was turning his life around, only to be shattered to hear the news of his passing. Hall had major hip surgery, then there was a blood clot issue and three heart attacks. It was too much to come back from.

Scott’s death was tough to hear about for this fan for sure, but Hall lived a full life, which is all someone can ask for at the end of the day.

What are your thoughts on Scott Hall? Hit me up over @collectiveheel on Twitter to let me know your thoughts. I will be back next week with the last WCW Pay-Per-View of 1999 with Starrcade. That show is legendary for a lot of reasons, which we will get into there. Take care of yourselves and each other. I will be back soon enough with some more Collective Thoughts.