The WrestleMania 33 lineup is nearly complete following this week’s editions of Smackdown Live and 205 Live. Did we mention those shows are live? Yes WWE, we know they are by now.

The Miz and Maryse talked trash about John Cena and Nikki Bella on Smackdown again, so GM Daniel Bryan put them in the tag match at WrestleMania. There was a slow build up to it in the last few weeks, so the announcement was obvious.

Also on Smackdown, AJ Styles angrily complained about management like Bryan and Commissioner Shane McMahon screwing him over week after week. He waited for Shane in the parking lot, attacked him when Shane wasn’t ready for it and Styles put him through a car window. At the end of Smackdown, Shane noted that AJ has complained about not having a WrestleMania, but now he does.

Austin Aries won an awesome Fatal 5-Way match on 205 Live to become the number one contender for the Cruiserweight Championship. He will face Neville for that title at WrestleMania.

Baron Corbin also challenged Dean Ambrose for the Intercontinental Title at WrestleMania. There was no Ambrose on the show and no official announcement made for the match, but it’s likely going to be added to the WrestleMania card soon.

Here’s the lineup that we know so far: 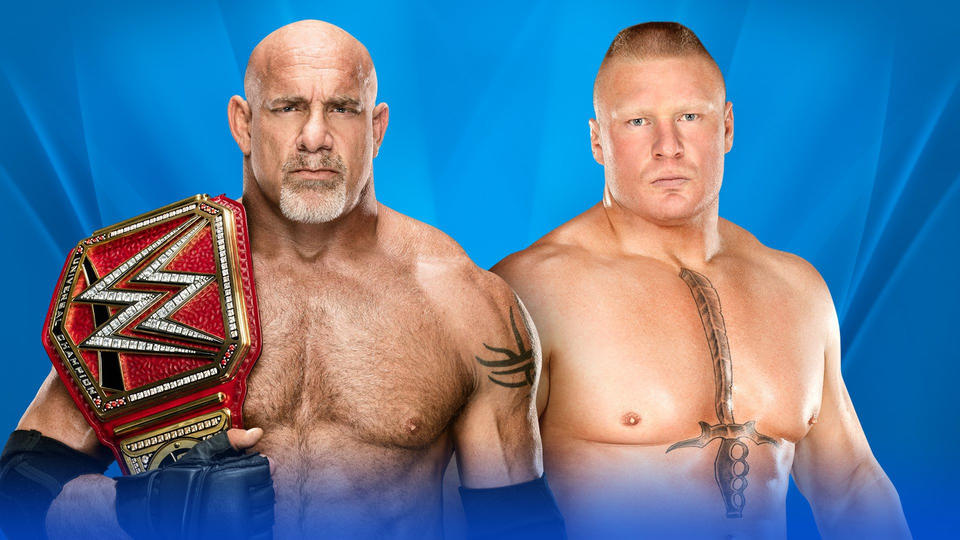 The Undertaker vs. Roman Reigns

Smackdown Women’s Championship: Alexa Bliss defends the title against other Smackdown women including Mickie James, Natalya, Becky Lynch & Carmella. There will be more of them too.

Andre the Giant Battle Royal – Big Show, Mojo Rawley, Curt Hawkins and Apollo Crews are among the people in it.

There are a few other matches that are likely for the show including these ones:

Seth Rollins vs. Triple H – It should be official next week or the week after I would imagine.

Intercontinental Championship: Dean Ambrose vs. Baron Corbin – As mentioned, Corbin made the challenge and Ambrose wasn’t on the show this week. It could be official later in the week unless they wait for next week’s Smackdown.

A Smackdown Tag Team Title match is possible too since The Usos beat American Alpha in a non-title match this week on Smackdown.

That means there will be 14 matches on the show as long as things stand that way. Names like Samoa Joe and Finn Balor (who is healthy) are not currently in matches, so they may be stuck in battle royal unless WWE alters plans for something else. I think Braun Strowman will be in the battle royal as the likely winner as well.

WrestleMania takes place on April 2 in Orlando. The PPV broadcast starts at 7pmET with an expected run time of four hours and maybe even more. The Kickoff Show will likely start at 5pmET with several matches taking place there as well. It’s going to be a long night.