Welcome one and all to a special edition of the NXT Spotlight here at TJRWrestling. With us being just days away from Takeover: Orlando, I’m going to take a look at this loaded card and see where it will take NXT as a brand afterwards.

This is the first WrestleMania weekend where Takeover will be Saturday evening, bumping the Hall of Fame to the night before as to avoid the situation last year when NXT was literally the hottest ticket of the weekend and resale values for tickets were through the roof. This year’s card doesn’t have quite the buzz, and one can only wonder if they had been proactive last year and made this move to where Takeover could’ve been at American Airlines Center (almost 20,000 capacity) instead of the Convention Center (just over 9,000 capacity), how much bigger would’ve last year’s show felt? Nonetheless, this is probably the best card NXT can produce at this time and I think it’s going to be a hell of a show.

Before I go to the preview, I do want to say that NXT did have some matches on this week’s show and I will have some quick results/thoughts on those in my Final Takes at the end of this column. 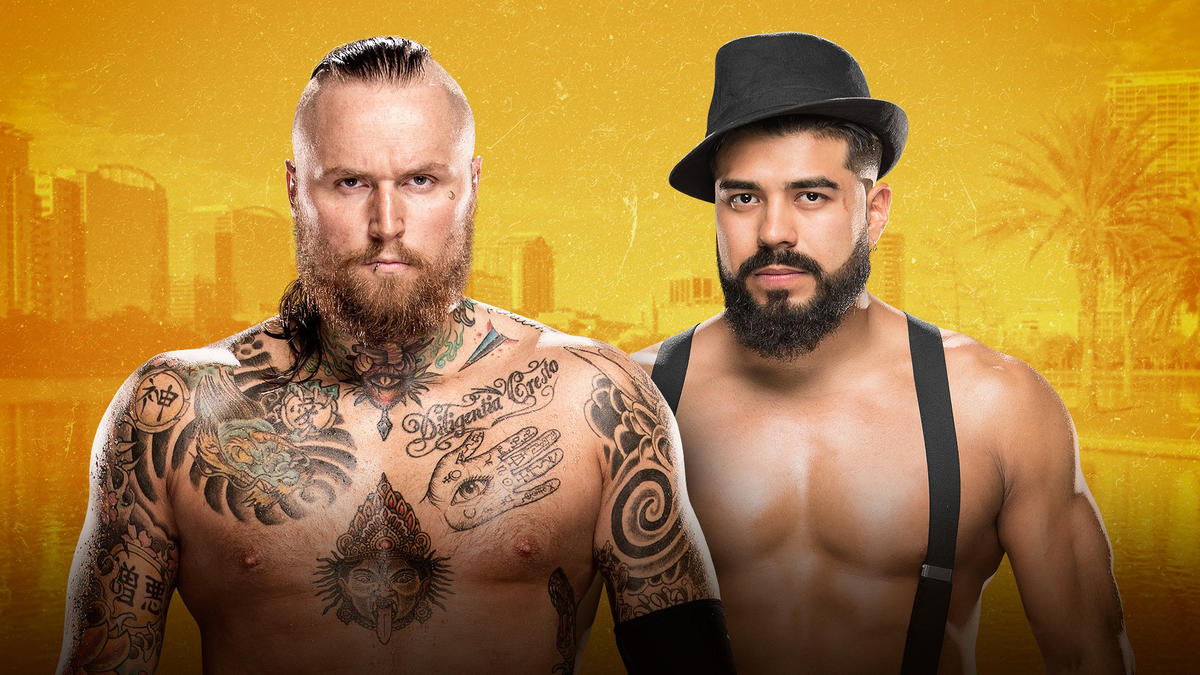 For those not in the loop, Aleister Black is the new name given to indy standout Tommy End. I’ve seen some of Black’s work in PWG and can absolutely see why WWE would want him to bolster the NXT roster. To me, he’s a mix of Jake Roberts and CM Punk. His vignettes they’ve shown to promote his debut have been captivating and unlike anything we’ve seen in NXT.

Almas has really busted his ass to find traction in the company and has had very solid matches since turning heel, but it appears NXT doesn’t see him as anything more as a stepping stone to establish new babyfaces. Almas’ match last week against Oney Lorcan was fantastic and as hard hitting as that was, I hope that was a sign of what he’s going to be able to do here against Black.

If there’s one entity in NXT that clearly has the rocket ship behind them right now, it’s Sanity. They’ve been all over NXT television the last few weeks and I think presented to be big stars. That being said, it’s helped the three babyfaces look stronger and have more fire.

I’ve enjoyed the hell out of this feud, and I really hope with the inclusion of Ruby Riot to even the sides, they’re not hot-shotting this match and have plans for it to continue past Takeover. Riot is another debut for NXT, formerly known as Heidi Lovelace on the indy scene. I’m excited for her inclusion to this storyline as any time you can get Nikki Cross more ring time, it’s a good thing.

The one thing you don’t have to worry about on Takeover shows is these matches getting enough time, so I think this could honestly steal the show since all eight will clearly be allowed to shine. As I said earlier, I hope this isn’t the blowoff to this feud as there is definitely a lot of meat left on the bone, so to speak, so in order to keep this going I think the babyfaces need to go over. 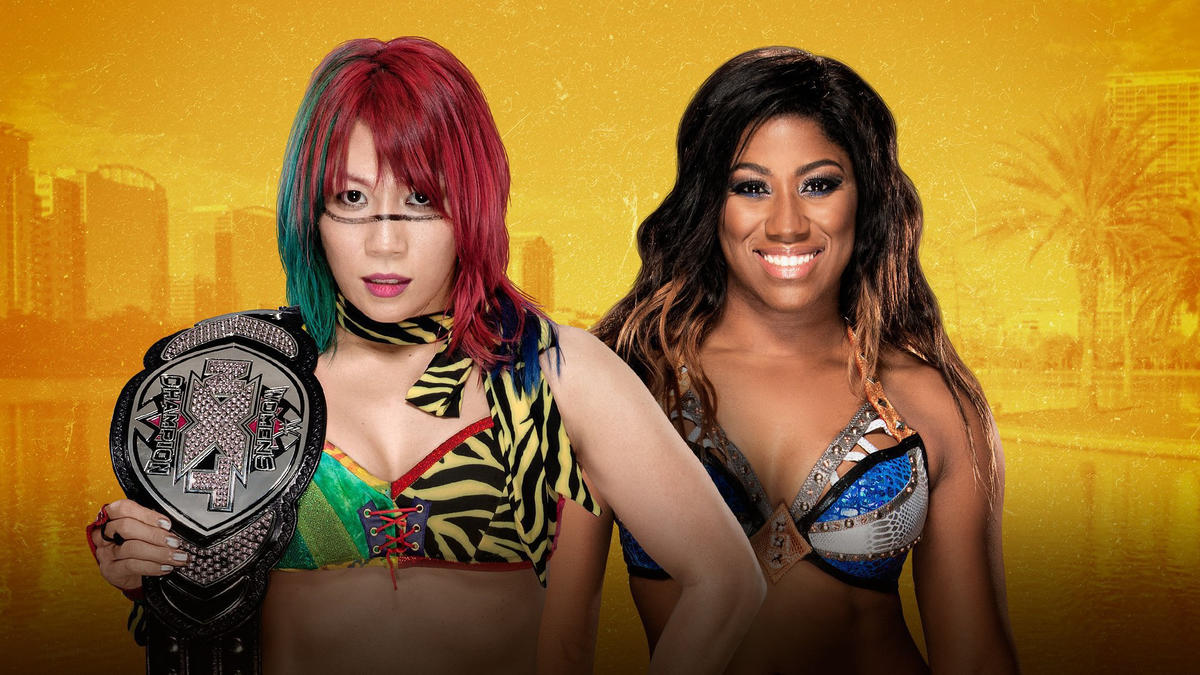 Undefeated Streak vs. Undefeated Streak. Something has to give in this match. I really expect the crowd to be hot for this match as there are so many layers to it and both women are incredibly popular. NXT did the prudent thing with Ember Moon and had a slow burn for her to face Asuka finally. Honestly, they could’ve easily done this match at the last Takeover, but the fact that they held off long enough to do the match at this show tells me that they wanted to give Ember the biggest stage possible to present her as the next big thing in the women’s division.

I stated last week that I don’t understand why they seem to always present Asuka as a heel right before her matches but a babyface all other times, but nonetheless I would expect her to work heel in this match. The story, besides neither woman never having loss before, is can Ember hit the Eclipse on Asuka? I think The Eclipse is one of the best finishers in WWE and the fact they’ve been highlighting is as a dangerous move has really added another element to it.

Last year at Mania weekend, it was Bayley passing the torch to Asuka and this year I believe it will be Asuka doing the same to Ember. I don’t foresee Asuka coming to the main roster any time soon, but they do need more established stars in that division and now is the perfect time to make one. I wouldn’t be surprised if they have Asuka kick out of The Eclipse, but ultimately in some fashion, Ember Moon will claim her first championship. 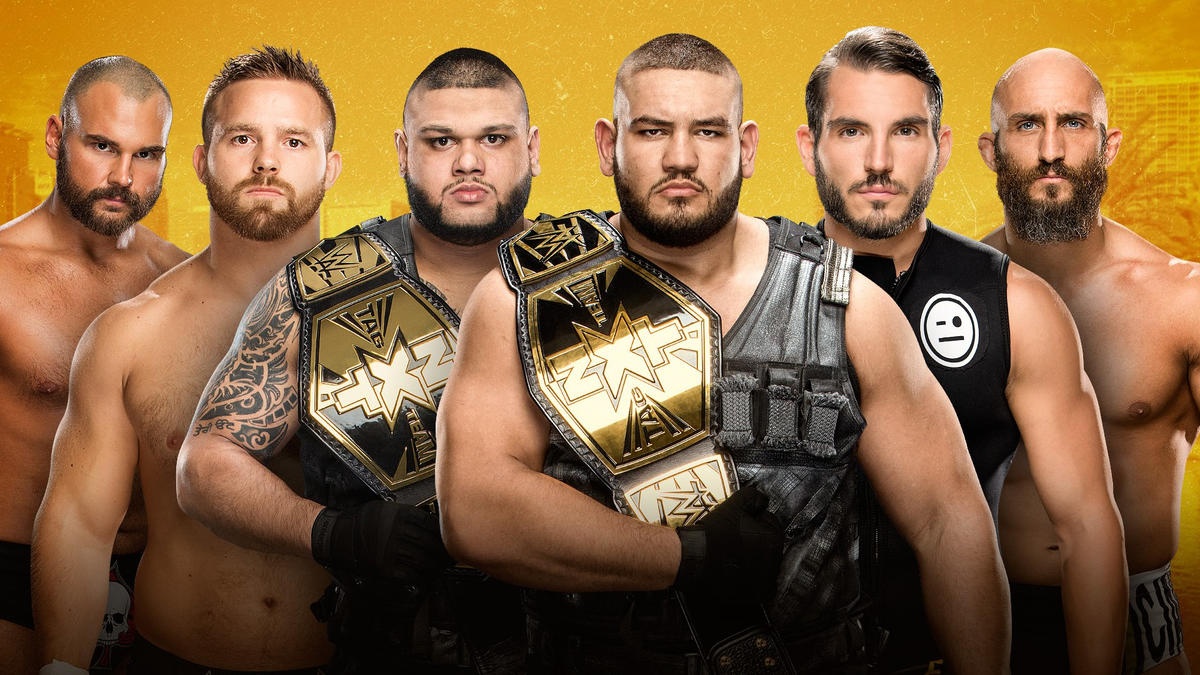 It’s astounding to me that The Revival were left off of Takeover in San Antonio. Hell, they were left off the entire weekend as they didn’t even appear at the TV taping that took place before Takeover. The Revival are arguably the greatest tag team in NXT history and have the chance to cement their legacy by winning the tag titles for the third time. DIY is trying to recapture the titles they worked so hard to get, but lost them just as quickly. Then there’s The Authors of Pain, a team who proved in San Antonio that they can go when the lights are brightest and I feel surprised a lot of people that night.

It’s hard to imagine that AOP will lose the titles this quickly, but I also can’t picture them running through DIY and The Revival in the same night, because there is absolutely no one else ready for a title program against them, unless NXT has a surprise tag team planned to debut immediately after Takeover. (ReDRagon perhaps?)

This truly is the toughest match of the night to pick. I can make a case for all three winning. I may have a different opinion tomorrow because this is such a tough match to decide on, but for now as I’m writing this, I see the match playing out as the following. AOP is eliminated first as they get themselves DQ’ed destroying both DIY and The Revival. That keeps them from having to actually be pinned and keeps them strong. Then we get another chance to see a Revival/DIY classic. I think eventually DIY will get the titles back and I think eventually The Revival will be on the main roster, but I don’t think that time is now. The Revival is doing phenomenal work lately and it will be their time once again. DIY and AOP chasing them will provide for some great television. 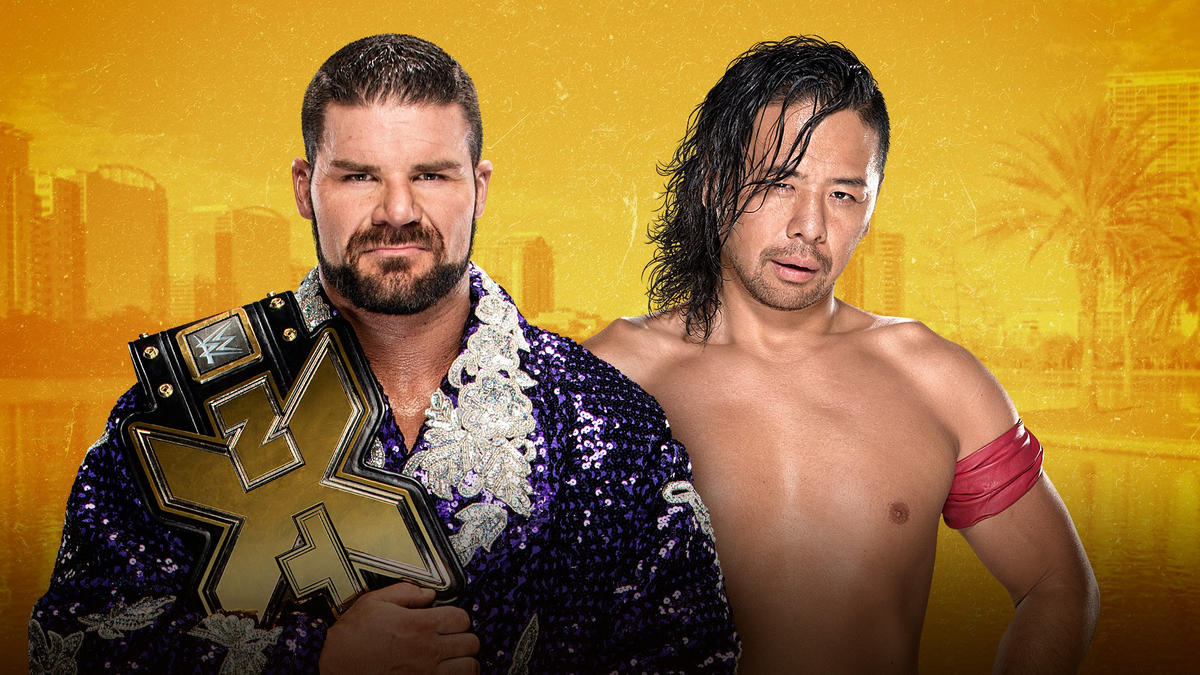 Even though this is the main event and for the most important title, I would make the argument that this is the fourth most important match on the card, just ahead of only the Aleister Black match. There has been absolutely no follow up since Takeover: San Antonio. Obviously, I understand that Nakamura was entitled to a rematch and I understand that Roode is the reason Nakamura has been out of action since San Antonio, but there still should’ve been more interaction between the two to sell the match and make it feel more personal. Maybe I’m making too much out of it, but I just feel there should’ve been more to the main event of what is NXT’s second biggest show of the year. (I would argue that Brooklyn is their biggest show every year).

Nakamura has done a lot of media lately and made no bones about wanting to be at WrestleMania and Roode has done the same amount of media and been very honest about how much he’s enjoying being the fact of NXT right now. Maybe that adds to my malaise for this match as it’s clear that Roode is in it for the long haul and Nakamura is working this match with one foot out the door. It’ll be a good match, but I don’t know if it’ll be as good as the first.

– It appears you can count on seeing Elias Samson in the Andre the Giant Battle Royal on Sunday. He lost to Kassius Ohno in their Loser Leaves NXT match. How Samson was deemed ready for the main roster and someone like Tye Dillinger isn’t, is beyond me. I don’t see a role for him on either Smackdown or Raw either because he won’t be any more than what a Jinder Mahal or Curt Hawkins already is.

– I will be providing live coverage of Takeover on Saturday night here at TJRWrestling. I know our fearless leader John Canton will appreciate at least one less thing he has to write this week. If you want his take, he said he’ll have a recap without full play by play up on the site on Sunday morning.

– I think this will be a fantastic show and although it might not have the buzz that last year’s show did, I still think it will have people clamoring at the end.

Until next time, don’t do anything I wouldn’t do… but if you do, name it after me.