In a story broken by Jonathon Snowden of Bleacher Report, The Godfather will be one of the inductees in the WWE Hall of Fame. It will likely be announced officially on Monday Night Raw tonight. Congrats to The Godfather/Kama/Papa Shango/The Goodfather (real name Charles Wright) for his WWE Hall of Fame induction.

The article notes that he’ll be inducted by his good friends Ron Simmons and John “Bradshaw” Layfield.

Here’s the confirmation from WWE.com as well. 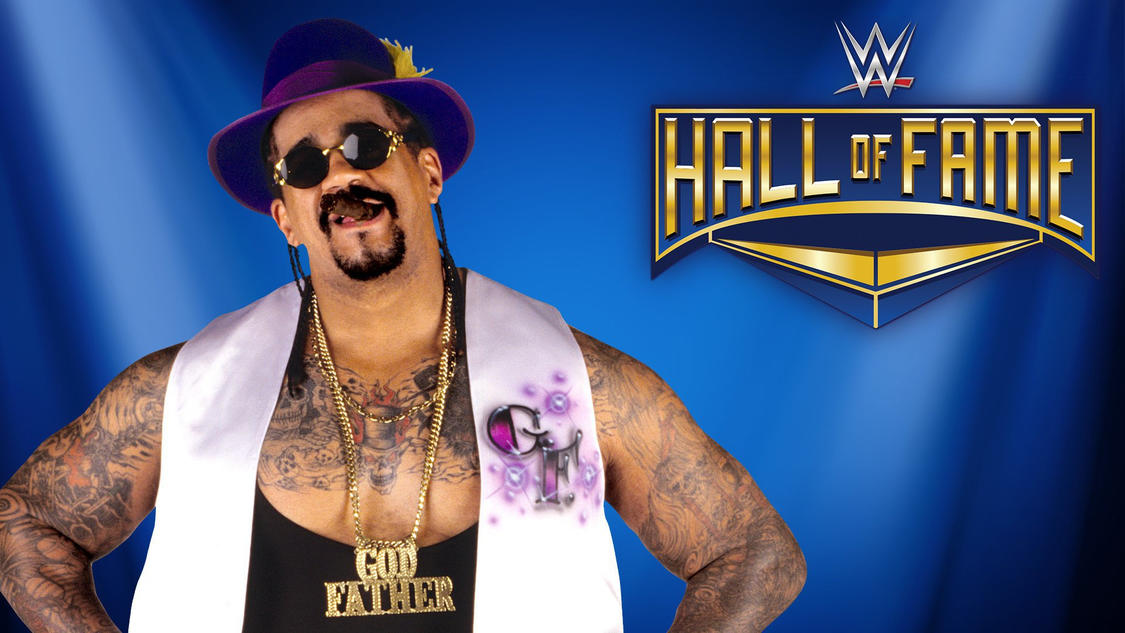 Here are some quotes from The Godfather on various things in his career.

“It was colorful. It was visual and just different. The lights would go out and Papa Shango would go into a trance and start shaking and convulsing. It was a real scary gimmick. At least it was scaring kids.”

On becoming The Godfather after wearing his own flashy clothes on his way to the ring:

“I told Rock one day ‘when you address me in the ring, call me the Godfather.’ He was like ‘what?’ And I said ‘just do it.’ And I was called the Godfather from that point on. And I started slowly developing that character. It got some legs underneath it and it took off.”

On how The Godfather was a representation of his personality:

“Of all the personas I’ve had in wrestling, the Godfather is as close to me as you could ever get. That’s my personality, that’s my silliness. That’s my colorfulness. Those are my clothes. I am the Godfather. That’s just Charles Wright playing Charles Wright and being called the Godfather. And that’s why I think it took off so well. It wasn’t an act. It wasn’t pretend. It was me. Not trying to be a voodoo guy. Not trying to be a Supreme Fighter. It was me being me, entertaining people and having fun.”

On being inducted into WWE’s Hall of Fame:

“I can’t wait to see the fans and tell them how much I appreciate them. They don’t forget. I really appreciate everything WWE has done for me and I really appreciate all the fans,” he said. “It’s such a big honor. I never expected to be in the Hall of Fame.  Brother, that’s for eternity man.”

TJR Thoughts: Do I think he really deserves it over some others not in? Not really, but that’s how WWE’s HOF is. Work there long enough, don’t piss people off and you’re probably getting in. It’s not like there are any set rules to put somebody in there. He worked there from 1991 to 2002 with a few small breaks in between. I honestly can’t tell you his best matches off the top of my head because he really wasn’t known for putting on a show in the ring. He was known more for being a character whether it was the dark Papa Shango or the pimp known as The Godfather.

He deserves praise for doing the best he could with some very unique gimmicks. He’s probably going to have a great speech too.

A Collective Review of WCW Road Wild 1997 (Luger vs. Hogan, Savage vs. Giant) by Lance Augustine

A Collective Review of WCW Bash at the Beach 1997 (Hogan/Rodman vs. Luger/Giant) by Lance Augustine

December 27, 2020
Welcome back to the TJRwrestling retro WCW reviews where we...

March 9, 2017
Up next in the countdown of WrestleMania’s Greatest Matches is...