There are some weeks where WWE announces nothing for Raw, so writing a preview of the show seems like a waste of time. This week, they didn’t really announce anything until Monday morning. The main event of Raw will see Seth Rollins face the United States Champion Rusev in a non-title match.

Here’s the excerpt from WWE.com explaining it.

Raw General Manager Mick Foley might seem like a cuddly teddy bear of a man, especially if you’ve been binge-watching Holy Foley on WWE Network lately. But don’t forget that the heart of a Hardcore Legend still beats below the Santa Claus shirts and tweed blazers. Seth Rollins woke up a little bit of Cactus Jack in Foley last Monday night when he not only questioned the Raw GM’s integrity, but outwardly defied the Team Red authority figure by interfering in the main event bout between Roman Reigns and WWE Universal Champion Kevin Owens. Then again, so did United States Champion Rusev. Now, both Superstars must pay the price.

WWE.com has learned that there will be major fallout as a result of Rollins and Rusev’s actions which helped deny Reigns his proper opportunity to join the WWE Universal Title Match at Clash of Champions. The punishment? The Architect must go one-on-one with The Bulgarian Brute on Monday night! Who will survive this absolute match of mayhem?

While I appreciate WWE following up on last week when they said Rollins would face “consequences” for interfering in the Owens/Reigns match last week, is it really punishment to put a wrestler in a match when that’s their job.

The good thing about Rollins vs. Rusev is that it’s fresh. I can’t remember them having a singles match since Rollins has been a heel for years and obviously Rusev is always a heel, so it is an intriguing matchup now that Rollins is a face.

Also, I assume this is going to be a non-title match. It may end in a DQ or Rollins will win to give him momentum going into the Universal Title match against Kevin Owens on Sunday at Clash of Champions.

They will probably announce Rusev defending the United States Title against Roman Reigns at Clash of Champions as well. Here’s a tweet from Reigns talking (or tweeting) about it.

#TheGuy doesn't wait for answers. #Raw starts on my terms and doesn't end well for @RusevBUL and the loudmouth blondie with him. #AhhYessir

There will be some promos involving those four wrestlers as well, just to add more fuel to the fire in their rivalries. 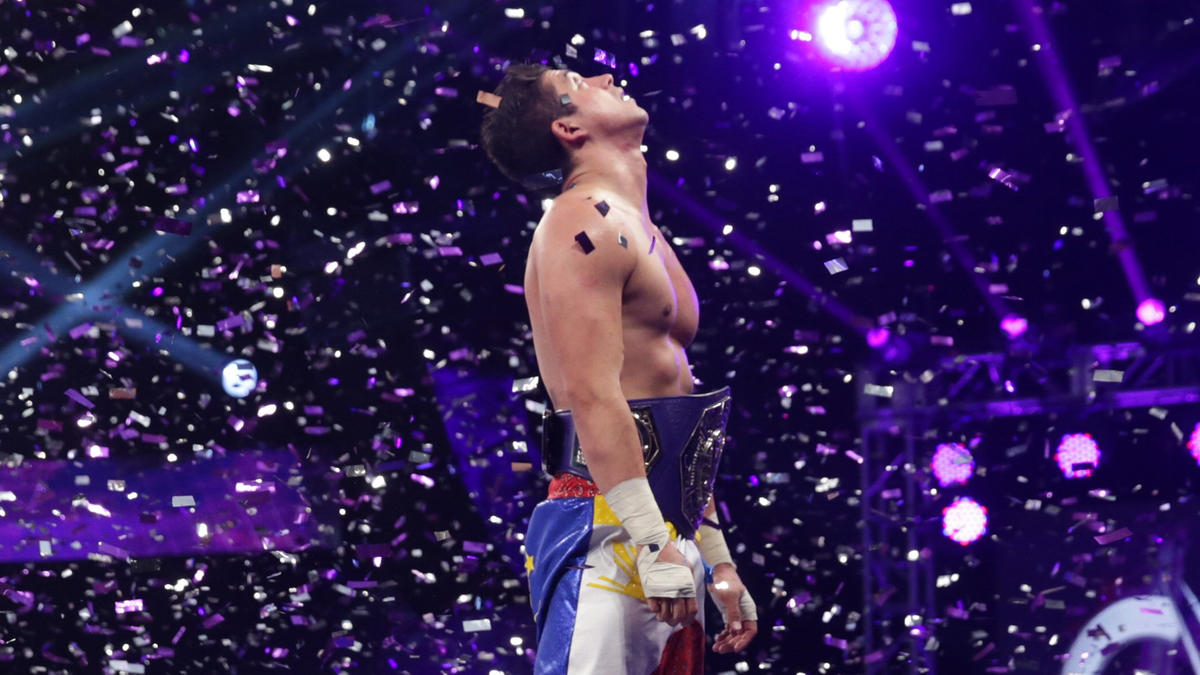 Also on Raw, the Cruiserweight division begins with the new Cruiserweight Champion TJ Perkins leading the group of 205 pound and under wrestlers onto the bright lights of Raw.

In addition to Perkins, here are the six other names set for Raw tonight: Brian Kendrick, Rich Swann, Gran Metalik, Cedric Alexander, Lince Dorado and Noam Dar. Here’s my article about those names as well as others that should be on Raw soon.

Since Clash of Champions takes place this Sunday on WWE Network, I assume they’ll have a Cruiserweight Title match at that show. It could be a singles match, but I think a multi-man match is possible. How about an elimination match of some kind? It would be very exciting.

Here are a couple of social media posts from some of the guys.

Sheamus vs. Cesaro in Match 6 of Best of 7 Series

We also know that tonight is match six in the Sheamus vs. Cesaro Best of 7 series that Sheamus is leading 3-2. It should be a Cesaro win tonight leading to the decisive seventh match at Clash of Champions on Sunday.

This point is going up at 1pmET, so I assume other stuff may be announced later today as we get closer to the show.

I will have my Raw Deal review column up on Tuesday morning. Have a good day.