Triple H did a lot of media interviews this week to help promote the NXT show on USA Network from last night. It was the first time NXT aired an episode on USA Network, so Triple H talked about the brand and his vision for it since he is the brains behind the product. What I’ll do here is share snippets of some of his interviews and add my thoughts where needed.

Here’s Triple H talking to Brian Fritz of the Sporting News about if he tried to get NXT on USA Network and his answer may surprise you.

“No. It’s funny, I really haven’t. This has been exciting in that … break this down however you want and you can look at it and say holiday week or however you want. NBCUniversal, USA Network, the No. 1 cable channel in America, is taking an hour of primetime television and giving it to NXT which is huge from where this has come the last two, three years, where NXT has come. And they called us for it.

It wasn’t like we went to them and pitched it. This was a “we would like to do Monday ‘RAW,’ Tuesday ‘SmackDown,’ Wednesday we’ll do ‘NXT.'” When they sent me the email, our television studio, to ask if I would be interested in doing this, I was like, is this a trick question? Yeah, I’ll put “NXT” on USA for a week and expose it to a much, much, much larger audience than what we have on the (WWE) network.

While the WWE Network will always be NXT’s home in some way for sure, this is a great opportunity for a lot of people to see a product they’ve never really had an opportunity to see before other than clips and bits and pieces. I’m sure they’ve heard a lot about it and I’m hoping a lot of people will tune in and sample it for the first time because it’s different. It’s an alternative and it’s a different flavor and I’m hoping people will sample it.”

TJR Thoughts: I think that’s a genuine answer by him. I doubt Triple H asked USA Network for it. This “WWE Week” thing by USA Network was likely a decision by the network to just push their WWE content. It was smart of WWE to put NXT on USA Network. We don’t know the viewership numbers for it yet, but it can only be seen as a positive for the NXT brand.

While talking to the CBS Sports “In This Corner” podcast, Triple H talked about how NXT is part developmental, but it’s also a third brand to WWE.

“In some ways it will always be some kind of developmental because you are always going to have new talent trying to learn their craft in that brand. But over time, it will become what I think it is now — an alternative, a third brand. This is just another step forward in that.”

Triple H also thinks that the women’s revolution on the main roster was affected by NXT.

“Over the last few years, in some ways, NXT has changed a little bit of what Raw and SmackDown do. Look at the women’s revolution. I believe that there was a moment in time where fans were chanting ‘Give Divas a chance’ because they were seeing what could be on NXT and that transitioned forward. I think that’s great.”

“Anything that can push something to be better, to evolve and to become something more is a great opportunity to do that. People will often put labels on what it is. Is NXT a little bit of ‘old school territory’ or ‘indie this or that?’ I don’t know. To me, I just go, ‘Is it good or not?’ You can put whatever label on it you want.”

TJR Thoughts: Good point about the women’s revolution. Their matches in NXT really helped to get over some of the women and then when they got called up to the main roster, the company had more faith in those women delivering great matches.

Triple H talked to NBC Sports about the growth of current NXT Champion Andrade ‘Cien’ Almas and how it takes time for somebody to get to that top level sometimes.

“If you look back to where he started to where he is right now with us, it’s a completely different performer. As I saw that taking place over time I thought, now he’s starting to get it, how do I give him the platform to regroup? It’s hard to have a guy all of a sudden go from being not good to being really good. So what’s that shift? What’s that platform that allows him to grow even more?

That was Zelina Vega. With the way we presented it, she came in, gave him the confidence and put him back on track. It all led him to changing who he is as a performer. I think you see that now. The swagger that he has. He comes off like the cocky, arrogant guy who knows he’s that good and he is.”

TJR Thoughts: I agree with Triple H about Vega adding to the Almas character. It’s a reminder that a good manager/valet can always be used to help a talent, but for whatever reason WWE has cut back on doing that on the main roster. Managers and valets help performers. They should have more of them on Raw and Smackdown.

TRIBUTE TO THE TROOPS AIRS TONIGHT 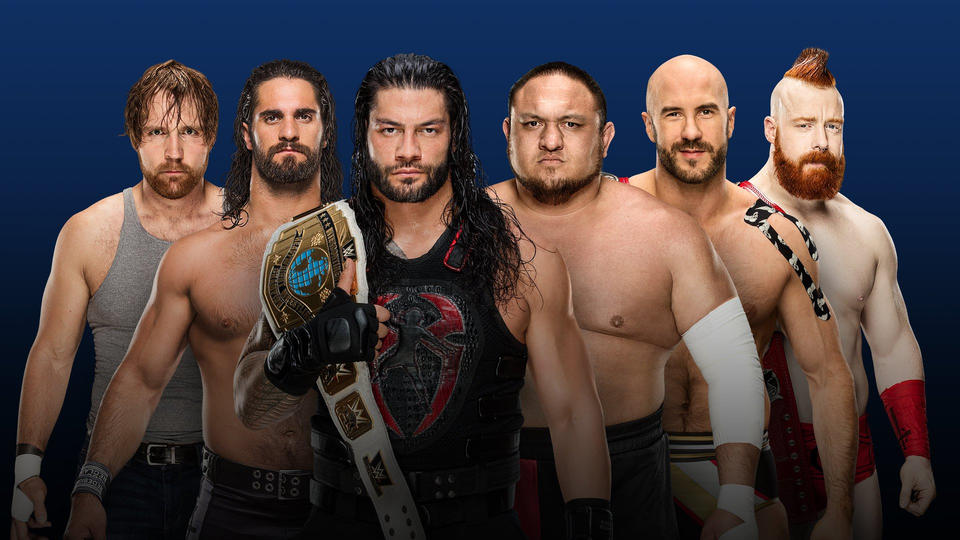 The ‘WWE Week’ on USA Network continues tonight for the fourth straight night with the annual Tribute to the Troops show that was taped over a week ago in San Diego. It features Raw and Smackdown talent on the show. It won’t air where I am in Canada and I doubt I’ll review it, but here’s the lineup without giving you the results.

The Shield (Roman Reigns, Dean Ambrose and Seth Rollins) vs. The Bar (Cesaro and Sheamus) and Samoa Joe

The New New Day and The Usos vs. Rusev, Aiden English, Chad Gable and Shelton Benjamin

Four out of the five matches are tag team matches. Those hot tag spots sure are going to feel repetitive!

Here’s an interview with Dolph Ziggler talking about Tribute to the Troops with For The Win even though he wasn’t on a match on the show.

Charlotte Flair also talked to the Miami Herald about wrestling at Tribute to the Troops.

– Stephanie McMahon had some nice words for The Rock because he got his star on the Hollywood Walk of Fame on Thursday.

Forbes ranked him the highest paid actor in Hollywood, People Magazine named him the sexiest man alive, and Harvard Business School featured him in a case study. He’s an Executive Producer, an entrepreneur and the head of his own media empire… but of course, I’ll always know him as the most electrifying man in sports entertainment, @TheRock! While you were already immortalized in @WWE, entertaining millions upon millions, it’s only fitting you are now officially a part of the Hollywood constellation. Congratulations on receiving your own star on The Hollywood Walk of Fame today!‬

Thank you ohana for these words. You guys were there in spirit. Always much love and respect you and your family’s way. https://t.co/JVZCaQRgyu

– Speaking of The Rock, he said on The Ellen Show that he is serious about running for President of the United States. No word on if that means 2020 or down the road. (With Spandex)

– Noam Dar is out of action due to knee surgery according to PWInsider. No specific timeline was given, but it should be a month or two. It doesn’t sound like a major injury, so he should be back early in the new year.

– Braun Strowman says that Vince McMahon has always been in his corner. Why wouldn’t Vince be? Braun is tall. (With Spandex)

Here’s JBL talking about Tribute to the Troops and how the idea came from him.

I wrote an article for The Comeback counting down the ten most memorable WWE moments of 2017. Sorry to the House of Horrors match, but that did not make the list. What did make the list is what may have been the end of The Undertaker, some memorable returns (that Hardys pop was massive!), Braun Strowman wrecking things, Reigns getting booed, an invasion and more. I can’t post an excerpt because it’s exclusive to The Comeback, but here’s an excerpt about The Hardy Boyz return:

It wasn’t known if the Hardys were going to return to WWE at WrestleMania this year. There were rumors and whispers that it might happen but on the night before WrestleMania, they were in a Ladder Match against the Young Bucks at a Ring of Honor event. On the day of WrestleMania, they had a meet-and-greet with fans but what we didn’t know is that they agreed to a WWE return several weeks earlier.

WWE announced the Raw Tag Team Title match at WrestleMania was a three-team tag match for the titles with Champions Luke Gallows & Karl Anderson vs. Enzo Amore & Big Cass vs. Sheamus & Cesaro. As the match was about to begin, The New Day’s music started and they were the hosts of WrestleMania, so the assumption was they would add themselves to the match. Nope. They teased it, but then the Hardys’ music hit, Matt & Jeff appeared and the Camping World Stadium in Orlando went wild. Huge ovation.

To read the rest of the article, which is one of my favorites of the year, check it out at The Comeback now.

I’ve been watching a lot of WWE Raw from 1998 for some reason. I’m not writing anything about it, but just feel like re-watching it. This segment post WrestleMania 14 was one of my favorites with Stone Cold tricking Vince McMahon. A reminder of how awesome both of them were in their roles.

That’s all for today. Back tomorrow for the news update, the Clash of Champions preview and more. Hit me up on Twitter @johnreport with any questions or comments.

Impact Wrestling Bound for Glory 2020 Lineup for This Saturday (Oct. 24), Comments from Wrestlers