The best way to begin today’s update is with a positive message about peace, hope and maybe a little inspiration. For that, I turn to the great Rusev because today is Rusev Day after all. Here’s some friendly advice from Rusev via Twitter.

Daniel Bryan Offers Timeline for His Potential Return to the Ring

Here’s how current WWE Smackdown General Manager and former WWE Champion Daniel Bryan explained the process of him potentially wrestling in a WWE ring again. Bryan very candid in talking to Sports Illustrated about it.

“I assume that if I don’t wrestle by WrestleMania, I probably won’t be wrestling with WWE at all. That’s my assumption. It’s not a black and white answer. There are a lot of issues with me getting cleared by WWE. They have a very strict protocol, which is a good thing, but the timeline of all that happening was not the best for me. It’s an interesting situation that will develop.”

That’s pretty interesting. With WrestleMania three months away, this is going to be one of the biggest stories of the year.

Based on Bryan’s current storyline on Smackdown, he has had a lot of issues with Smackdown Commissioner Shane McMahon due to Bryan’s apparent favoritism towards Kevin Owens and Sami Zayn. Could it lead to Bryan vs. Shane at WrestleMania? I guess it’s possible and I’ve learned to never say never in the wrestling business. As most wrestling fans know, Bryan retired because of a series of concussions, but Bryan has talked many times about undergoing tests that have shown he is doing well.

What isn’t known is what WWE thinks. They wouldn’t clear Bryan through the second half of 2015 and that’s why he retired in February 2016. Over two years later, perhaps they will test him again and clear him, but we don’t know for sure.

Bryan’s contract with WWE expires in September, which is what he’s mentioned in the past, so if WWE doesn’t clear him then it’s possible that Bryan is wrestling for a company like Ring of Honor or New Japan later this year.

The finish to this week’s Smackdown Live was controversial, but it also let us know what the WWE Championship match will be at the Royal Rumble on January 28. Sami Zayn pinned AJ Styles after a chaotic scene at ringside involving Shane McMahon, Kevin Owens, Daniel Bryan and a confused referee Mike Chioda.

After the loss, Styles went on the microphone to say you might as well put him in a handicap match against Owens and Zayn. It was a sarcastic comment from Styles, but Bryan liked the idea and announced a Handicap Match for the WWE Title with Owens and Zayn challenging Styles for the title. 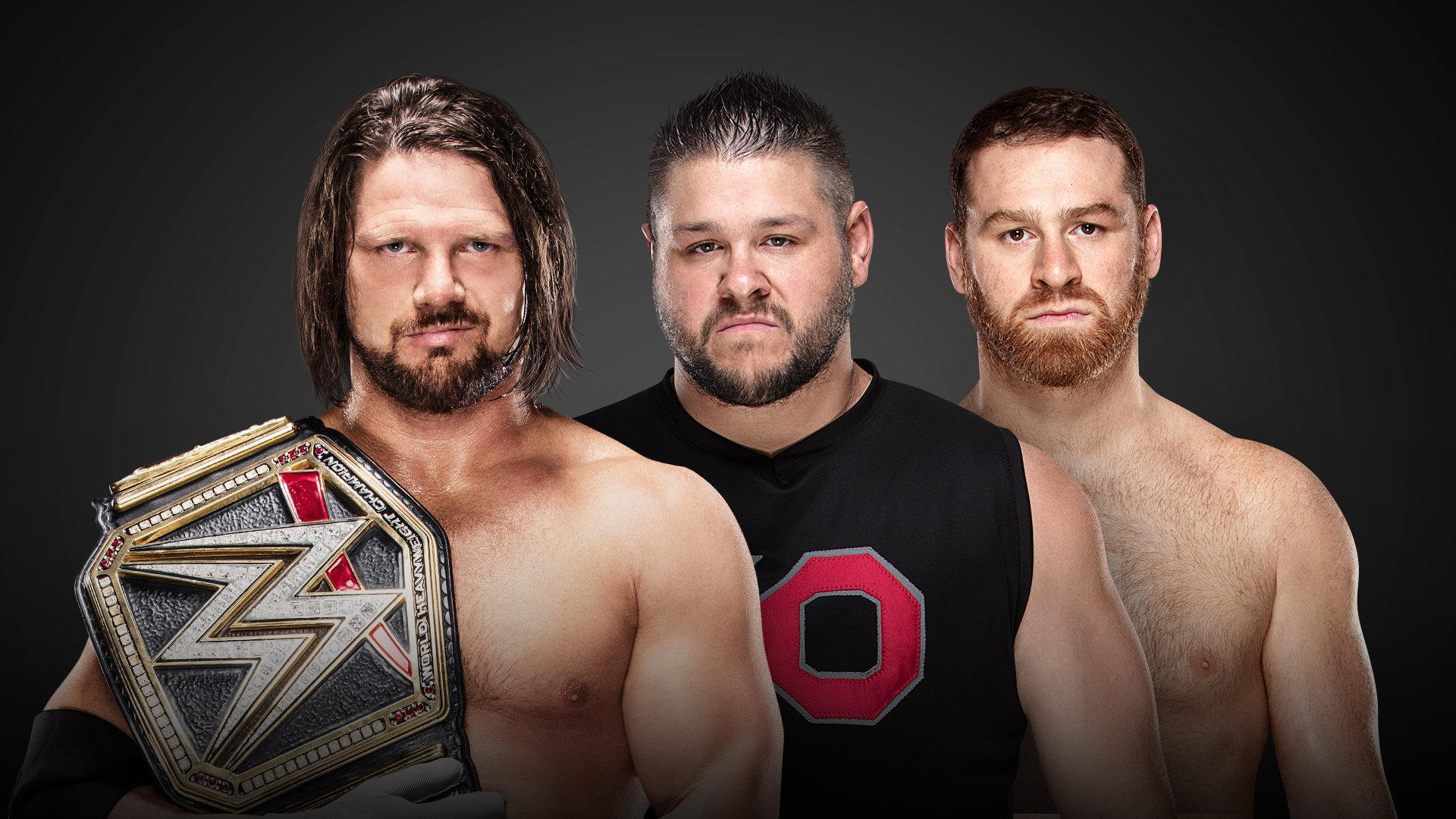 Here’s the updated Royal Rumble lineup for the event that takes place on January 28 in Philadelphia.

Finals of US Championship Tournament

It’s a four-hour show, so there should be some more matches added in the next couple of weeks.

It was announced on Tuesday that Beth Phoenix will be joining the announce team for WWE Mixed Match Challenge show that debuts on Facebook on Tuesday, January 18 at 10pmET. Phoenix will call the mixed tag matches with Michael Cole and Corey Graves.

That means WWE is flying in Phoenix for the next twelve weeks to call one match per week that will take about 20 minutes because it’s only one match per show. I’m sure she’ll be do well.

In other Mixed Match Challenge news, Raw GM Kurt Angle announced that the first team in the tournament will be Braun Strowman and Alexa Bliss.

Strowman seems excited about it.

I’m not sure if I’ll even watch Mixed Match Challenge every week, but I will give at least the first episode a try.

– Tonight’s WWE NXT show on WWE Network is a Year in Review that will run two hours. More details on WWE.com if you want them.

– Chris Jericho talked about the greatest feuds of his illustrious career with The Players Tribune. There’s a lot of good stuff in there, so take some time to read it all.

– Total Divas is back on E Network tonight at 9pmET/8pmCT. Here’s a synopsis of it:

Alexa Bliss’ engagement to NXT Superstar Buddy Murphy has been going on for some time, leading Nia Jax to wonder if her friend is dragging her feet on planning the ceremony. Meanwhile, Natalya faces down an opportunity she’s been waiting for her entire career on an all-new Total Divas, airing Wednesday at 9/8 C on E!.

Looking for the spin-off show Total Buddy coming soon! Or not.

– Jim Ross confirmed on Twitter that he’s going to be a part of WWE’s Raw 25 celebration. That’s no surprise.

Nothing too interesting on WWE’s page today, so I’ll skip it.

Here’s my WWE Smackdown Live Review from last night in case you missed it. I thought it was a below average where they seemed to try to hard to go for controversial finishes.

Check out Brandon Lasher’s preview of the New Japan Wrestle Kingdom 12 show that takes place on Thursday. There should be some great matches on there. I may even review it in the coming days.

We have our big TJRWrestling staff predictions for 2018 column coming out tomorrow, so I better get to work on putting that together. Have a great day and I’ll be back here tomorrow with another news update.