The first edition of WWE Smackdown Live takes place tonight in Orlando, which is a city where a lot of WWE talent lives because that’s where the Performance Center is. Here’s what is advertised for the show from WWE.com.

#WWEChampion @AJStylesOrg seeks a measure of retribution TONIGHT on #SDLive when he takes on @SamiZayn at 8/7c on @USA_Network! https://t.co/JLlqiGgNOW

– AJ Styles vs. Sami Zayn in a non-title match

Styles lost to Owens non-title last week. I don’t think Styles should lose non-title again, but this is WWE and they love doing that. I think Zayn might win to set up Styles vs. Owens vs. Zayn for the WWE Title at the Royal Rumble although the Raw guys are doing a triple threat match already.

– The Usos vs. Chad Gable & Shelton Benjamin for the Smackdown Tag Team Titles

A title change is possible simply because WWE loves booking title changes like on last week’s Raw. I also think the Rusev/English team (who are about to become faces if they aren’t already) is catching fire, so having the heel team of Gable/Benjamin winning the gold and then dropping the titles to Rusev/English shortly after makes sense. I love The Usos as champions too, so if they hold on that’s fine too. 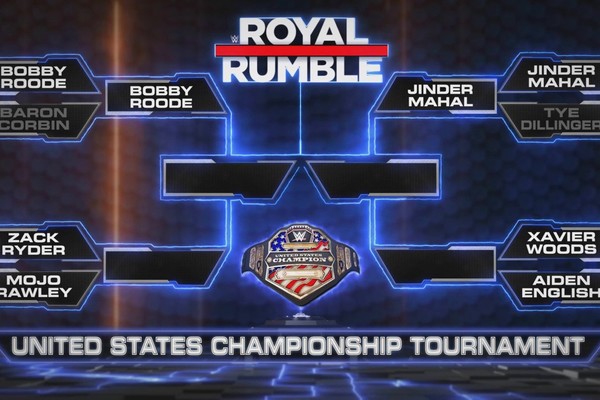 – There will be two matches in the US Title tournament: Xavier Woods vs. Aiden English and Zack Ryder vs. Mojo Rawley as the Hype Bros continue to explode, brother.

I think the finals will be Jinder Mahal over Bobby Roode, so these results don’t matter that much. I’ll pick Woods and Rawley, though.

That’s four matches. The other part of the preview just mentions that wrestlers will declare for the Royal Rumble, which isn’t that exciting.

#Absolution, @SashaBanksWWE, and @itsBayleyWWE have all declared their intentions to compete in the first-ever Women's #RoyalRumble Match! #RumbleForAll https://t.co/dGyyJLRMD4

The Royal Rumble takes place on Sunday, January 28. Three matches that we know of at this point.

I think Asuka will be taken out of the Rumble match and she’ll win the Raw Women’s Title from Alexa Bliss at the Rumble.

More names will likely be announced on Smackdown tonight.

I’m gonna skip this section today because I’m behind and I’ll get anything that’s needed in tomorrow’s update.

Here’s a Total Divas clip. I’d watch it, but I have no interest. Maybe you do.

I normally only share WWE produced videos, but this is a fan-made video showing the WWE talent wished the best in their future endeavors in 2017. We miss you, Eva Marie! Somehow she’s been able to continue her life by posting bikini pics on Instagram regularly. God Bless America.

Here’s my WWE Raw Deal review in case you missed it. Average show with an outstanding Roman Reigns match with Samoa Joe.

I don’t have any insightful video or photo to share here. Sorry. Back tonight with Smackdown Live review. Have a good one.

March 19, 2017
The WrestleMania return of Shawn Michaels was one of the...