The Elimination Chamber 2015 pay-per-view has the distinction of being the event where the Intercontinental Championship was on the line in the Chamber for the first time. Sadly, it was not a good match. It’s arguably the worst Elimination Chamber match ever.

The reason the Intercontinental Title was vacant because Daniel Bryan had to give up the title due to concussion issues. This would lead to Bryan not wrestling over the next three years.

There was a replacement in the match because Rusev was injured and replaced by Mark Henry. There’s no graphic with Henry on it, so I just used the one that had Rusev on it.

Former IC Champion Daniel Bryan was at ringside and a video of him relinquishing the IC Title was shown.

The Chamber was in place for the IC Title match. Mark Henry is the surprise replacement for the injured Rusev and he’s out first followed by Sheamus, R-Truth and Ryback. That means King Barrett and Dolph Ziggler are starting the match. 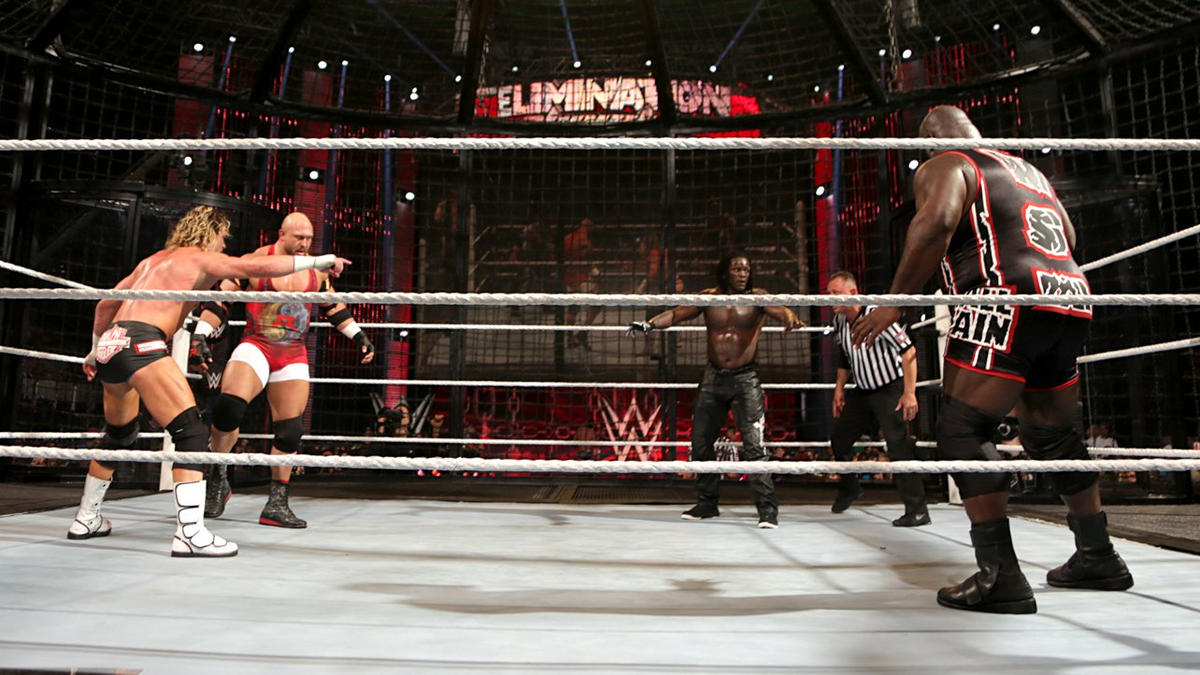 Elimination Chamber Match for the vacant Intercontinental Title: Sheamus vs. R-Truth vs. Ryback vs. Mark Henry vs. King Barrett vs. Dolph Ziggler

Barrett and Ziggler started the match. I missed a few minutes. When I returned, Barrett was dominated Ziggler by tossing him into the cage. The clock ran down with Barrett ready for the next guy.

The 3rd man in the match is R-Truth, who was attacked by Barrett immediately. Barrett tossed Truth into cage to knock him down. Ziggler’s offensive attempt failed as Barrett nailed him with a boot to the face and then tossed him into the ring post. Truth hit a boot to the face followed by a missile dropkick for two. Front suplex by Truth followed by a scissors kick. Truth hit a corner splash and then Barrett hit the Winds of Change slam for two. Two kicks by Barrett on Ziggler earned a two count. Barrett drove Ziggler into Henry’s pod and it broke.

Henry entered the ring so apparently he’s the 4th man in the match. Shortly after that, Ryback entered as the 5th man in the match. That’s pretty rare to see two guys enter consecutively like that, but it’s a unique booking idea. Ryback was on fire as he went after Henry and then hit a spinebuster on Barrett. Ziggler got a creative rollup on Barrett for two. Barrett hit Wasteland on Ziggler for two as Henry broke up the pin by going after Barrett. There was a sequence with the four faces working together to eliminate Barrett with R-Truth hitting the Lie Detector on him for the elimination. Poor Barrett may be the most poorly booked King of the Ring winner ever.

It was time for Sheamus to enter, but the referees couldn’t open the door for to enter the match. They tried rollups on eachother. Ryback hit a clothesline on Henry, Truth hit a forearm smash on Henry, Ziggler hit a superkick on Henry and Ryback hit a spinebuster on Henry. Then Ryback took down Ziggler. Ryback nailed Shellshock on Truth to eliminate him.

Ryback hit a delayed suplex on Ziggler while Sheamus was still stuck in his pod. Ziggler nailed Ryback with a superkick as all three guys were down. Sheamus picked the lock with the celtic cross he had, so it’s selling the idea that he could have got out at any time. Sheamus slammed Ziggler into a pod and went crashing into the glass. Henry knocked down Sheamus with a forearm shot followed by a big splash for two. Sheamus did an eye gouge and then hit a Brogue Kick leading to the pin on Henry. 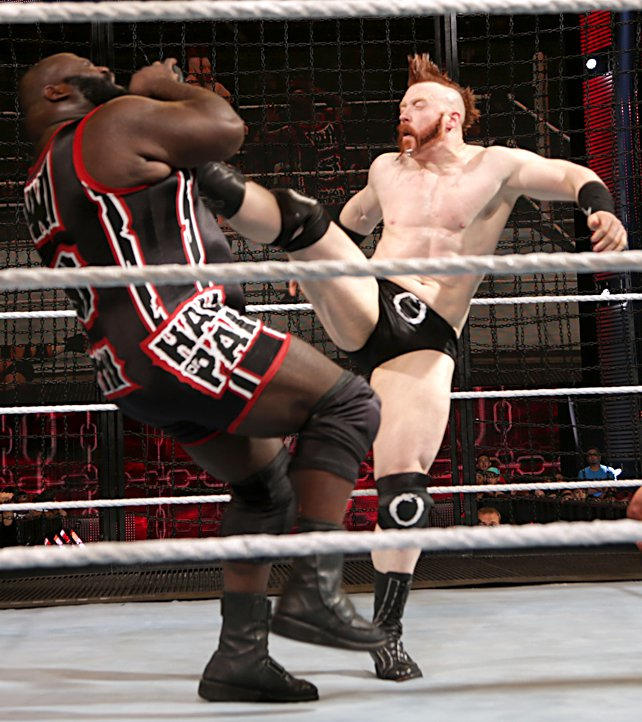 (The real story with Sheamus was he used his cross to keep himself in the pod longer, but WWE did not tell that story well to those of us watching at home.)

The crowd just isn’t into this match as Sheamus went after Ziggler with a suplex into a slam. This match is pretty boring and the crowd really isn’t into it. Ziggler countered a slam into a rollup for two. Ziggler avoided a corner charge and then hit a DDT for the two count. Ziggler superkick on Ryback. Sheamus hit a Brogue Kick on Ziggler to eliminate him.

It comes down to Sheamus and Ryback. The crowd was chanting “feed me more” for Ryback. Sheamus hit a powerslam on him and then he pointed at the IC Title at ringside. Ryback dropped Sheamus with a slam followed by forearm punches. A running powerslam by Ryback. Ryback wanted his clothesline, but Sheamus went out of the pod. Sheamus tried to go into his pod again for some reason. Sheamus came back with White Noise on the steel outside the ring. 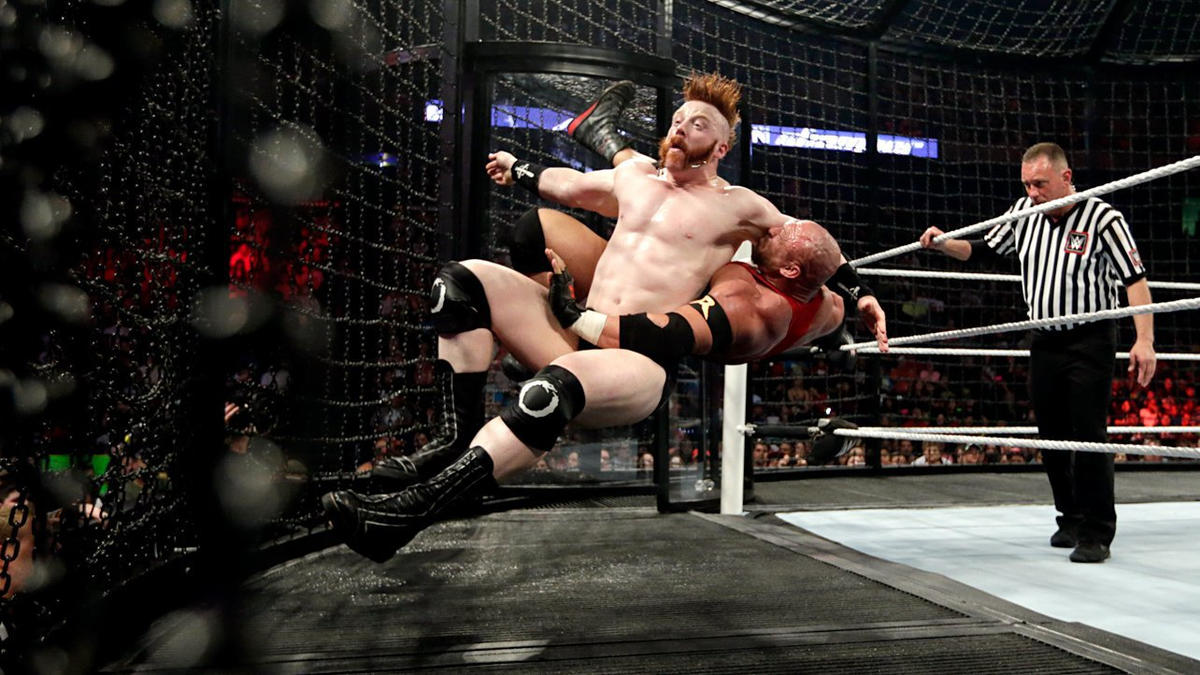 Analysis: *3/4 The crowd was dead for the match and I don’t really blame them because it was below average. The work was pretty good, but it was one of the worst Chamber matches. The problem was there just wasn’t much in terms of storylines going into it, so it was hard for the crowd to be invested in anything that went on. Ryback was my pick to win just because I felt like it would make for a good story with him winning his first title in WWE. Plus, with Daniel Bryan there to present the title it makes more sense for a face to win.

(I don’t think I was harsh enough in my analysis there. It’s a bad match that had a lot of mistakes along the way. My original rating was **, but I took 1/4* off to make the lowest rated and worst Chamber match ever.)

Post match, the Chamber went up and Daniel Bryan was in the ring with the IC Title. Bryan said that congratulations are in order to “The Ryback” – that’s what he calls him. Bryan asked the crowd if he deserved it. Then Bryan said he thought he deserved it, which led to “yes” chants. Ryback said that Bryan’s not just an inspiration to the people, but he’s an inspiration to “The Big Guy” too and he thanked him for it.

Analysis: They used to travel together when Bryan started in WWE and before Bryan was with Brie Bella, so they’re close friends. “The Ryback” is Bryan’s unique name for him. Cool moment for them. 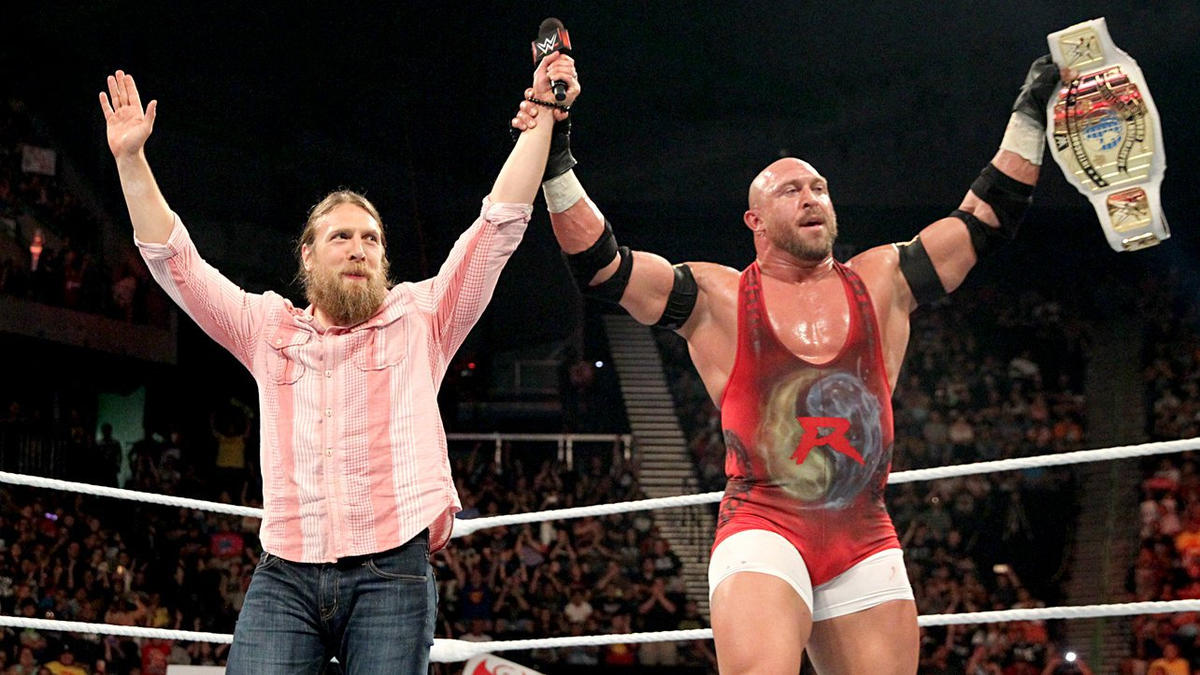 Wrestler that lasted the longest: Dolph Ziggler at 20:25.

Most Eliminations: Sheamus and Ryback with two.

Most Memorable Moment: The final sequence with Ryback beating Sheamus was good. Most of the match was forgettable.

WWE Unforgiven: In Your House 1998 Review