There’s going to be a “tribal court” segment on Raw’s 30th anniversary with Sami Zayn on the hot seat as The Bloodline questions some of his recent actions.

As we have covered previously, WWE changed what they had originally planned for The Bloodline at Raw’s 30th Anniversary special this coming Monday, January 23rd in Philadelphia.

Instead of doing an “Acknowledgement Ceremony” to honor the incredible run of The Bloodline’s Roman Reigns as the Undisputed WWE Universal Champion, they decided to change those plans, which was first reported by PWInsider.

The Bloodline group is led by the “Tribal Chief” Reigns, it also has the Undisputed WWE Tag Team Champions The Usos, their brother Solo Sikoa, the “Honorary Uce” Sami Zayn and the Special Counsel Paul Heyman as well.

This past Friday on Smackdown, Kevin Owens beat up Reigns, both Usos and Sikoa during a contract signing segment while Zayn only made his way to the ring after Owens put Reigns through a table. Zayn ended up holding the contract that Owens signed. Zayn wasn’t there because Reigns had told Zayn that he had to make sure the cars were ready as well as the plane so they could get out of there after the signing. However, Reigns may not be happy that Zayn wasn’t there during KO’s attack.

On WWE’s website, they are officially advertising “Tribal Court for Sami Zayn” due to some of the questionable behavior of Zayn in the last few weeks. This is what it says on WWE’s website to describe what the segment might entail.

“Weeks of tumultuousness and questionable decision making has caused dissension in The Bloodline. A wild Royal Rumble contract signing between Roman Reigns and Kevin Owens left The Bloodline wiped out in the ring and Sami Zayn holding the contract.

Now, The Head of The Table and The Undisputed Universal Champion has decided to hold a Tribal Court and put Sami Zayn on trial for his recent actions.

It is unknown at this point if WWE will still have elder members of The Bloodline on Raw as originally planned, but since they are bringing in a lot of legends to Raw then some of them, like Rikishi, might still be there.

* Becky Lynch vs Bayley in a Steel Cage Match

* Raw Tag Team Championships: The Usos vs. The Judgment Day 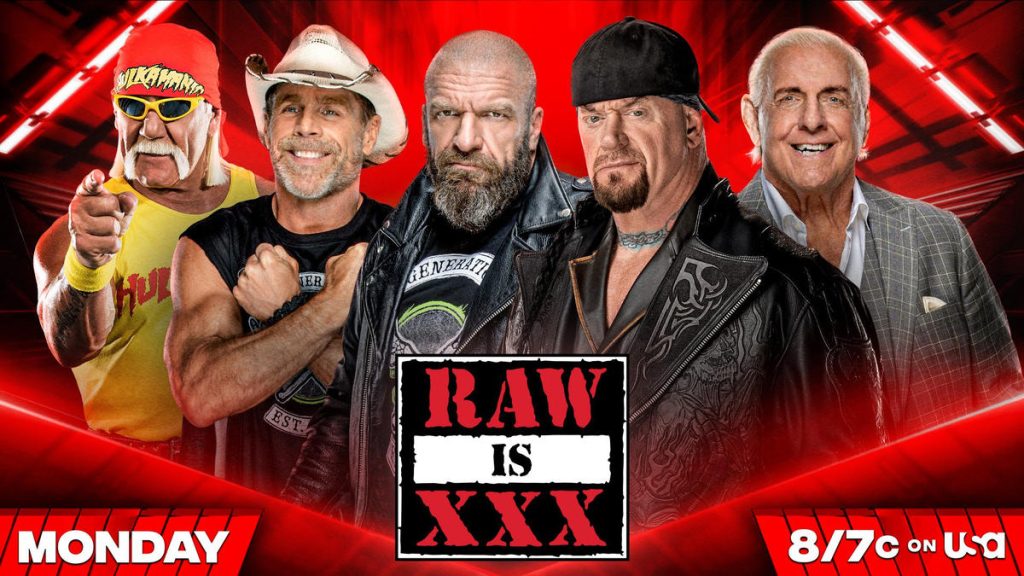 TJRWrestling will have a full review of WWE’s 30th Anniversary this coming Monday night.