The NXT Women’s Championship changed hands when Mandy Rose lost to Roxanne Perez, but WWE originally had other plans for the title.

It was at NXT Deadline on December 10th when Roxanne Perez won the first ever Women’s Iron Survivor Challenge match to earn a shot at the NXT Women’s Champion Mandy Rose. It was originally announced by WWE that Rouse would defend the title one month later on the New Year’s Evil edition of NXT on Tuesday, January 10. However, those plans changed.

Going into the December 13th episode of NXT TV, Mandy Rose was the NXT Women’s Champion for 413 days. Perez did a show opening promo celebrate her win, which led to Grayson Waller interrupting and NXT Champion Bron Breakker showing up to chase Waller away. That allowed Rose to do a cheap attack on Perez. It led to Perez challenging Rose to a NXT Women’s Title match in the main event.

During the NXT Title match, Rose came close to winning a few times. However, Rose was unable to put the 21-year-old Perez away. Instead, Perez hit her Pop Rox finishing move for the pinfall win and the happy celebration to end the show.

The following day, WWE NXT’s Senior Vice President of Talent Development Creative, Shawn Michaels, fired Rose. It was reported that Michaels had no choice after WWE PC Coach Matt Bloom (former Albert in WWE) made Michaels aware of the fact that Rose was posting explicit material on her Fantime page. There were nude poses that apparently crossed the line in the opinion of WWE management.

As for what WWE originally was going to do with Rose, it was reported in the Wrestling Observer Newsletter (available via subscription) that the belief was that Perez would be the woman to beat Rose for the title. It apparently was not decided yet if Perez was going to beat Rose at New Year’s Evil on January 10th or wait until the February 4th Vengeance Premium Live Event in Charlotte, NC. 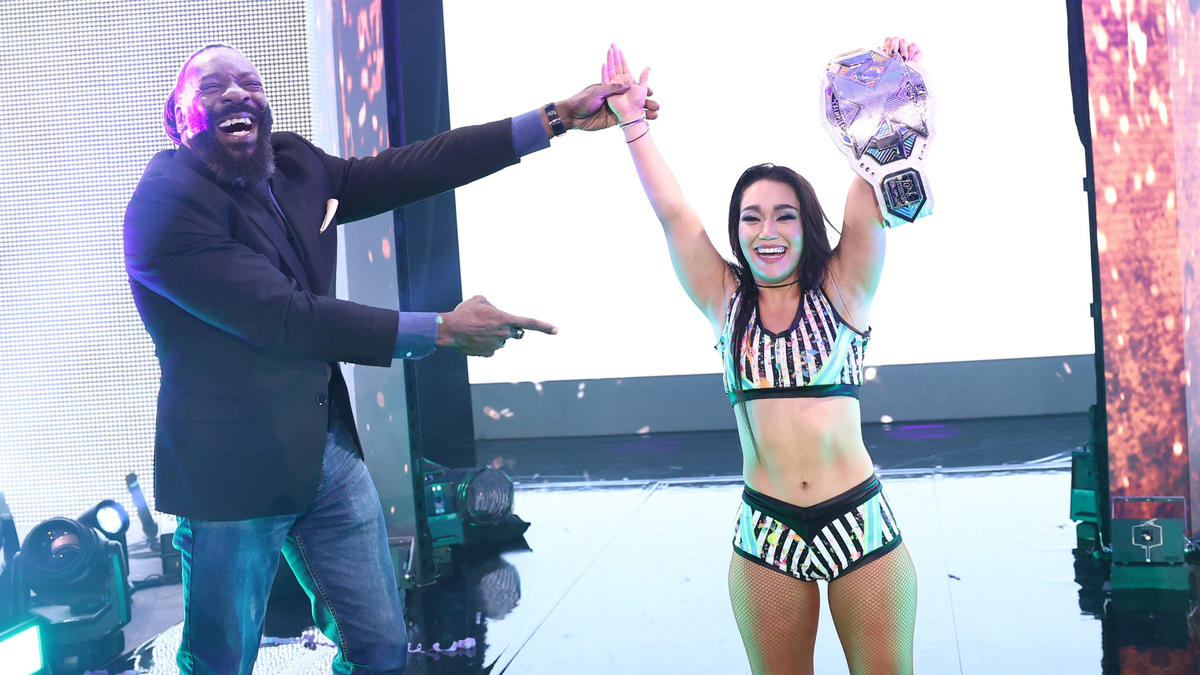 After Perez won the NXT Women’s Title, WWE Hall of Famer Booker T celebrated with her because Booker helped train Perez to be a wrestler.