World Wrestling Entertainment has announced that the NXT Tag Team Titles have been relinquished, meaning they are now vacant.

WWE issued the following statement on their website today:

The current NXT Tag Team Champions have relinquished the titles.

New champions will be crowned this Tuesday night at 8/7 C on USA Network.

Stay tuned to WWE.com and WWE social accounts for updates.

What WWE didn’t say is why the titles have been relinquished. The reason the titles are now vacant is that MSK were the champions after winning them for a second time at Stand & Deliver last Saturday. However, WWE released Nash Carter (one half of MSK with Wes Lee) due to accusations of spousal abuse as well as a questionable photo that was posted on Twitter. 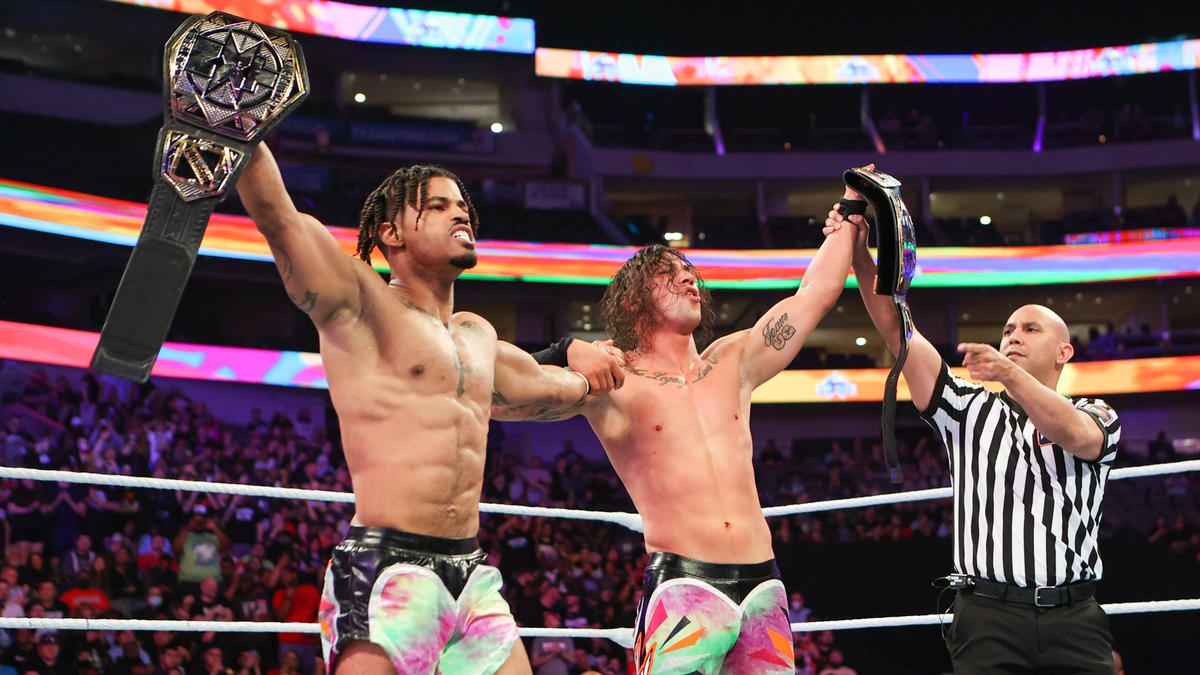 The reason Carter was released is because his wife, Impact Wrestling’s Kimber Lee, accused him of hitting her multiple times and she posted about it. She also posted a photo of Carter having a mustache that made him look like Adolf Hitler while also making a hand gesture. Wes Lee’s wife noted that Carter was divorcing Kimber Lee and the couple has been separated for a long time.

A report from the Wrestling Observer’s Dave Meltzer noted that Carter was likely released due to the questionable photo that Kimber Lee posted with Meltzer writing: “According to one company official, it appeared Carter was let go because of the Hitler photo because the abuse charge could not be confirmed.”

WWE has yet to publicly announce that Carter was released. The company usually doesn’t announce releases publicly anymore like they have in the past.

The good thing for WWE is they do have a lot of teams in NXT that could be credible champions in the future. They recently held the Men’s Dusty Cup tournament that was won by The Creed Brothers. That led to The Creed Brothers and MSK challenging Imperium for the NXT Tag Team Titles at Stand & Deliver, which was won by MSK.

There will likely be further updates by WWE on social media and their website in the coming days leading to Tuesday’s NXT show.