It was announced today that Simone Johnson, who is the oldest daughter of former WWE Champion The Rock, has started training full-time at the WWE Performance Center. Simone is 18 years old now (she was born in August 2001). Simone’s mother is Dany Garcia, who is The Rock’s ex-wife that is also his business partner in their Seven Bucks Productions company.

If Simone makes it in WWE, she will become the first ever fourth-generation superstar in WWE history following in the footsteps of great-grandfather Peter Maivia, grandfather Rocky Johnson and of course, her father, Dwayne “The Rock” Johnson. We wouldn’t bet against her being successful at this. It’s in the genes, after all.

WWE decided to write an article about this, so here’s that.

Simone Johnson, the daughter of 10-time world champion Dwayne “The Rock” Johnson and Dany Garcia, has begun training to become a WWE Superstar at the WWE Performance Center in Orlando, Fla.

The 18-year-old is on a path to become the first fourth-generation Superstar in WWE history, coming from a line of legends that includes her great-grandfather and grandfather, WWE Hall of Famers “High Chief” Peter Maivia and Rocky Johnson, and her father.

“It means the world to me,” Johnson said. “To know that my family has such a personal connection to wrestling is really special to me and I feel grateful to have the opportunity, not only to wrestle, but to carry on that legacy.”

“Simone Johnson’s unbridled passion and incredible drive has earned her a coveted spot training with the elite athletes from around the world at the WWE Performance Center,” said Paul “Triple H” Levesque, Executive Vice President, Talent, Live Events & Creative. “Not only does Simone now have an opportunity to cultivate and display her passion for WWE within the Performance Center, but she’ll carry on the tradition of her incredible family lineage while creating her own impact as WWE’s first fourth generation Superstar.”

Johnson will join the diverse group of Superstars in training at the Performance Center, learning from a coaching staff that includes legends of the squared circle, led by Head Coach Matt Bloom and Assistant Head Coach Sara Amato.

“Simone knows she has a lot to learn,” said Bloom. “She’s hungry to learn and picks the coaches’ minds, and the veteran Superstars’, as well. She’s not going to rest on her laurels. It’s been a short time, but she’s been crushing it.”

“Simone is a wonderful girl,” Amato added. “She’s like a sponge, it’s pretty amazing. She knows what it takes to succeed and all the hard work and sacrifice that goes into it. I wouldn’t have expected anything less.”

Johnson will be sitting down with Cathy Kelley for an exclusive interview this Wednesday at 3 p.m. ET to talk more about her decision to pursue a career in sports-entertainment. The interview will be available across WWE’s digital platforms, including WWE.com, YouTube, Facebook and Twitter.

Simone also tweeted about it today.

For the little girl who fell in love with wrestling & was determined to make this dream a reality – this is for you. I’m beyond thankful for this opportunity & ready to get after it.

Good luck to Simone. I remember when she was born, so this makes me feel old seeing this, but I guess time flies as they say. 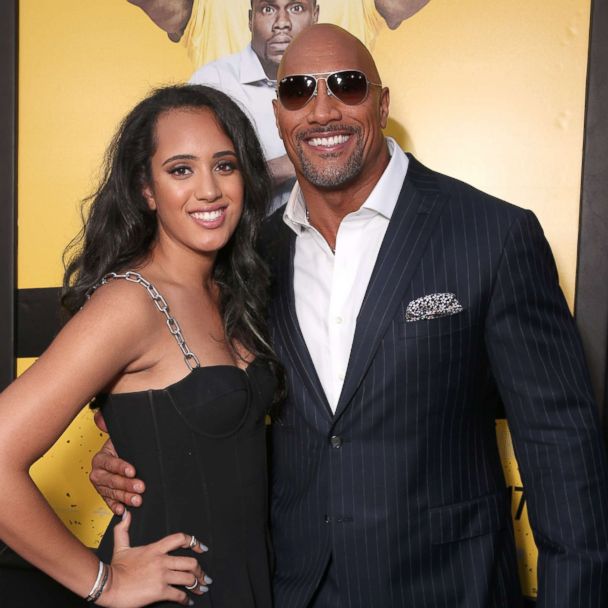