It was announced by WWE Hall of Famer Triple H that he will retire from in-ring competition after he underwent heart surgery in September 2021.

Triple H (Hunter Hearst Helmsley), who currently works for WWE as an executive in the company, informed Stephen A. Smith on ESPN’s First Take that his days as an active competitor are over.

During the interview, Triple H spoke about the cardiac event that he went through leading to heart surgery. He spoke about coughing up blood, which his wife Stephanie McMahon-Levesque also noticed. Triple H underwent a series of tests that showed he was dealing with heart failure. That led to a trip to the emergency room.

Triple H explained that he was initially diagnosed with viral pneumonia leading to fluid in his lungs and around his heart. Here’s how the man known as “The Game” explained what happened.

“From the viral pneumonia, I had fluid in my lungs, fluid around my heart. They followed up on it, did an EKG. Basically, the way your heart pumps out, it’s 55 to 65 percent of your injection fracture is a good number. I was at 30 (percent).”

“I had a quick text message saying, ‘don’t take time, pack a bag, we’ll head to the emergency room. I’ll fill you in on the way.’ By the time I got to the emergency room, my ejection fracture had gone down to 22 (percent). I was in heart failure. Bad. By the next morning, as they figured that out in the evening, the next morning as I was setting in to get an MRI done and about to go in for a heart cap, my ejection fracture was down to 12 (percent). I was nose diving and at the one-yard line of where you don’t want to be.”

“For your family and your future, when they tell you it’s 99%, it gets real. We have three young girls; 15, 13, and 11 (years old). Suddenly, I come home and I’m a little bit sick, and their dad, who is strong, always, suddenly is in the hospital. I don’t know if they understood the consequences of it, but there are moments in there when they are putting you out for stuff and you think, ‘is this it? Do you wake up again?’”

“That’s tough to swallow. It makes you think differently about life. It doesn’t make you any less driven with the things you do, but it certainly makes you appreciate the things you have; your friends and your family.”

Triple H added that he has a defibrillator fitted while also confirming that his days as a wrestler are over.

Triple H’s real name is Paul Levesque, he is 52 years old and his last match was on January 11, 2021 against Randy Orton. It was a Street Fight with no referee that was more of an angle than a match. His last match with a referee present was at a WWE live event in Japan in June 2019 where he teamed with Shinsuke Nakamura to beat Robert Roode and Samoa Joe in a tag team match. Prior to that, he wrestled a few matches in 2019 including a No Holds Barred Match against Batista at WrestleMania 35. 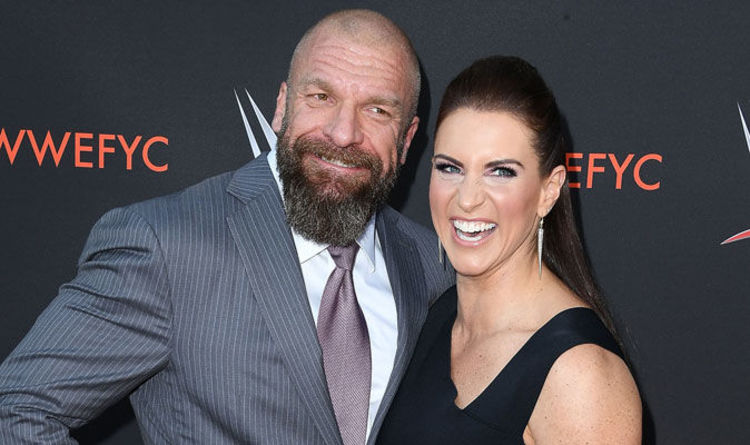 In addition to his wrestling career, Triple H has been married to Stephanie McMahon since 2003 and the couple has three daughters together. He was the man that built up the NXT brand a decade ago. NXT rebranded itself last summer and Triple H is no longer in charge of it, but due to his past in Talent Relations, he was responsible for a lot of wrestlers that got hired and are thriving in WWE today. Triple H’s current job title in WWE is Executive Vice President of Global Talent Strategy & Development.

During his career as an in-ring competitor, Triple H was a 14-time World Champion in WWE. Triple H was a main event performer in WWE for nearly 20 years and competed against so many big names during his career. He was also inducted into the WWE Hall of Fame in 2019 as one of the leaders of the group D-Generation X. Now that his in-ring career is over, he will obviously be recognized for his run as a singles wrestler as well.

ESPN posted a clip of Triple H’s interview with Stephen A. Smith.

Everybody here at TJRWrestling wishes Triple H good health and all the best in the future.

MJF Discusses “Insane” Legend Who Would Be His Dream Opponent