There were eight teams to start the tournament on Smackdown, but by the end of the night, four teams are left.

An eight-team tournament began on the January 20th edition of Smackdown with the winners of the tournament getting a tag team title shot.

The Usos currently hold the Raw and Smackdown Tag Team Titles as the Undisputed WWE Tag Team Champions. However, WWE recently decided to split up the titles at least for some upcoming title defenses.

Next Monday on the January 23rd edition of Raw, The Usos defend the Raw Tag Team Titles (only) against The Judgment Day’s Damian Priest and Dominik Mysterio.

There were four first-round matches in the tournament.

* Hit Row defeated Los Lotharios when Ashante “Thee” Adonis did a rollup while grabbing the tights for the win since Hit Row are heels now.

That means that next week on the January 27th edition of Smackdown, Sheamus & Drew McIntyre will face Hit Row in one semifinal match while Imperium will face Legado Del Fantasma in the other semifinal match.

There were only four matches on this week’s Smackdown and they were all matches in this tag team title contender’s tournament. 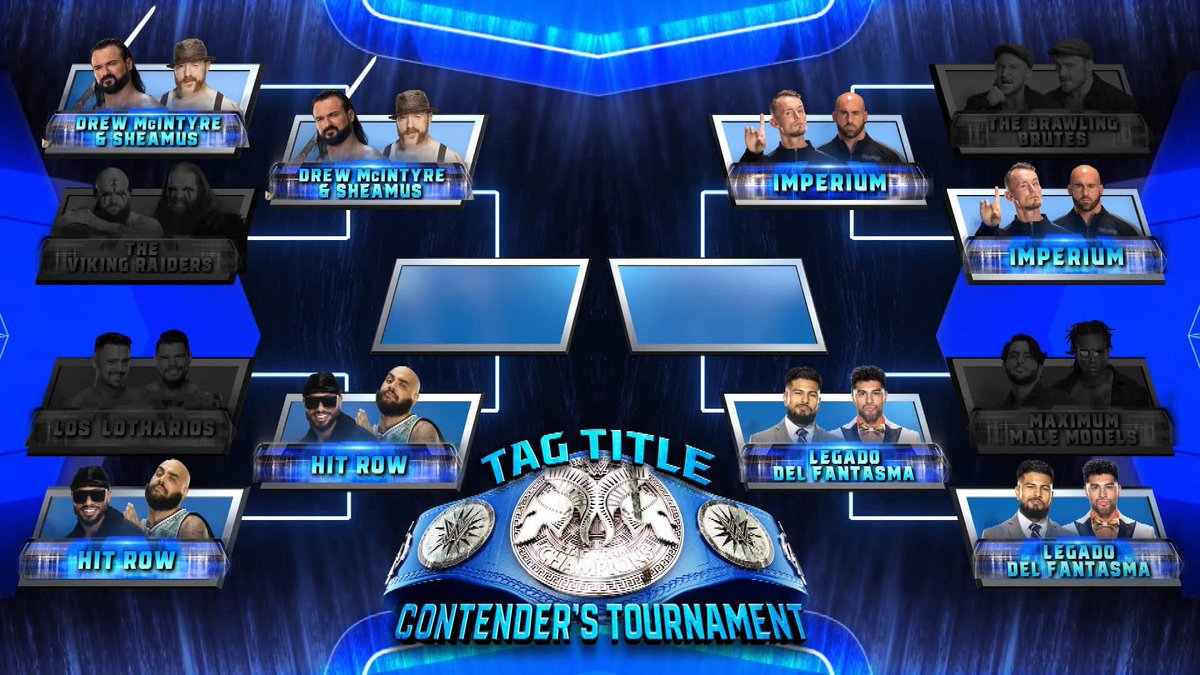