The new regime is constantly changing in WWE and now the legendary Shawn Michaels has been given a promotion, according to a new report.

Changes have been happening in WWE all summer after the shocking retirement of Chairman/CEO Vince McMahon on July 22nd which also led to the termination of Head of Talent Relations, John Laurinaitis. Vince’s daughter Stephanie McMahon is the new Chairwoman along with the title of Co-CEO with Nick Khan while Paul “Triple H” also recently received

Triple H isn’t the only D-Generation X Hall of Famer with a new job title because “The Heartbreak Kid” Shawn Michaels also has a clearly defined role within the organization.

During a press release that WWE sent out in August about the company’s intentions to launch NXT Europe in 2023, Michaels was referred to as the Vice President of Talent Development. 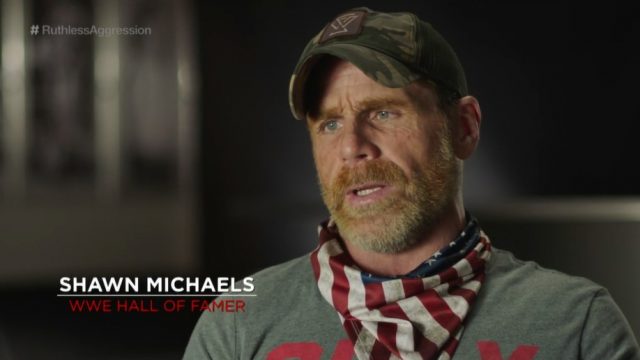 A new report from CBS Sports has noted that Michaels has an elevated job title with a few more words on added on as well: Senior Vice President of Talent Development Creative.

The main role for Michaels behind the scenes is to help run WWE’s developmental brand NXT, which specifically includes the NXT 2.0 TV show that airs on USA Network on Tuesday nights. Michaels will also have a key role in developing NXT Europe in 2023.

During his in-ring career, Michaels was considered one of the best all-around performers in WWE history and especially one of the greatest of all-time when it comes to match quality. Even though Michaels is in an executive role now, he was known for being something of a “bad boy” during his 1990s run, but then he turned his life around when he returned to the ring before retiring in 2010 at WrestleMania 26.

The NXT 2.0 brand will celebrate one year using that name during next week’s episode of the show with the WWE Universe being offered the chance to vote on some of the matches that take place.