The results for the final Ring of Honor pay-per-view of 2022: Final Battle.

Here are the results of the matches that took place at ROH Final Battle from College Park Center in Dallas (Arlington), Texas on Saturday, December 10th. It had a 4pm ET/3 pm CT start time and ran for about three hours.

These matches were on the Zero Hour pre-show.

The rest of the matches were on the pay-per-view broadcast.

That is the first time Athena has won the ROH Women’s World Championship. 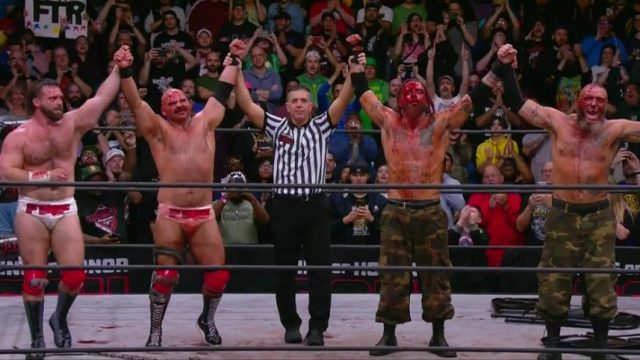 If Claudio lost, he would have been forced to join the Jericho Appreciation Society.

With the win, Claudio Castagnoli is now a two-time ROH World Champion.