It has been reported that Cody Rhodes is heading back to World Wrestling Entertainment.

It was back on February 15 when it was announced by Cody himself that he was leaving All Elite Wrestling along with his wife Brandi Rhodes. There was also a confirmation announcement from AEW as well that Cody, an Executive Vice President in AEW for three years, had left AEW. Since then, there were rumors over the last month that Cody could be headed back to WWE, which is the company where he started his pro wrestling career in July 2007 on Raw.

A new report from PWInsider’s Mike Johnson noted that Cody Rhodes has signed a new contract with WWE. Johnson reported that Cody signed his new deal about 10-14 days ago while adding that “multiple WWE sources” confirmed the new deal.

As for when Cody will debut (or return) to WWE, Johnson added that the current plan is to have Rhodes debut during WrestleMania weekend with Cody expected to be on the Raw brand.

It was noted in the Wrestling Observer this week that Cody will be facing Seth Rollins at WrestleMania 38. It has been listed on the internal lineups in WWE. It’s possible that WWE could announce Rhodes vs. Rollins on Raw next Monday (March 21) or the week after that (March 28). However, they could also opt to do what they did when the Hardy Boyz returned to WWE at WrestleMania 33 in 2017

During last Monday’s episode of Raw, there were several references to Cody while Rollins was on the screen, which likely was WWE’s way of telling its audience what was coming without blatantly adverting it.

Cody’s last match in AEW was on January 26 when he lost the TNT Championship to Sammy Guevara in a Ladder Match.

What isn’t known is if Cody can use his theme song “Kingdom” that he owns or if WWE chooses to use something else. 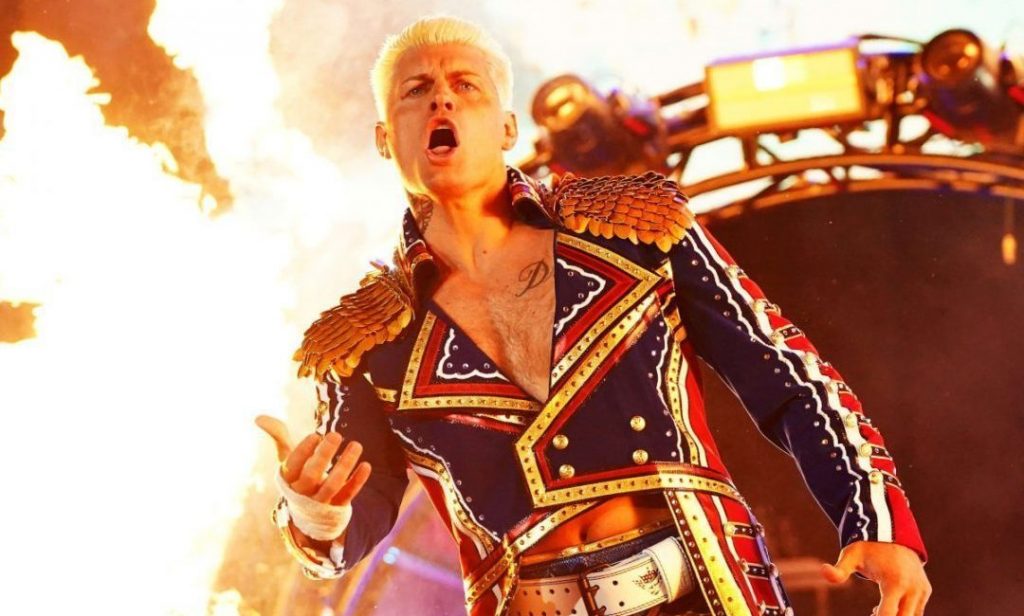 Cody Rhodes is 36 years old and a former three-time TNT Champion during his AEW career. When he was in WWE, he was a two-time Intercontinental Champion and six-time Tag Team Champion. Cody worked for WWE from 2006 to 2016 and apparently will be back soon.