Alexa Bliss has something to say on this week’s edition of WWE Raw and there might be a spoiler out about what’s on her mind.

On last week’s January 2nd edition of WWE Monday Night Raw, Alexa Bliss challenged Bianca Belair in a match for the Raw Women’s Title. Prior to that match, Bliss had teased hitting Belair with a Sister Abigail neckbreaker and also smashed a vase into Belair’s head.

During the match on Raw, Bliss snapped with a brutal attack on Belair. The match result was a disqualification, but that didn’t matter because Bliss wanted to send a message. Bliss hit Belair with a DDT onto the steel steps. Belair had to be helped to the back.

That Bliss-Belair match also had two different unknown fans wearing Uncle Howdy masks as you can see in the main photo used in this article. As most WWE fans know, Bliss was linked to Bray Wyatt in a storyline in 2020-2021 in the past, so since Uncle Howdy has appeared with Bray Wyatt in the recent past to try to get Wyatt to return to his dark side, the belief is that Uncle Howdy may want to make Alexa Bliss more evil too.

One of the main things WWE is advertising for tonight’s Raw is this: “Alexa Bliss to explain her brutal actions against Raw Women’s Champion Bianca Belair.”

In a potential spoiler for what Bliss might say, PWInsider reported this:

“Bo Dallas is backstage at tonight’s Monday Night Raw in Birmingham, Alabama. Given the Alexa Bliss announcement that she will explain her heel turn last week, one has to assume Uncle Howdy will make an appearance. This should confirm 100% that Dallas is playing the Uncle Howdy role.”

As a follow-up to the story, Fightful Select confirmed that Bo Dallas is at tonight’s Raw in Birmingham, Alabama. There is speculation that he’s portraying “Uncle Howdy,” but the person under the costume doesn’t reveal their identity before getting in or out of the costume in front of people.

In case you don’t know, Bray Wyatt and Bo Dallas are brothers. There was also a recent story by Gerald Brisco about Bo Dallas being backstage at a recent Smackdown episode on December 30th in Tampa, which was on December 30th when Uncle Howdy attacked Wyatt with a Sister Abigail neckbreaker.

If you missed Uncle Howdy’s recent appearance on Smackdown, you can see a photo of him below. 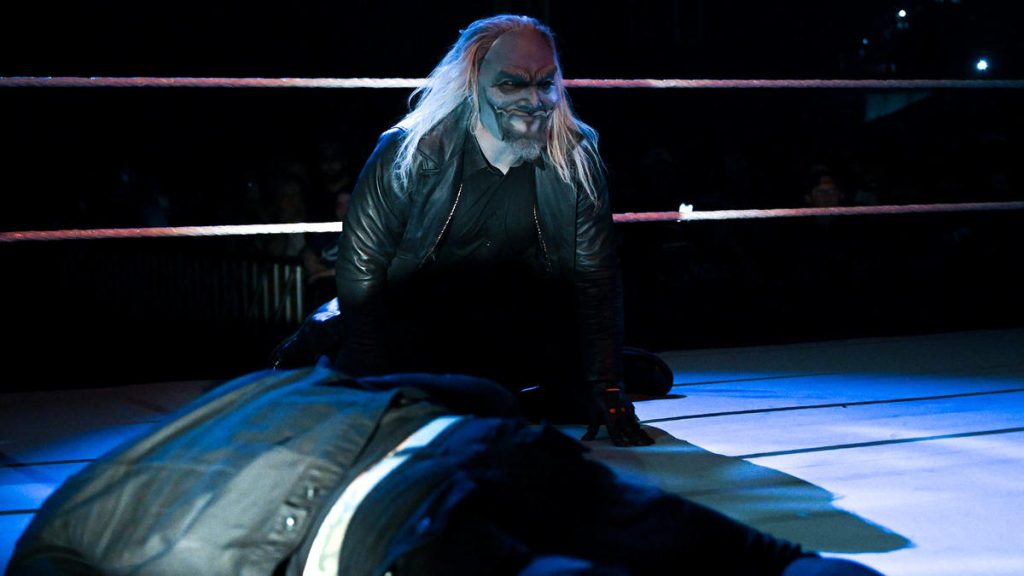 We will have to check out WWE Monday Night Raw to see if Bo Dallas appears as himself, as Uncle Howdy or if there’s something else planned for this mysterious storyline.