There are two big title matches set to take place at NXT New Year’s Evil in 2023.

The main event of NXT Deadline saw Bron Breakker retain the NXT Championship after beating Apollo Crews with a Spear. There wasn’t much time for a celebration because when Breakker turned around after posing with the title, Grayson Waller was there to hit him with a Stunner.

Waller did that because he won the first Men’s Iron Survivor Challenge match at NXT Deadline when he defeated Carmelo Hayes, Joe Gacy, JD McDonagh and Axiom. Waller got three falls in the match while others had two, so he got the win. As a result of the win, Waller gets an NXT Title match against Breakker. 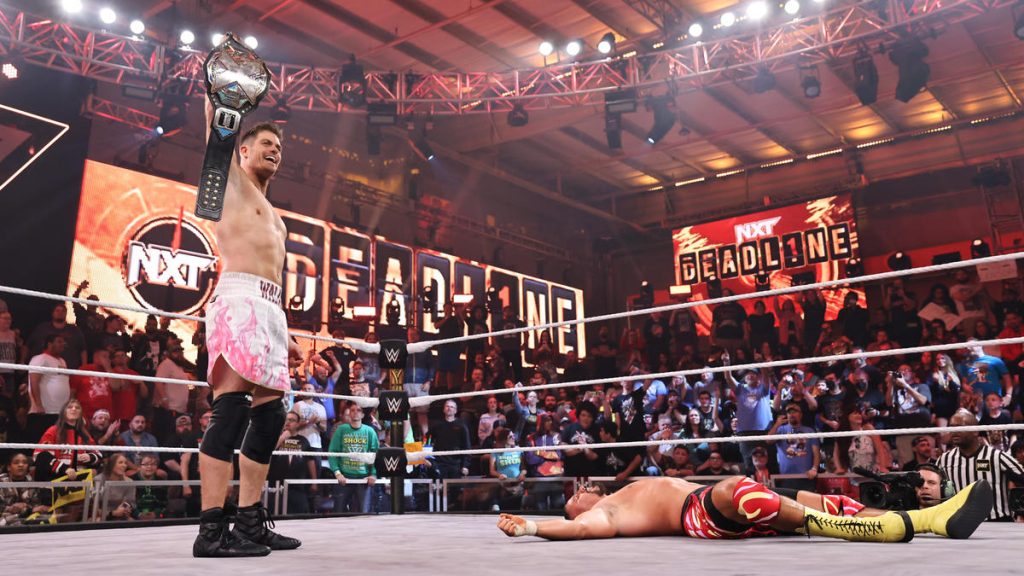 That NXT Title match between Breakker and Waller will take place on the NXT New Year’s Evil special airing on Tuesday, January 10th on USA Network and wherever you watch NXT TV. That announcement was made by WWE Senior Vice President of Talent Development Creative Shawn Michaels on the NXT Deadline media conference call.

In past years, the New Year’s Evil special was on the first episode of the year, but in 2023 it will be on the second episode rather than January 3rd.

The win by Perez means that she will challenge Mandy Rose for the NXT Women’s Championship. It is not the first time that Perez will face Rose, who has beaten Perez in the past. Mandy Rose has held the NXT Women’s Title for over 400 days going back to October 2021.

That means the updated NXT New Year’s Evil lineup on Tuesday, January 10th looks like this:

The Next NXT Premium Live Event on Peacock/WWE Network will be NXT Vengeance Day on Saturday, February 4th in Charlotte, NC.

Tony Schiavone Warns Against WWE Selling To A TV Company

What The Undertaker Told Vince McMahon To Do With Bray Wyatt