LA Knight has shared what he knows about the first ever Pitch Black Match coming up at the WWE Royal Rumble.

The next WWE Premium Live Event is the Royal Rumble taking place at the Alamodome in San Antonio, Texas with over 30,000+ fans in attendance. While the Men’s and Women’s Royal Rumble matches will each take up about one hour of time on the show, there are other matches too.

One of the matches taking place at the Royal Rumble will see Bray Wyatt compete in his first televised WWE match since Extreme Rules last October. Wyatt has wrestled at WWE live events, but he’s yet to wrestle on television, so that’s what will make his Royal Rumble match special.

Wyatt’s rivalry with LA Knight has been built up over the last few months with the brash Knight showing no fear towards Wyatt, who has denied multiple random attacks on Knight. On the December 30th edition of Smackdown, Uncle Howdy went into the ring with Wyatt and Knight only to deliver a Sister Abigail neckbreaker to Wyatt, much to the shock of Knight and the crowd in attendance.

During an appearance on the WWE After The Bell podcast, LA Knight commented on the first-time-ever Mountain Dew (gotta mention the sponsor) Pitch Black Match against Wyatt and what he knows about it.

“I don’t know what the lighting is going to be, how it’s going to work, what other kind of factors or elements are going to come into play. All I know is it’s going to be a fight at the Royal Rumble.” 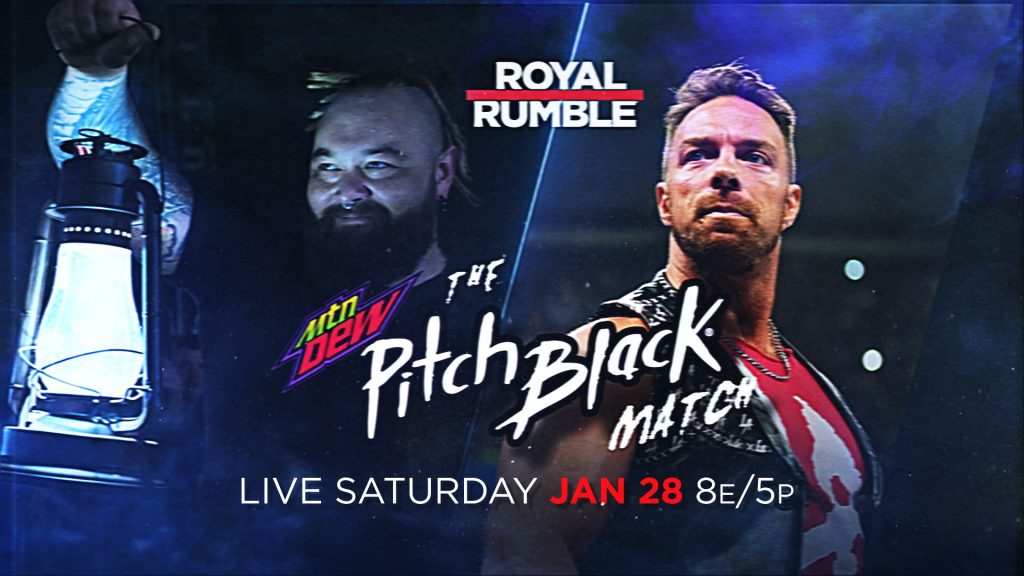