Former AEW World Champion CM Punk has reunited with a fellow AEW star as his own future in the company looks increasingly uncertain.

The story of what happened at All Out in September is a piece of wrestling folklore by now. Unhappy at several reports suggesting he had something to do with Colt Cabana’s diminished role in AEW following his own signing with the company, CM Punk lambasted several of his colleagues including company EVPs The Young Bucks at the post-show media scrum.

Following that The Young Bucks allegedly confronted Punk in his locker room which led to a physical fight. All three men as well as Kenny Omega and company producer Ace Steel were subsequently suspended by the company with The Elite since returning and Steel is believed to have been quietly let go.

Prior to his on-screen departure, CM Punk had formed something of a bond with the current AAA and IWGP Tag Team Champions, FTR. The three men teamed on the 1st of June edition of Dynamite to defeat Max Caster and The Gunns, but Punk’s foot injury put paid to any more trios matches with the tag team standouts.

Now in a photo shared on both men’s social media, it appears CM Punk and Dax Harwood of FTR have reunited. Whether or not they ever will on-screen again remains to be seen. 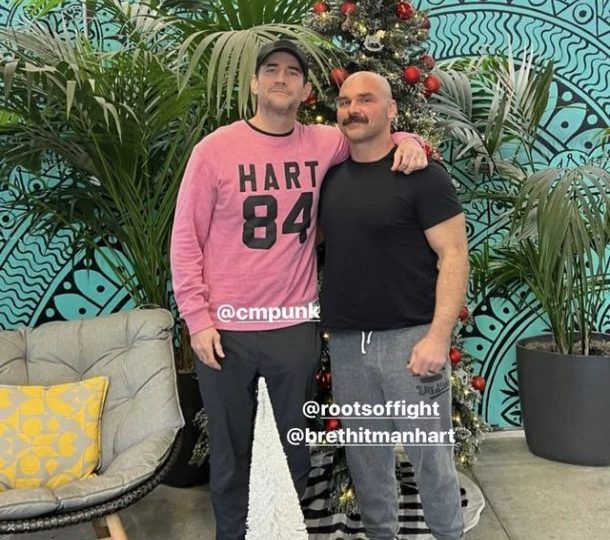