There’s a live episode of AEW Dynamite tonight from Daily’s Place in Jacksonville, which has become AEW’s home arena.

Before that, here’s what happened on last night’s AEW Dynamite late night one hour special that aired after the Western Conference Finals game between the Denver Nuggets and Los Angeles Lakers. It was a win for the Nuggets. Anyway, here are the match results on that special Dynamite episode.

There are more details on AEW’s website. I don’t plan to review that show, but I will review Dynamite as usual this week.

Here’s what AEW has scheduled for a live episode of Dynamite tonight. 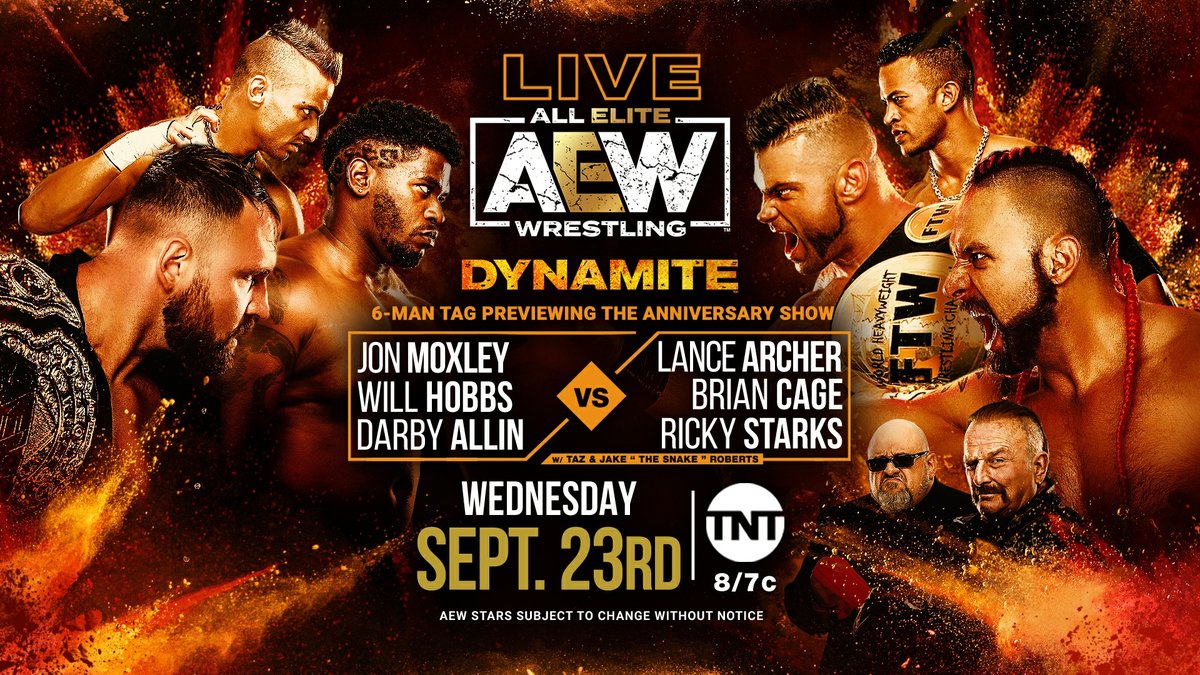 * Hikaru Shida and Thunder Rosa vs. Ivelisse and Diamante

Plus, AEW President tweeted about how NBA Hall of Famer and NBA on TNT broadcaster Charles Barkley will be on the show in some form.

Yes Charles, your boy Chris Jericho is on! @IAmJericho on commentary on Late Night Dynamite coming up next on TNT! And then Chris will be at #AEWDynamite Live tomorrow on TNT to share even more wisdom with us! It’s all going to be great! Thank you to the great @AEWrestling fans!

I’ll have an AEW Dynamite review up on TJRWrestling most likely on Thursday morning.