Welcome to the Smackdown Reaction, where I offer my take on this week’s show in Detroit, MI as we head closer to the Royal Rumble on January 28th.

A quick recap from last week’s main event opens the show before The Bloodline arrives at the arena. 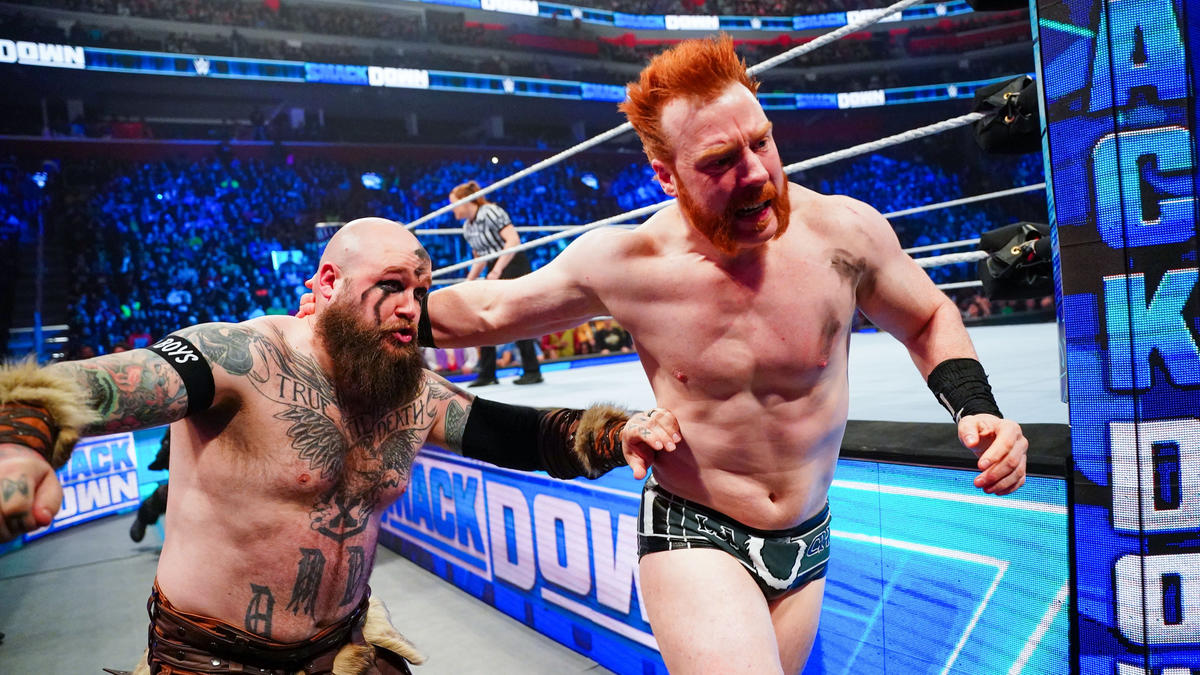 The Smackdown Tag Team Championship Tournament kicks off with Drew McIntyre and Sheamus squaring off against The Viking Raiders. Michael Cole offers condolences for the passing of Jay Briscoe when the bell rings. This was the match of the night. It was a hard-hitting affair from both teams. With the tag titles splitting, the tag division needs a little reestablishing and I think that is the purpose of the tournament. Sheamus and McIntyre pick up the hard-fought win, but the Viking Raiders looked really good here. I don’t think this will hurt them short-term since the tag champs are heels. The Viking Raiders proved that they could hang with Sheamus and McIntyre and are on the way to reestablishing themselves as a force in the dormmate tag division.

Roman Reigns and Sami Zayn were talking in Reigns’ locker room about what happened last week. Reigns would eventually get angry at Zayn and he’s asked to leave. The wheels are in motion…

LA Knight did a promo on Bray Wyatt before demolishing Greg Jones in a “match”. After the match, Wyatt turned up reviving The Firefly Funhouse. Wyatt cut a normal Funhouse promo on Knight and their Pitch Black match at the Royal Rumble. That will be an interesting match if they do it right.

Our next Tag Title Contender’s match has Hit Row taking on Los Lotharios in a battle of jobbers. The match was okay and Hit Row picked up the win since they just turned heel. They get Sheamus and McIntyre next week in the semifinals.

The Cody Rhodes return video package plays and at the end of it, Rhodes declares his entry into the Royal Rumble. This should not come as a surprise to anyone and he should be the odds-on favorite at this point.

After Braun Strowman declares his entry into the Royal Rumble, we go to the ring for Promo Time with Charlotte Flair. Flair talks about her recent issues with Sonya Deville, to bring her out. They have dueling promos to move their story along until Adam “Don’t call me WWE Commissioner” Pearce shows up to ask what’s going on here. Deville gets a cheap shot in on Flair and bails. It moved things along, but it wasn’t that compelling or must-see. Deville will likely get another title match soon and lose again. 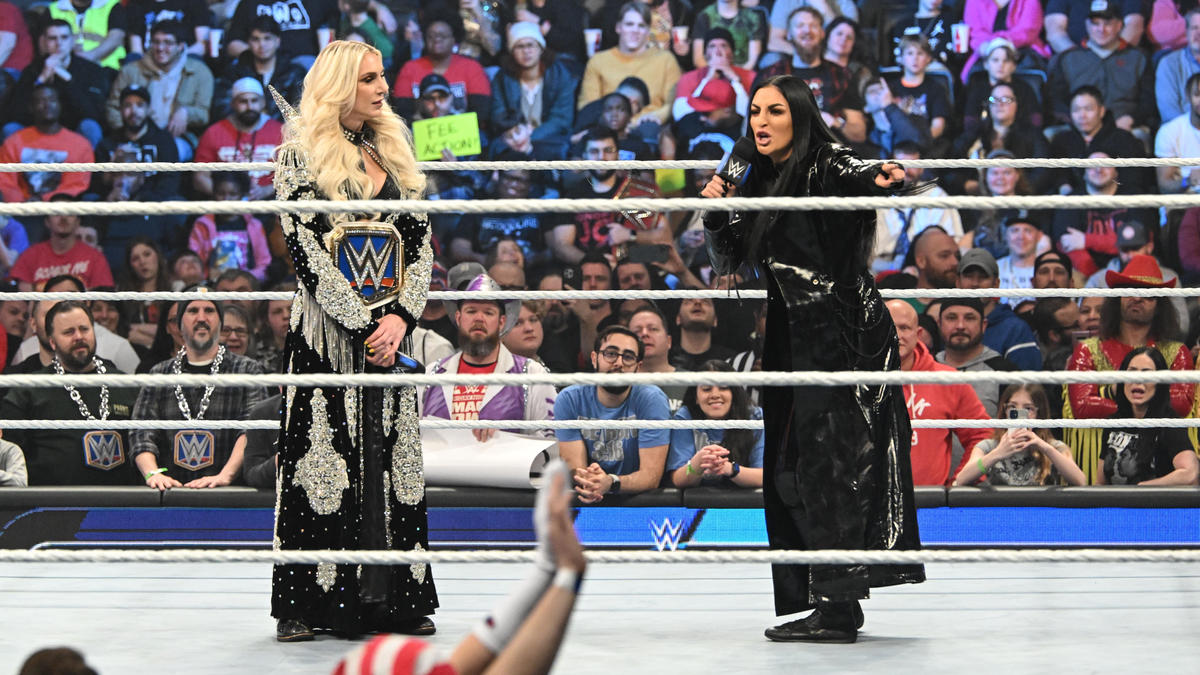 Reigns and Paul Heyman are talking about the Sami Zayn situation and this is just adding fuel to the fire.

Lacey Evans is being rebooted, yet again. I think she’s been rebooted more than Batman at this point. I guess they are trying to make something of her military background now.

Tag Title Contender’s match between the Brawling Brutes and Imperium is next. This was another hard-hitting affair that we’ve come to see when these two teams are in the ring together. It had some really good moments. I really liked the match and it delivered a solid outing. The right choice was taken by advancing the more established Imperium to the next round. The Brawling Brutes look good and had a solid effort.

Heyman was backstage trying to smooth things over with Zayn before Shayna Baszler declared for the Royal Rumble match.

An awesome video package was played to promote this Monday’s Raw 30th Anniversary Show. If you missed it, it should be on all of the WWE social media platforms. Go watch it.

So many iconic moments!

Our final Tag Title Contender’s match is our “main event” between Legado Del Fantasma and Maximum Male Models. The outcome was never in doubt here. I was a little surprised that the Models had a nice showing here and maybe getting a slightly more serious edge to their team. Legado picks up the win to face Imperium next week.

Reigns was making up to Zayn just before the WWE Undisputed Universal Championship Royal Rumble match contract signing. Reigns was out first with Solo Sikoa and Heyman by his side. Kevin Owens pops out of the crowd to take out Sikoa before dropping Reigns with a stunner. KO wipes out The Bloodline before Popup Powerbombing Reigns through the contract signing table. KO takes the contract from Heyman and signs it before Zayn finally shows up. KO tosses the contract at Zayn and bails back through the crowd while Zayn and the Bloodline check on Reigns to close out the show. Some revenge for Owens against The Bloodline while Reigns can’t be happy about what happened. 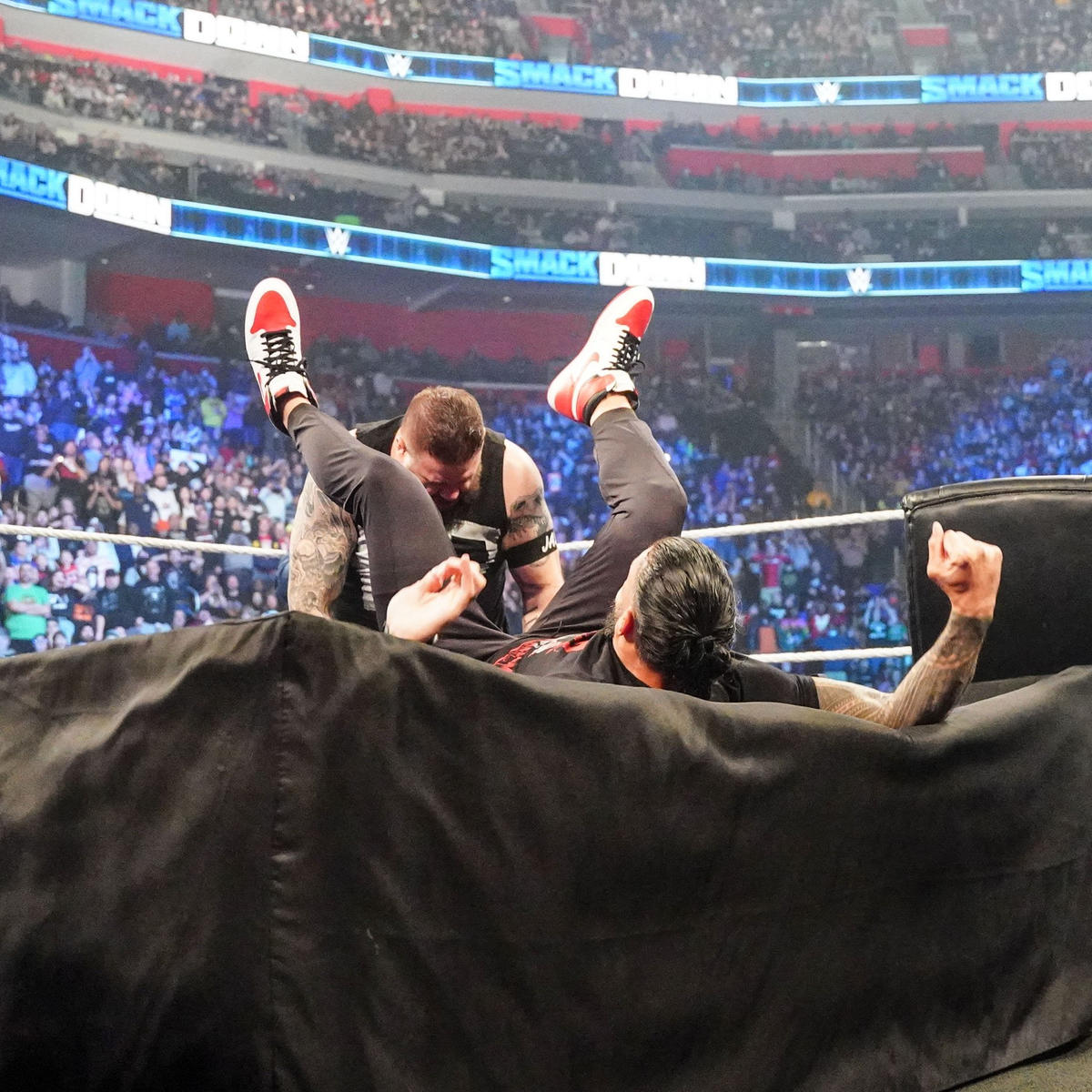 John rated this episode at a 7. I think that is a fair rating. The tag title tournament matches anchored the show this week for action and it was all pretty solid. I’m going to go with a 7.25 for the show on the strength of the opening match and the Bloodline spots throughout.

Let’s take a look at the highs and lows.

The Sheamus/McIntyre/Viking Raiders and Brawling Brutes/Imperium matches really anchored the show this week in terms of action. Both were really good and given sufficient time to play out. I think that was intentional to hint at a Sheamus/McIntyre/Imperium final.