WWE Money in the Bank is in the books and it continued a streak of Premium Live Events that have, in my opinion, exceeded expectations.

It was a solid six-match show without a bad match on the card. I know people will complain about it changing venues, or not selling out Allegiant Stadium. They still sold 20,000 tickets for Allegiant. If it was on any other weekend, it probably would have sold out. Then, they moved it to MGM Grand with a month left before the show and sold those 12,000 tickets out almost instantly. They didn’t have Roman Reigns advertised. No Cody Rhodes or Randy Orton. Yet, WWE keeps selling tickets. I think that is a testament to the company that people still want to go to their shows. Check out John Canton’s Money in the Bank review right here in case you haven’t done so already. 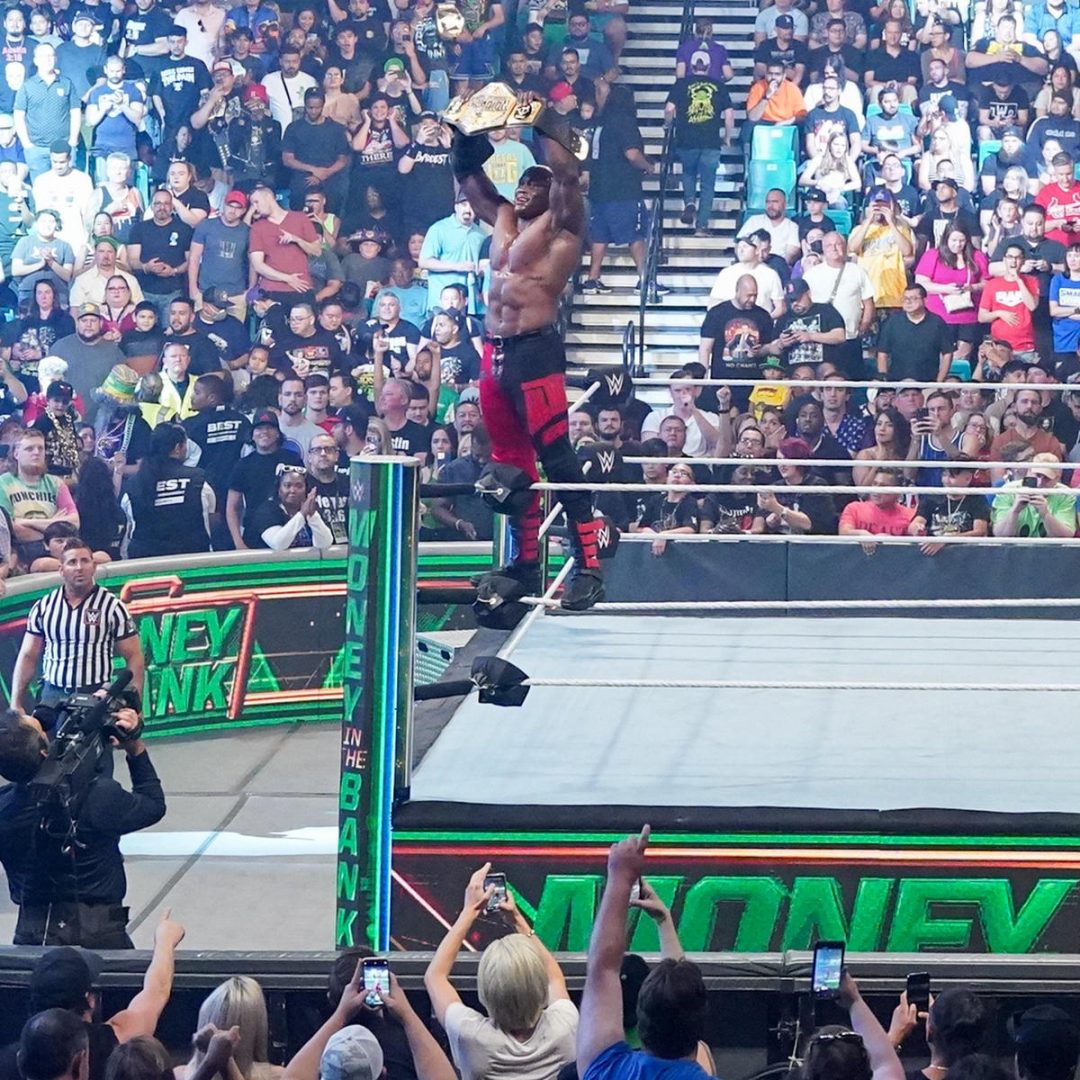 This made a lot more sense given what happened at the end of the night. Bobby Lashley defeated Theory to become the United States Champion. I thought it was a pretty good match with a clean and decisive finish. With Cody Rhodes out, Bobby Lashley likely becomes the number one babyface on Raw along with probably Edge so it was important to give him a win here. You need to keep him strong for a possible match with Roman Reigns later this year.

With Theory not likely to attempt a cash-in anytime soon, this feud could continue into Summerslam since John Cena is reportedly not in the cards to wrestle Theory at the show. Good match. Give Lashley an extended run with the US Title and let’s make it a habit of getting that belt on more PLEs. Let’s get the Intercontinental Title on more PLEs too! 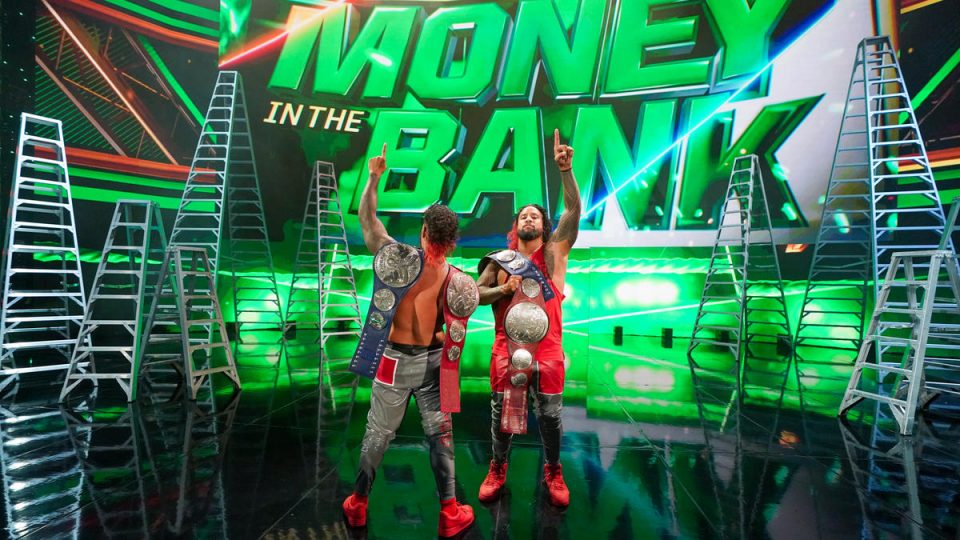 In an absolute classic, The Usos defeated The Street Profits to retain the Undisputed WWE World Tag Team Championships. This match was a lot better than I expected. I knew it would be good but I figured it would be about as good as their matches on Raw have been. This was even better. Both teams busted out new moves, plus it was exciting with the false finishes and the psychology. This is how I like my tag team wrestling. The finish was really never in doubt, but it did provide a little controversy with Montez Ford’s shoulder being up. At first, I thought it was a botch by Ford or the referee when I saw it live. Then, on replays, Cole and Graves put emphasis and highlighted the shoulder so it became clear to me that it was a planned spot. It was likely done to give a reason for them running this back at SummerSlam which I am fine with because this match was awesome.

Obviously, people are going to wonder about the teased split of the Street Profits. It was teased again here. You can see it’s coming. Montez Ford will be a star as a singles act. I’m not saying Angelo Dawkins won’t be, but there is definitely money in a Montez Ford singles run and I think you will see it before the end of 2022. 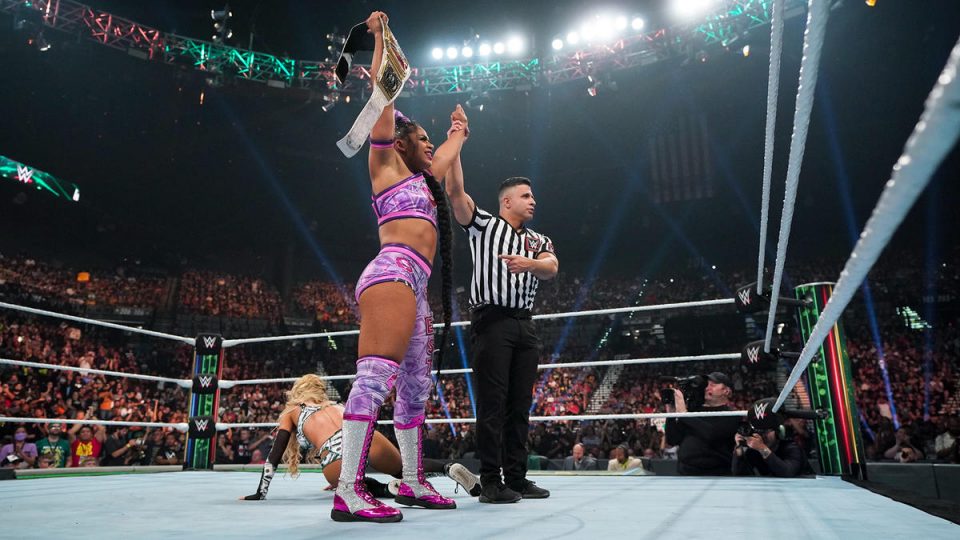 Bianca Belair has had a bad run of luck with opponents. Last year, at Money in the Bank, she was supposed to face Bayley until Bayley got injured while training and she’s been out ever since. Carmella ended up being her replacement that night. At Summer Slam 2021, Bianca was supposed to defend the Smackdown Women’s Championship against Sasha Banks. Sasha was pulled the day of the show for undisclosed reasons and Carmella was put in as a replacement before being replaced by Becky Lynch and defeating Bianca in 26 seconds to become Smackdown Women’s Champion. Fast forward to Money in the Bank 2022 and Carmella is once again a replacement for Bianca’s opponent, this time Rhea Ripley.

Give Carmella a lot of credit. She always shows up and delivers when it counts. Her and Bianca put on a good match for the Raw Women’s Championship for the time given. Bianca, despite setbacks, delivers time after time in these big match situations. Bianca eventually got the win with the KOD. If I was a betting man, I’d put my money on Bianca Belair and Becky Lynch at SummerSlam, though Bayley is certainly a possibility if she doesn’t return to Smackdown. 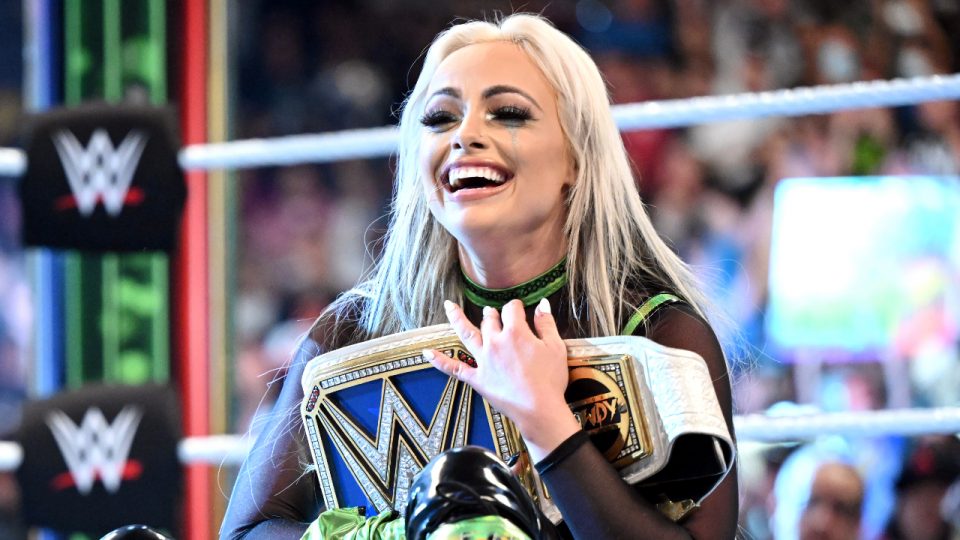 That’s a sentence I was starting to think I was never going to type. This completes really a year long journey that started at last year’s Money in the Bank. If you remember, that is when the fan support started to become undeniable after she kept getting screwed out of a spot by authority figure Sonya Deville. Then to get the spot and not get the victory. She then entered a feud with Raw Women’s Champion Becky Lynch at the beginning of 2022. Even though she came up short, I was in the building for their match at Day 1 and you could hear how popular she was. Liv has gotten victories over Sasha Banks, Rhea Ripley, and now Ronda Rousey this year. The progress she has made is amazing.

The Money in the Bank match was solid. Sure, there were some sloppy spots but you have to remember, most of the women in this match don’t have a ton of experience in this type of environment. Still, I was hoping for Liv but I was sweating a few times. It’s clear the fans were not having any possibility of Lacey Evans or Raquel Rodriguez. You could see Liv in near tears when she made her entrance. That’s when you knew she was going to win. When she did, you could see the emotion on her face. She knew she made it.

I expected Liv to cash in on Bianca. When Ronda Rousey defeated Natalya in a pretty good match, Liv Morgan’s music hit and the place went nuts. Having Liv cash in on Ronda was a surprise since Ronda is so protected. I had a minor heart attack when Ronda caught Liv’s foot and slapped on that Ankle lock. For a few seconds, I thought it was over until Liv kicked Ronda’s bad leg and rolled her up for the win. It was a culmination of her life’s work. It happened and I am so happy for her. Nobody deserved it more than Liv Morgan. 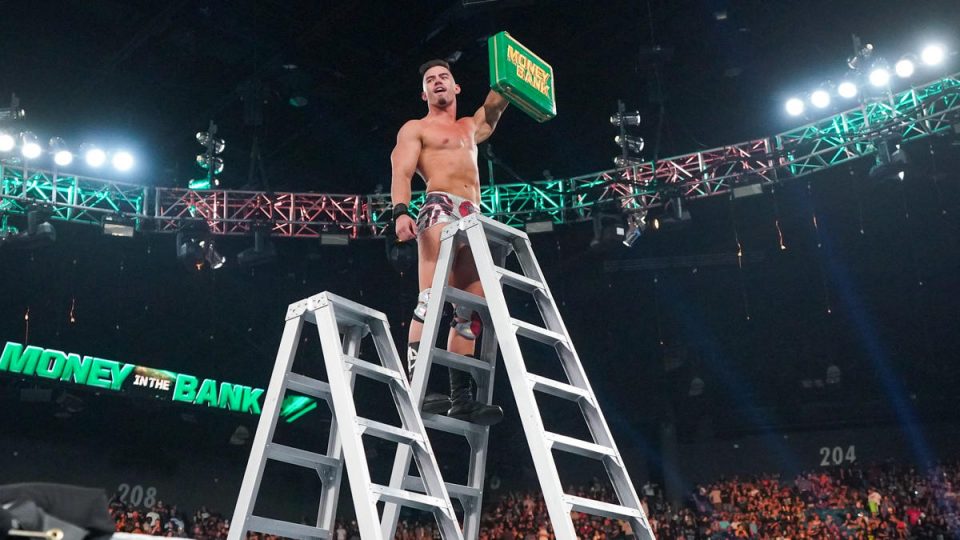 This one sure ruffled a lot of feathers. As soon as Adam Pearce inserted Theory in the match, you knew who was winning. The match was still great. Seth Rollins shined as usual. The powerbomb of Omos through the table was a great visual. Ultimately, it was Theory’s night as he grabbed the Money in the Bank briefcase. It reminded me a lot of when The Miz won his first Money in the Bank back in 2010. Nobody really wanted him to have it. They didn’t think he deserved it or wasn’t good enough. He made the most of his opportunities and I think Theory will as well. He’s pretty good in the ring and remember, he is only 24 years old. He still has a lot of growing to do over the next decade. He may fail, but it won’t be because he wasn’t given the opportunity to succeed. He has been in a high-profile WrestleMania match, he’s been in a World Title match with Brock Lesnar, he’s been United States Champion, and he’s faced Bobby Lashley. He’s had a pretty stellar year even if some of his segments have been hit or miss.

The thing is this. We always complain that WWE doesn’t produce new stars. What would Drew McIntyre or Seth Rollins gain from that briefcase? They’re main event guys already. Same with Riddle. Omos? Nobody wants that. Madcap Moss is a great talent but he isn’t as good in the ring as Theory. We can’t criticize WWE for not making new stars and then criticize them when they attempt to just because it isn’t the new star WE picked. The fact of the matter is this. There’s two reasons Theory isn’t well liked among the vocal minority universe and neither one is performance related. Number One: Allegations which may or may not be accurate but which have yet to be proven. Number Two, and this is the main one in my opinion, he’s a Vince McMahon guy. Just like Baron Corbin, just like babyface Roman Reigns and John Cena, just like early babyface Rocky Maivia. What do those men have in common? Even on the women’s side. Charlotte Flair. The similarity is simple. They’re Vince McMahon choices so that is why they’re crapped on. It isn’t because of their actual work because Theory can go inside that ring.

Top acts such as CM Punk, Daniel Bryan, Liv Morgan, Becky Lynch, etc. all got over and were not universally criticized online. Why is that? Because they were not Vince McMahon’s original choices. Why doesn’t Madcap get the type of hate Theory gets when he’s arguably not as good? Because he’s a Paul Heyman guy, that’s why. Talent is talent. I don’t care who handpicked them or why they are where they are. I’m not the biggest Theory fan, but I recognize the kid’s talent and he is only going to get better.

It was a pretty good Money in the Bank show. The next stop is SummerSlam in four weeks where Roman Reigns and Brock Lesnar clash again and Logan Paul will likely clash with The Miz.