Welcome back, TJR readers! Did you spend all day Friday trying to avoid your returning boss around the office, and missed WWE Smackdown? Perhaps you spent all day Monday practicing throwing the football farther than three yards and missed Raw. 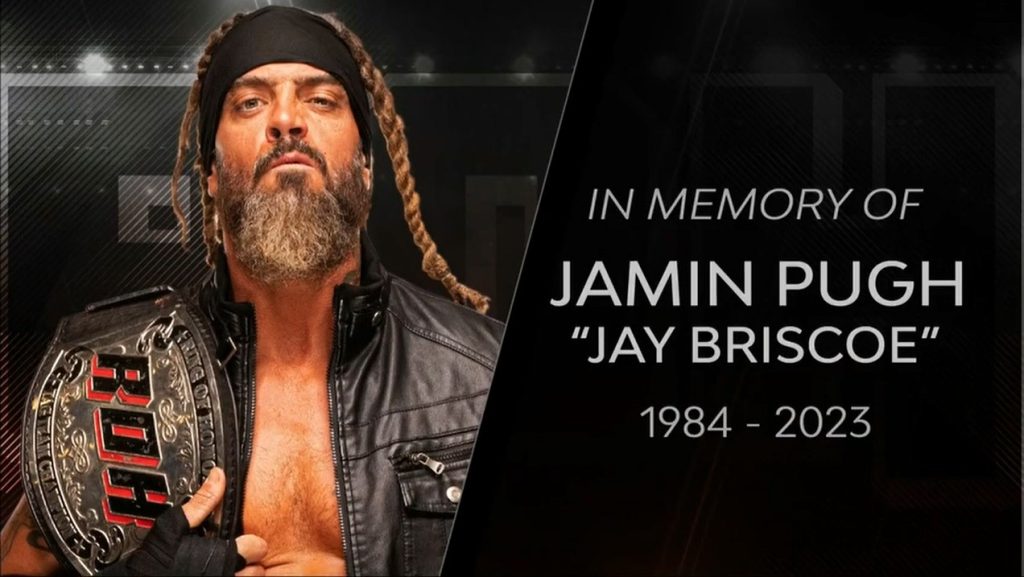 I begin the top ten list this week, I would like to take a moment to recognize the loss of Jay Briscoe. Briscoe (Real name Jamin Pugh) tragically passed away this week in a car accident at the way-too-young age of 38. Briscoe had been a part of ROH, and along with his brother Mark, they were in their incredible 13th reign as ROH Tag Team Champions. More importantly, Briscoe was also a father to three children and a husband. I would like to give my condolences to his friends and family, may he rest in peace.

Jay Briscoe and her daughter to cheer up the timeline pic.twitter.com/yL50gf35ho

Mickie James’ career is not quite over yet. This past Friday at Impact Wrestling’s Hard to Kill, James defeated Jordynne Grace in the main event of the evening to capture Impact Knockouts Championship. Making the match even more intriguing was the fact that James promised to retire from professional wrestling if she lost the match. With the win, James will now continue her career for the foreseeable future, or at least until she starts an OnlyFans account. (TJRWrestling)

Two of the top female stars of AEW turned heel this week. This past Wednesday on Dynamite, Toni Storm was accompanied to ringside by Saraya for her match against Willow Nightingale. During the match, Saraya proceeded to distract Nightingale to allow Storm to pick up the win. Storm and Saraya then proceeded to attack Nightingale, until Ruby Soho came down to make the save. It is surprising that Saraya is turning heel after debuting only last September, as usually stars are already relegated to Dark. (TJRWrestling)

#ToniStorm picks up the win, but @Saraya wastes no time in attacking @willowwrestles after the bell! Thankfully @realrubysoho was able to intervene in time, but what have we just seen from Saraya and Toni Storm? Tune in to #AEWDynamite LIVE on TBS! pic.twitter.com/MHO8xaxU1D

Bray Wyatt may be returning to his demonic ways soon. This past Friday on Smackdown, a QR code was once again shown on the show. This time when the code was scanned, it led to a video showing Bray Wyatt. Wyatt then changed from his happy persona to The Fiend, with him saying to the camera: “See you in hell… Let me in.” Wyatt is currently scheduled to face LA Knight in a Mt. Dew Pitch Black match at the Royal Rumble on January 28th. We shall have to wait and see if Wyatt decides to set himself on fire again to try to gain an advantage in the match. (TJRWrestling)

That teaser for Bray Wyatt tonight has a QR code in it that led to this video #SmackDownhttps://t.co/0bnWWkHFbLpic.twitter.com/A105mcjG6W

WWE continued teasing splitting the Tag Team Title this week. This past Friday on Smackdown, it was announced that a tournament will begin tonight to earn a shot at The Smackdown Tag Team Championships. As of this writing the only two teams announced for the tournament are Sheamus and Drew McIntyre, as well as The Viking Raiders. Similar to how The Judgment Day earned an opportunity at just the Usos Raw Tag Team Championships, it was noted that the winners of this tournament will only challenge the Usos for their Smackdown Titles. Interestingly, Vince McMahon will also be holding a tournament with WWE board members this week, with whoever kisses his ass the least being eliminated. (TJRWrestling)

6. Alexa Bliss to Challenge Bianca Belair at the Royal Rumble for the WWE Raw Women’s Championship

Alexa Bliss and Bianca Belair will attempt to settle their differences at the Royal Rumble on January 28th. This past Monday on Raw, Belair called Bliss out to the ring. Belair then proceeded to challenge Bliss to a match at the Rumble, with Belair’s Raw Women’s Championship being on the line. Bliss and Belair then proceeded to begin fighting around ringside, before the mysterious Uncle Howdy once again appeared at ringside. Howdy appearing distracted Belair, allowing Bliss to hit her with a DDT. All of this would now make one Bolieve that Uncle Howdy will also likely play a part in the Rumble match as well. (TJRWrestling) 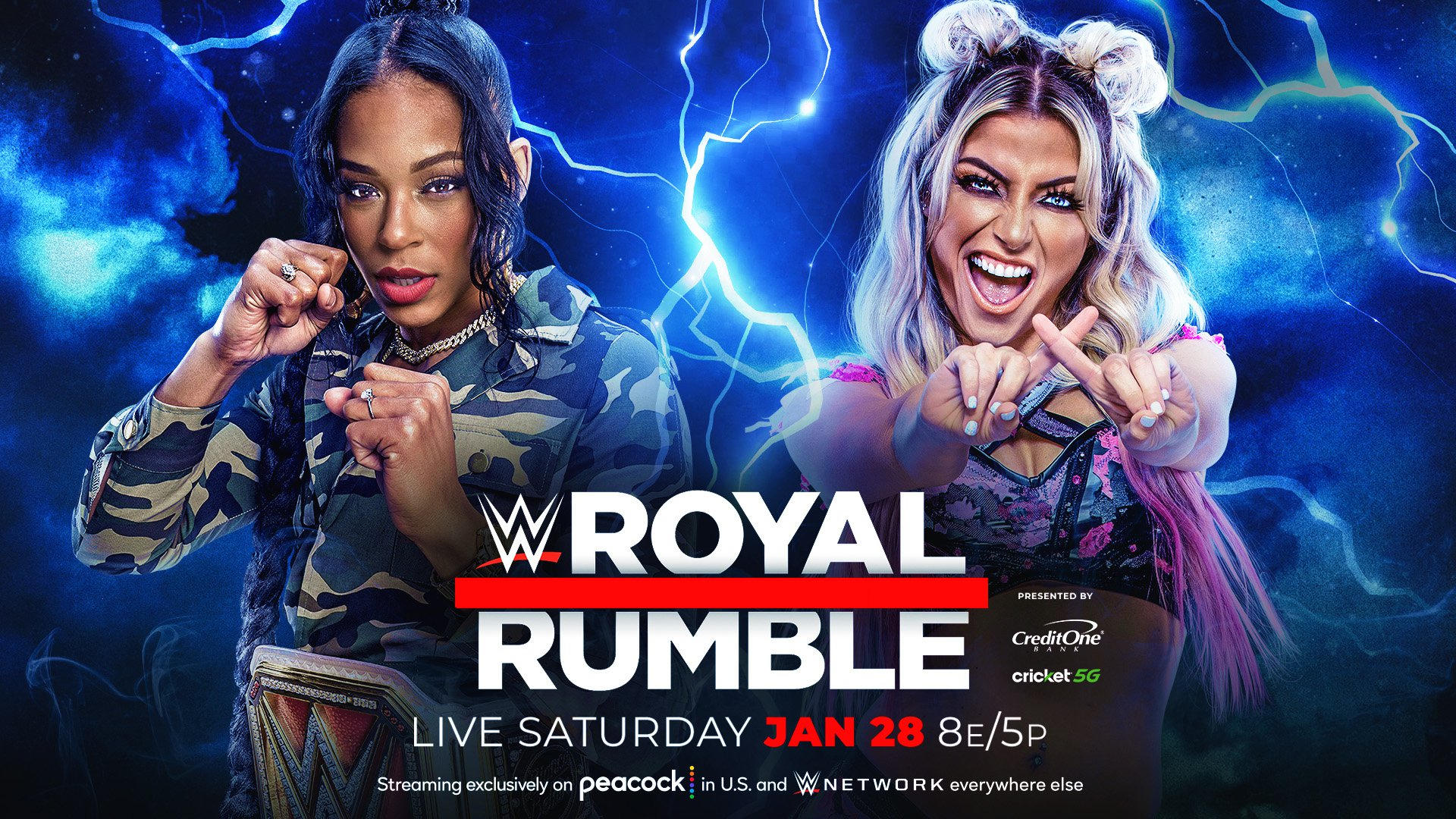 Vince McMahon now has one less legal concern to worry about this week. This past Thursday, it was reported that McMahon had agreed to a multimillion-dollar settlement with former WWF Referee Rita Chatterton. Chatterton had publicly accused McMahon of raping her in 1986, and was reportedly seeking $11.75 million in damages for the incident. It is unknown how much the settlement was for, but is believed to be way less than $11.75 million, but still in the millions of dollars. Jerry McDevitt, McMahon’s long-time lawyer stated that “Mr. McMahon denies and always has denied raping Ms. Chatterton. And he settled the case solely to avoid the cost of litigation.” Reports that the payments were made entirely in Saudi Riyals have not been confirmed at this time. (TJRWrestling) 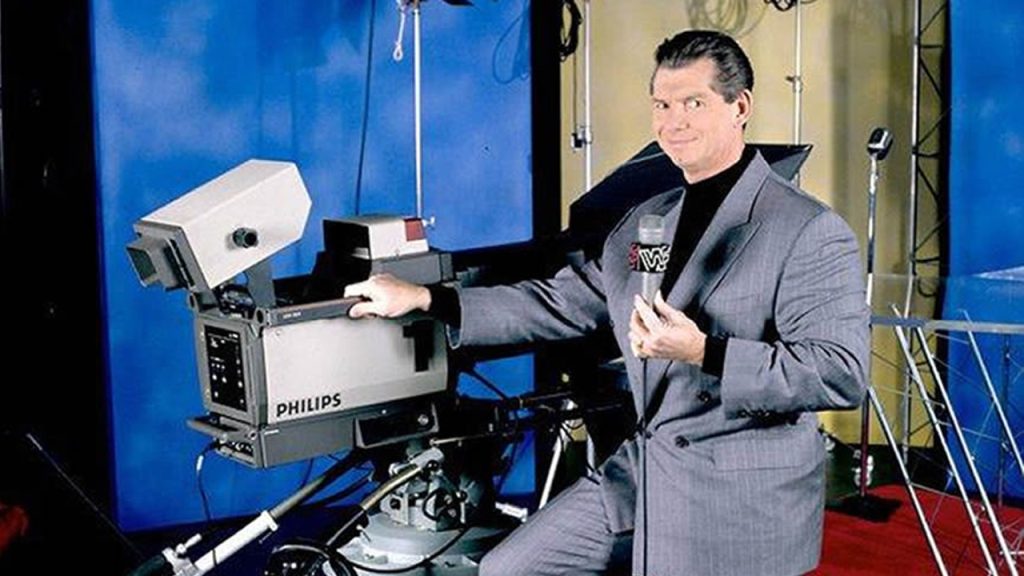 Tributes from all over the wrestling world poured in this week for the late Jay Briscoe, with AEW being no exception. This week on Dynamite a graphic was shown of Briscoe, as well as many of his former co-workers wearing special armbands to commemorate him. AEW and Tony Khan then went even further, taping a whole Jay Briscoe tribute show after Dynamite. The show will air on both ROH Honor Club and the ROH YouTube channel for free at a later date. It was also reported this week that AEW wanted to do the tribute on Dynamite, but WarnerBros Discovery Media banned it so to some hateful comments that Briscoe made many years ago. Briscoe had apologized many times for the comments before his passing, causing Warner Bros’ decision to be a real slap in the face for many people. (TJRWrestling)

In addition to matches filmed tonight for the first Celebration of
Jay Briscoe's Life, this first tribute show will include people talking about their experiences with
Jamin Pugh + classic matches from
Jay Briscoe's legendary career, coming soon to ROH YouTube +
free on HonorClub

Cody Rhodes is officially returning to the WWE this month. This past Monday on Raw, another video played promoting Rhodes returning from the torn pectoral muscle that he suffered last June. During the video, Rhodes appeared and announced that he would officially be entering the 2023 Men’s Royal Rumble match on January 28th. Rhodes is the favorite to win the Rumble this year, with Vince McMahon choosing to declare himself the winner coming in a close second. (TJRWrestling)

Vince McMahon’s tyrannical takeover of the WWE continued this week. This past Monday a filing to the Securities and Exchange Commission stated that, “No further approval of the stockholders of the Company is required to approve any of the actions taken by Mr. McMahon pursuant to the January 16th Consent.” This announcement angered at least one set of stockholders, with The Detroit Police and Fire Retirement System filing a lawsuit against the WWE. Triple H also held talent meetings on both Smackdown and Raw this week, to reassure the employees that nothing will be changing with the day-to-day creative of the company. In spite of this, reports have already surfaced of McMahon making creative suggestions, although it is unknown how blocking out the sun would even be possible. (TJRWrestling) 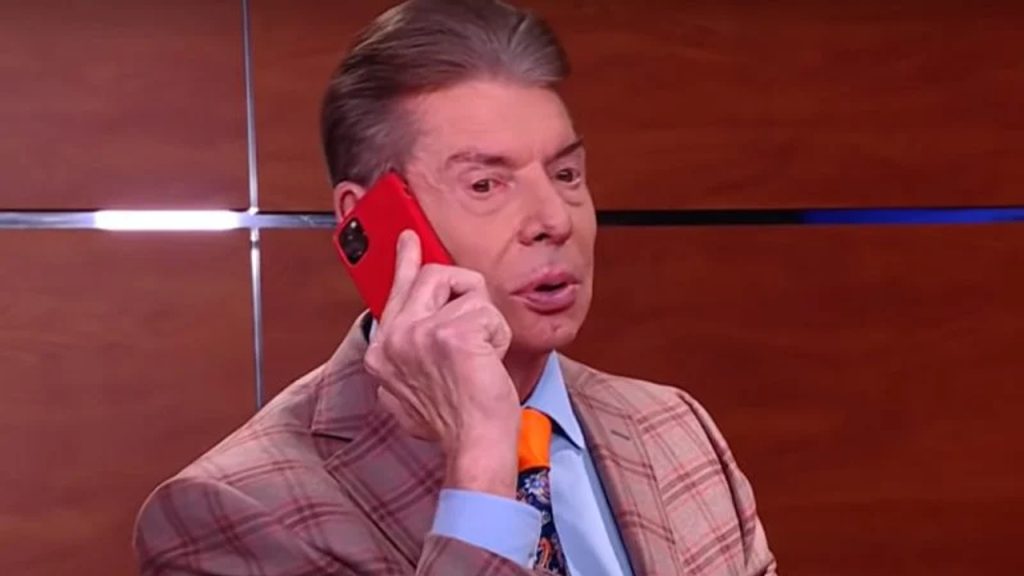 Monday Night Raw will be celebrating an incredible 30 years on the air this coming Monday night. The huge anniversary show is already promising to be a big one, with two title matches being announced so far. Bobby Lashley will attempt to recapture the WWE United States Championship from Austin Theory. Also, The Usos will defend the WWE Raw Tag Team Championships against The Judgement Day. Along with the title matches, Becky Lynch will also face her longtime rival Bayley inside of a steel cage. If those matches were not enough, multiple former WWE legends have also been announced for the show. Road Dogg, Faarooq, X-Pac, Ric Flair, Shawn Michaels, Undertaker, Teddy Long, Jerry Lawler, Kurt Angle, and The Bella Twins have all been announced to appear on the show. Finally “every generation” of The Bloodline is set to appear to acknowledge Roman Reigns. Although the show is being advertised as Raw XXX, Mandy Rose is currently not scheduled to appear. (TJRWrestling)

That concludes another edition of The Top Ten Wrestling Stories of the Week. Although I often joke, I have recently started refereeing with NYCW and FCWA, and respect more than ever what wrestlers do every week. I wrote an article all about it all right here. If you like what I do, despite my jokes being almost as bad as not allowing a tribute show, then follow me on Twitter @Fowlerwrestlin1.and listen to my Podcast The Smark and the Noob. Thank you to all of those who read this every week.