T-Shirts play an important role in wrestling, providing the opportunity to connect with your favourite wrestler or faction. They turn fans in to super fans and groups in to movements.

Some transcend wrestling altogether and others just look cool. Here we breakdown the best wrestling t-shirts in history. 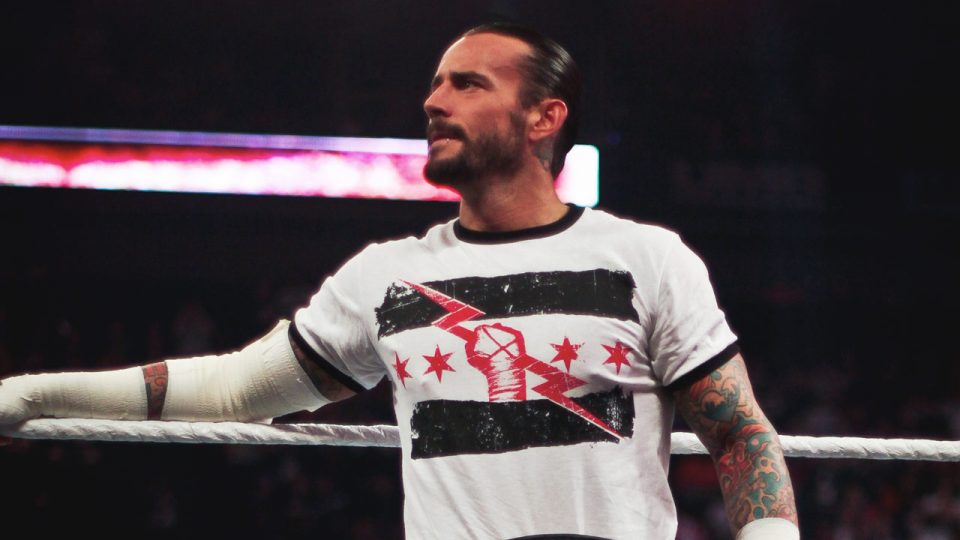 An instantly iconic design. The main event of Money In The Bank 2011 was the most anticipated WWE match in years. John Cena defending his WWE Championship against CM Punk in the challenger’s own backyard of Chicago.

People were gagging for their guy to get the biggest win of his career and when he emerged into the arena to an almighty reaction, the brand new shirt on his back instantly became the most desired piece of wresting merchandise on the planet. The ‘Best In The World’ tee with the image of the Chicago flag as its base was a stunning design that was exclusively available to those in the arena.

When it became available for general sale it sold out instantly, becoming impossible to get for weeks. Whenever you see this shirt it takes you back instantly to one of the most incredible nights in WWE history. 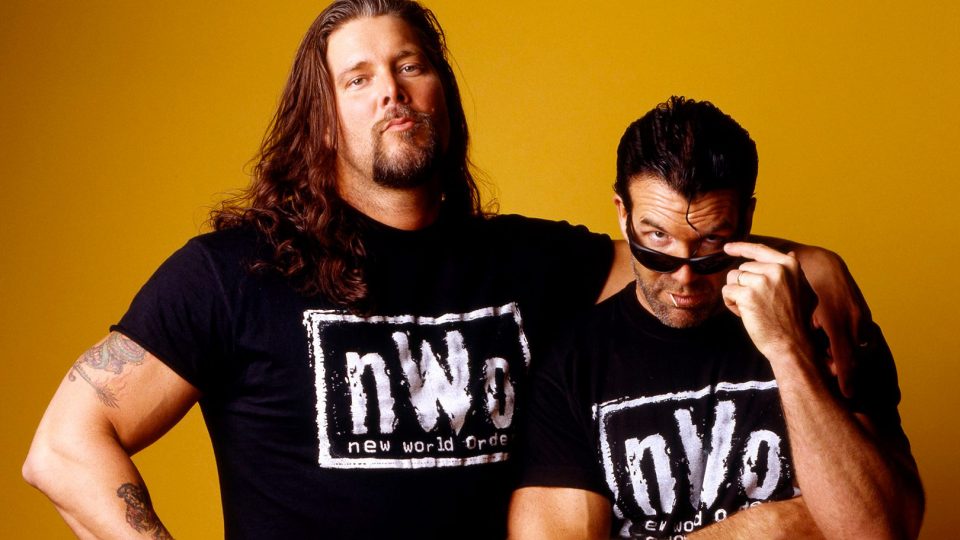 This shirt was hands down the coolest wrestling shirt designed in 1996 and it was impossible to go to a wrestling event for the next few years without seeing them all throughout the crowd.

The instantly recognisable stencil design captured the renegade spirit of the New World Order perfectly, and it remains one of wrestling’s most enduring, and copied, symbols 25 years after it was created. 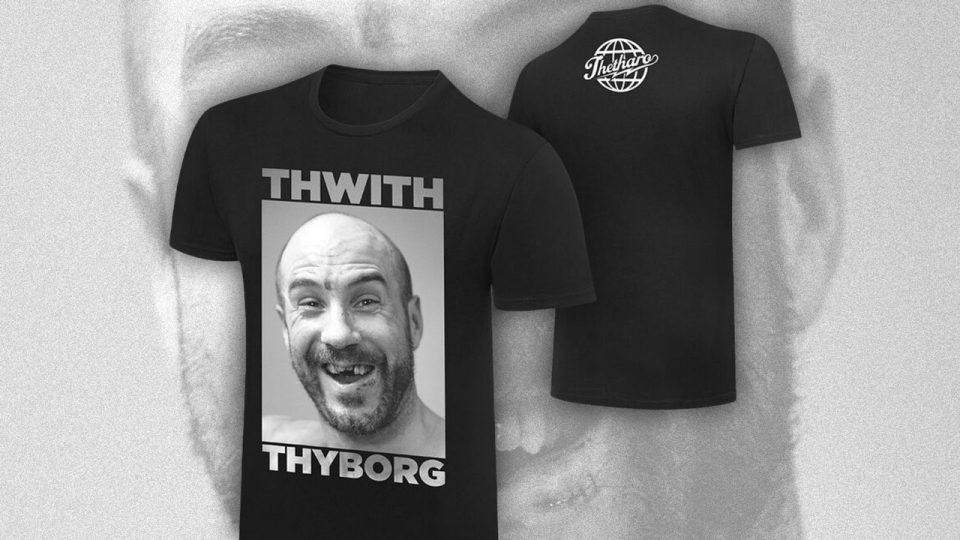 While most of the shirts on this list have an iconic place in the pantheon of wrestling, some of them are in purely on account of their creativity and sense of fun.

When Cesaro lost his front teeth in a match alongside Sheamus against The Hardy Boyz at WWE Payback 2017, the Swiss Cyborg turned a gruesome injury into a positive.

His mouthguard aided visage made him into even more of a badass looking ass-kicker – if that were possible – and this t-shirt making light of his new-found whistling lisp will have done his bank balance no harm.

They even changed the Cesaro logo on the back to read ‘Thetharo’. It’s the little things… 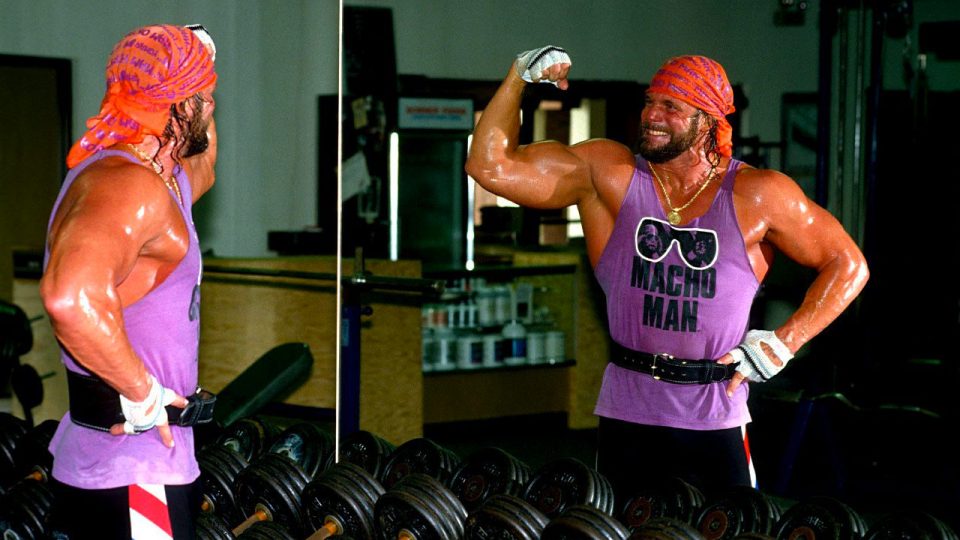 Two words, the outline of a pair of shades and a perfectly chosen background colour and you have a shirt that someone personifies a man known for his eclectic choice of ring attire throughout his glittering career. A great shirt at the time, this one is now a piece of retro cool.

Whilst the masses might flock to the NWO and Austin 3:16 designs, we all know the really cool kids wear purple. 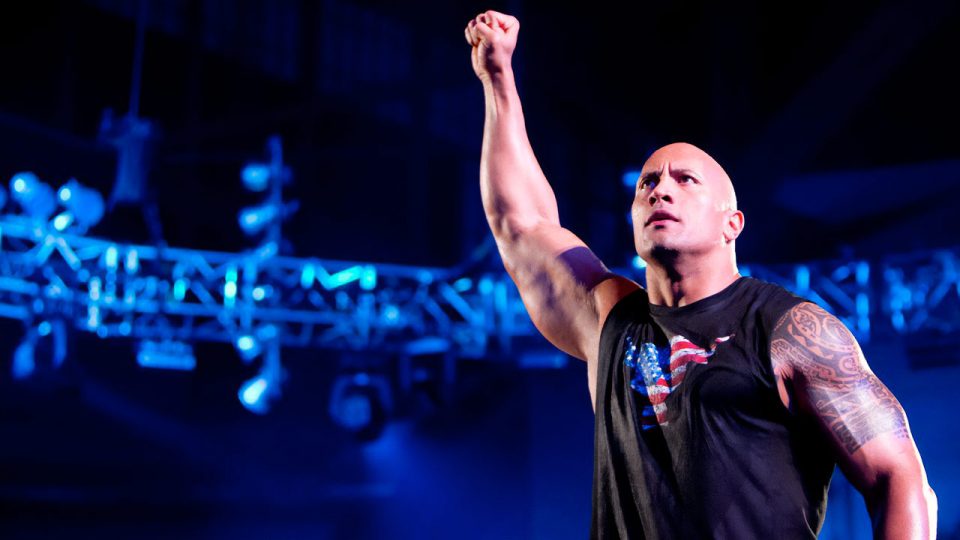 Before The Rock became the most famous man on the planet, he was the coolest man in wrestling.

He had some great shirts over the years but surely none were more awesome than the simple silhouette of his Brahma Bull tattoo filled in with the red, white and blue of the American flag.

Released around the time of the 9/11 attacks in 2001, this shirt almost became a symbol within WWE for standing up for their home nation. A truly awesome design. 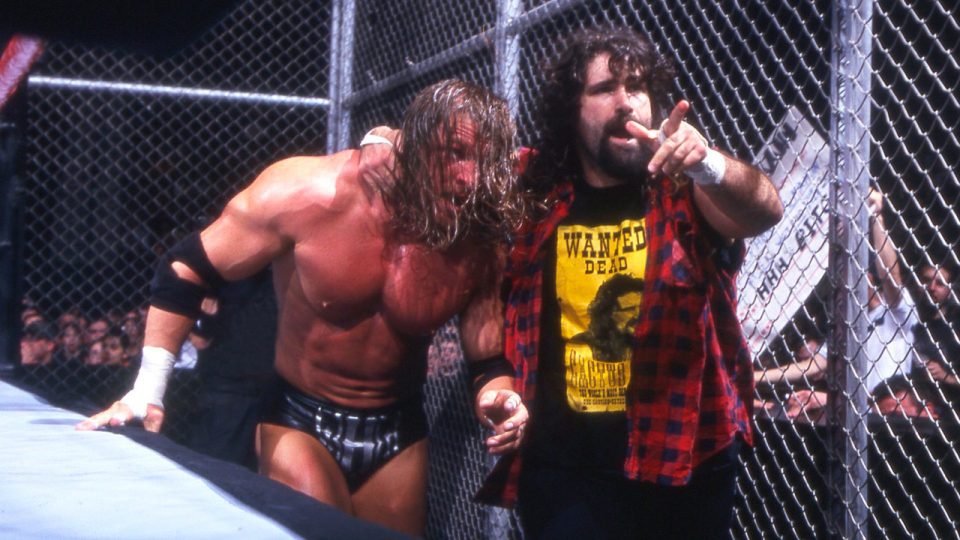 A wanted poster is the absolute pitch perfect design for arguably wrestling’s greatest outlaw. The absence of the word ‘alive’ from the usual poster slogan just adds to the persona.

Very rarely do t-shirts work when worn by the subject of the shirt during the matches they participate in. This is an exception. Cactus Jack just wasn’t the same without it. 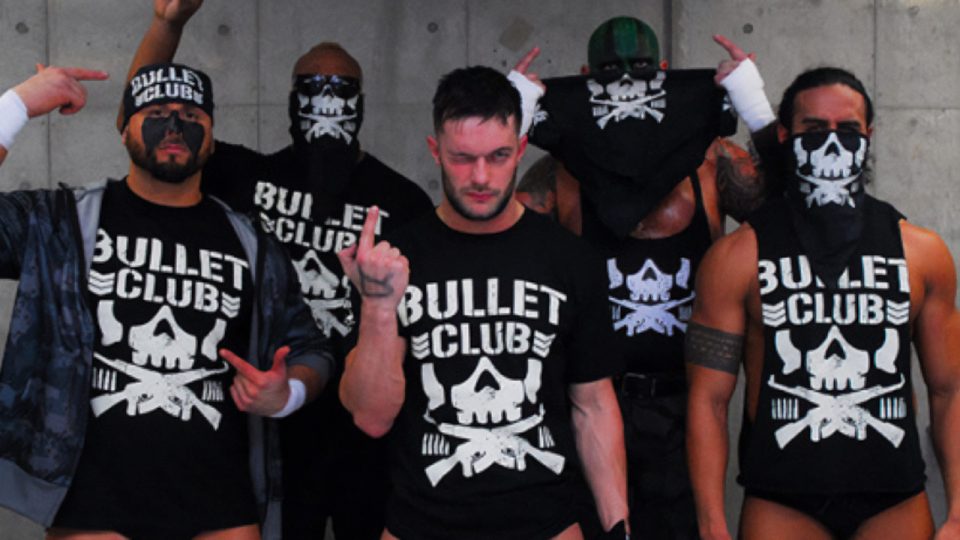 Unquestionably the most important wrestling shirt of the modern age.

The adoption of this NJPW design by fans across the world really set the ball rolling for the enormous resurgence of independent wrestling this last decade that led to the creation of AEW and the enormous increase in interest in wrestling outside the confines of WWE.

There have been many variations of this shirt but as with most things of this manner, the original is by far the best. 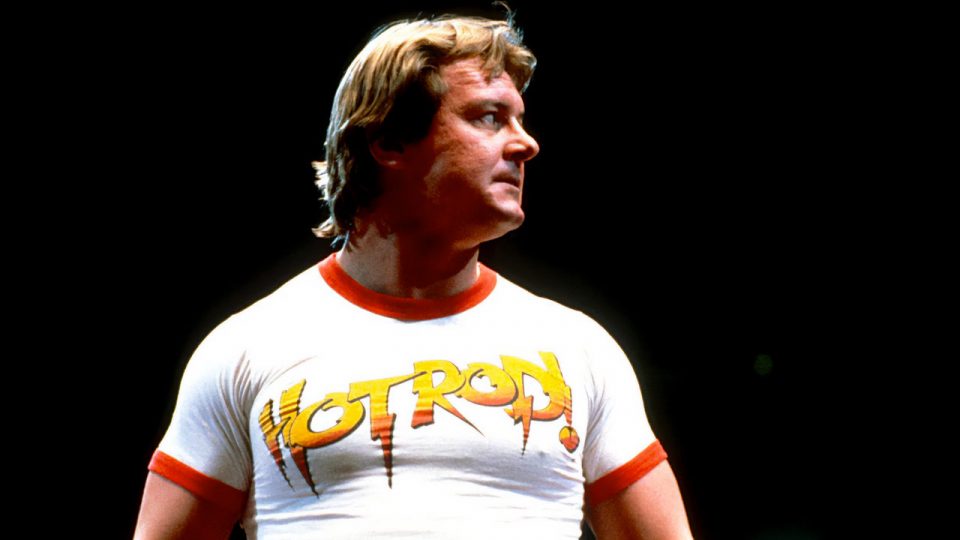 What’s there to say about this design? It has nothing to do with ‘Rowdy’ Roddy Piper but if you are the coolest man in 80s wrestling and you make this your go-to look, we’re damn sure including it on a list like this. 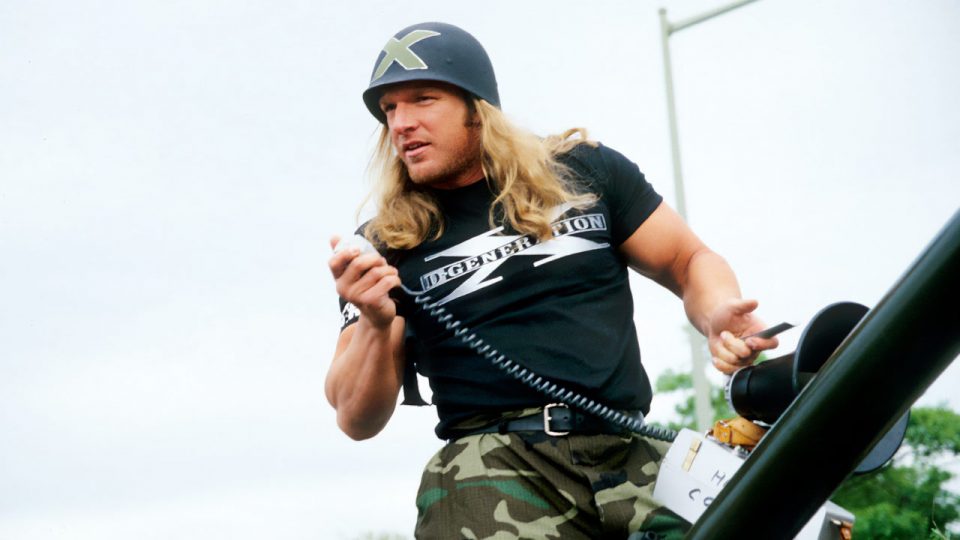 The three best-selling shirts on this list have one thing in common. They’re simple black shirts with a white, word-based design on them and no images. Do you think they were on to something back in the late 90s?

DX were cool back then and we all wanted to be cool too. Ergo, we all wanted to wear these shirts, point at our crotches and confuse everyone we met by requesting rather rudely that they suck it. What innocent days…. 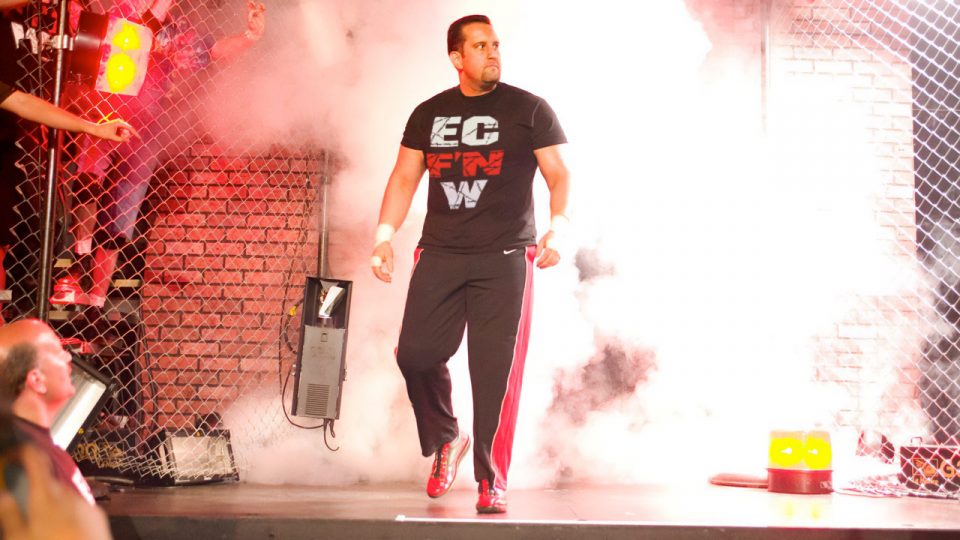 When you are talking about tribes in wrestling, none were more devout, more visceral, and more profane than ECW’s cult like following back in those halcyon mid-90s days. If you ever stepped foot in that bingo hall on the corner of Swanson and Ritner, you lived by those five syllables. 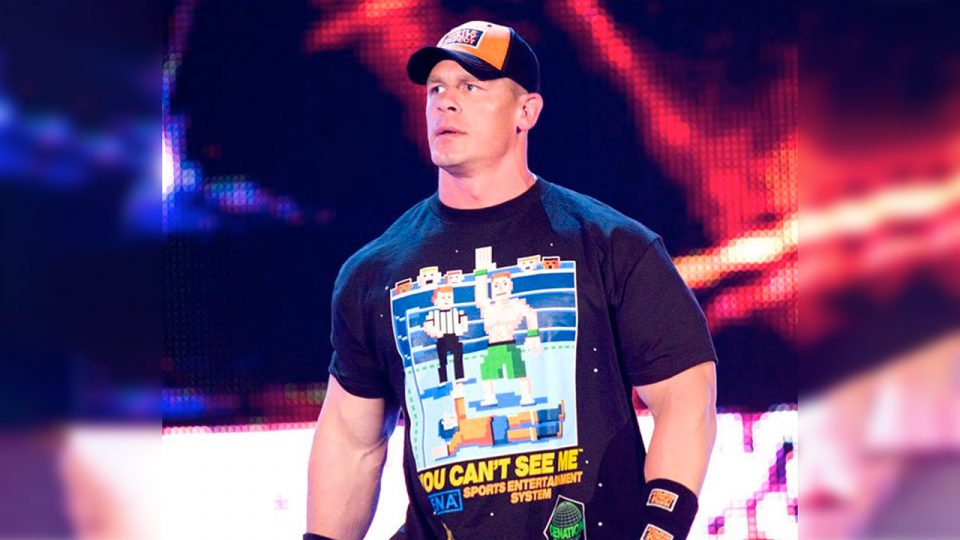 Most fans of a certain age wouldn’t wash their cars with a John Cena t-shirt. They’re for the kids aren’t they? All day-glo colours and silly slogans that easily disguise a spilled Fruit Shoot. Right. Well, not quite.

Never let it be said that WWE’s marketing team aren’t absolute masters of parting all of us from our cash.

When Cena stepped out in this shirt homaging an old NES game, a huge swathe of Cena haters in the typical age bracket suddenly broke out into huge smiles as they were reminded of their childhoods playing WWF WrestleMania, Super Mario Bros 3 and Contra.

The well-worn ‘Take My Money’ memes got a good airing when this shirt was released, that’s for sure. 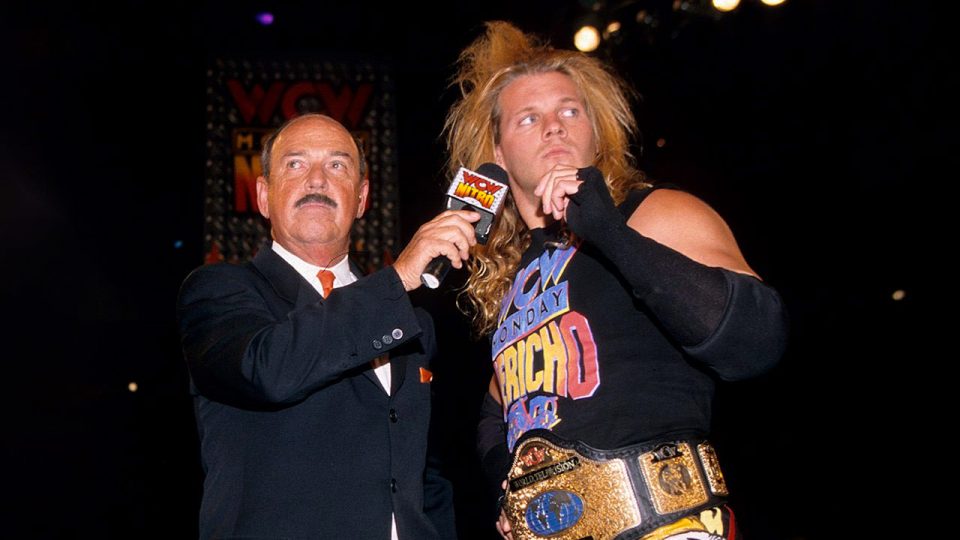 At the turn of the Millenium, Chris Jericho had a run of great shirts as he began to establish himself as a real player in wrestling. Our favourite though is the one which reminds us of when the wider world began to truly pay attention to this legend in the making.

With the Samurai top knot in place years before David Beckham and Gareth Bale totally copied it, Jericho’s brand of obnoxious buffoonery was symbolised by this revising of the WCW Monday Nitro logo.

This parodying of fondly remembered logos has been done many times over the years, but back in 1998 it was a totally fresh concept and we loved it. 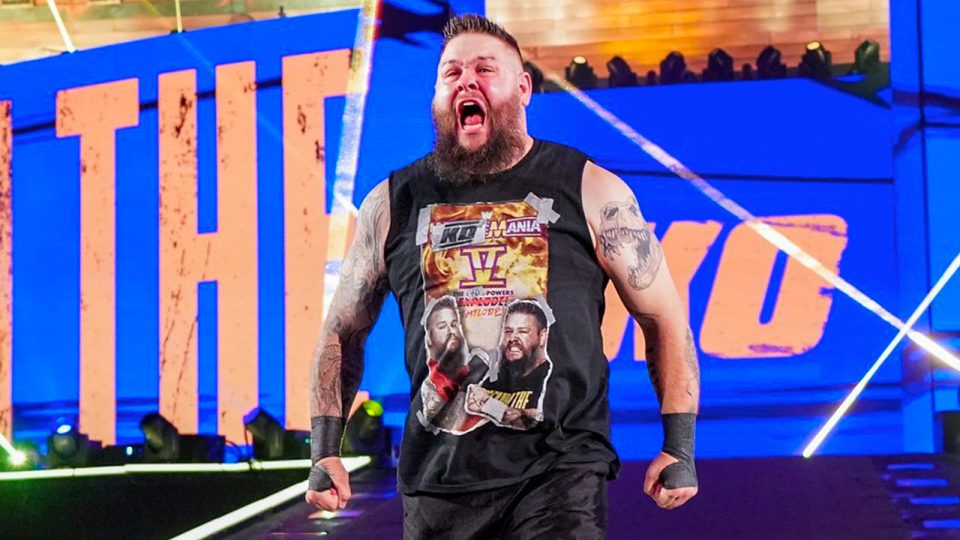 As we said above, the logo parody theme has been done time and again over the last couple of decades.

Very few examples have made us smile more than Kevin Owens’ ongoing KO-Mania series, with a new bastardisation of the classic WrestleMania logos and advertising used for each new year.

When we originally wrote this list we had KO-Mania IV as our pick as the best of the bunch. Then they went and released this year’s version and utterly topped themselves! 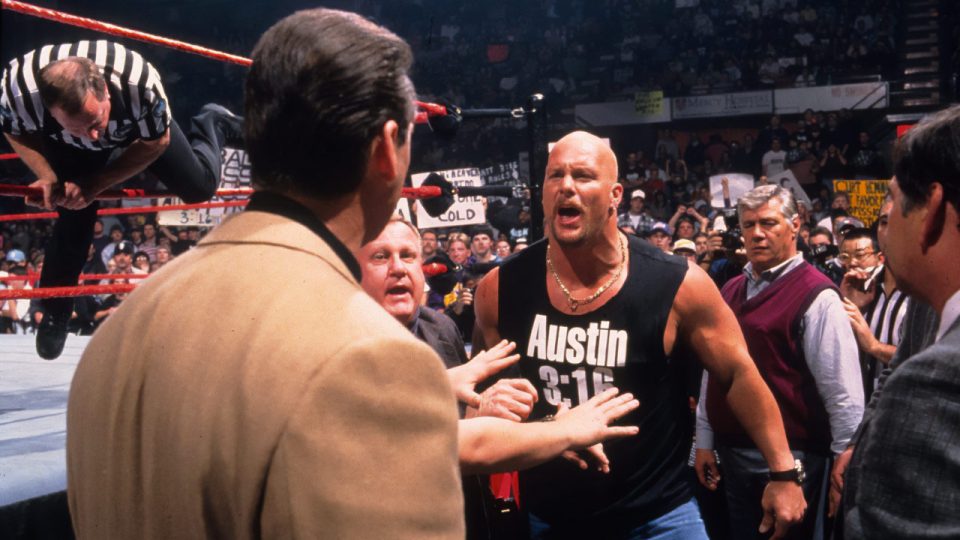 The highest selling wrestling shirt of all time. What more needs to be said?