You may have read recently about a couple of tweets from a certain UFC superstar Conor McGregor (@thenotoriousmma), which have irked the WWE Universe and wrestlers alike. Here’s his tweet from early Sunday morning.

I didn't mean no disrespect to the @wwe fans. What I meant to say was that I'd slap the head off your entire roster. And twice on Sunday's.

Now, there’s no doubting the Irish UFC Featherweight Champion can hold his own within the Octagon. He is one of the biggest draws in UFC history, renowned for his trash talking, flamboyant life style, and admittedly holding his head high and receiving praise for his conduct after being decimated by Nate Diaz back in March 2016.

The tweet above obviously hit a raw nerve among wrestlers, with many making their feelings quite clear. Roman Reigns and Sheamus had two particularly good retorts (Roman loses points for spelling), but for me the game was over once the Nature Boy himself got involved;

Your the size of my leg. Shut up. https://t.co/fBVEdf8hE1

Credit to Roman, if he’d have got the spelling right he may have gotten over as a babyface from that.

After Diaz finishes you again, I dare you to try guys like Dolph, Brock, or Fit.

Oh you're welcome for your gimmick pic.twitter.com/0qziVjlMav

With the whole locker room to choose from, this got me thinking about what Flair said. If there was to be an actual fight between a WWE Superstar and Conor McGregor, who would be put forward? Now, it is worth pointing out here that it’s not exactly the smartest move by McGregor in the first place seeing as he usually weighs in around the 170lbs mark, and we know how much Vince hates the Featherweights.

So without further ado, I present the nominated candidates from Team WWE:

It was interesting to me how Dolph was the first name put forward by Flair, but after a look at his school wrestling credentials it starts to make a bit more sense. Now, we all know Angle is the King of Wrestling. but we’ll get more on him later. However, it has been mentioned a couple of times in various posts and podcasts about Dolph being able to legitimately ‘go’ on the mat. As an amateur wrestler, he set records for most pins in a career and most career wins while at St. Edward High and Kent State University respectively. He also was a three time All-Mid-American Conference Champion in the 75kg tournament in 2000, 2002 and 2003. As a Brit, I don’t really know what that all means, but it does sound mightily impressive.

Dolph certainly has pedigree, but inside an Octagon an aggressive striker such as McGregor would likely have the upper hand, no pun intended, and wrestling skills don’t help when you get punched in the face. As it stands, Dolph would have both the weight advantage, standing now at around the 200lbs mark, and the reach advantage standing at 6ft against the Irishman at 5-foot-9.

Side note: They could both qualify for the CWC tournament next year….

“Glory to The Conqueror, The Beast Incarnate, The Anomaly or whatever godlike title you choose to bestow upon Brock Lesnar. Surely, this creature fits each and every one of them.” – wwe.com

Need I say more? Forget the recent controversy regarding the failed drugs tests for a moment (Sorry, Mark Hunt), and let’s look at the stats here; 6-foot-3, weighing in at around 270 pounds. A four time WWE Champion, a former UFC Heavyweight Champion, an NCAA Division I Heavyweight Wrestling Champion and a former IWGP Champion, and lest we forget, a box office sensation. This creature loves to hurt people.

Prediction: Brock Lesnar feasts on the carcass of the Irish Featherweight. 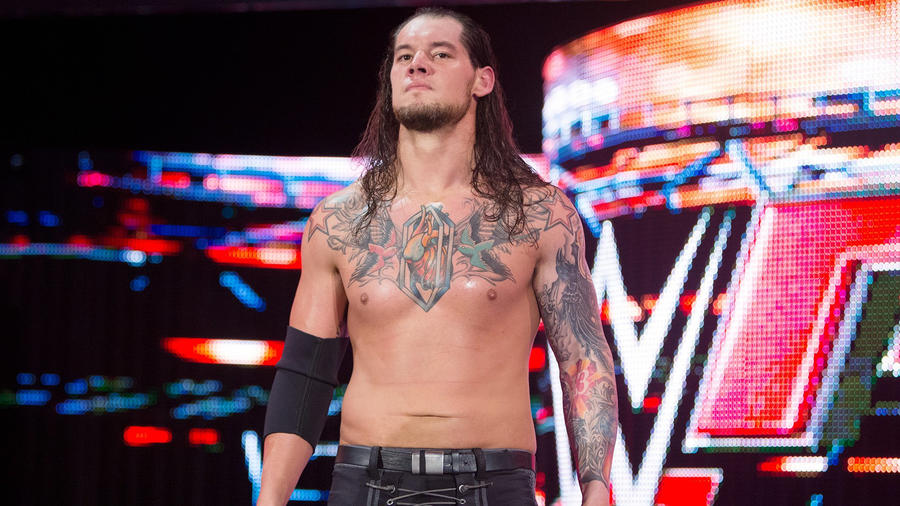 At 6-foot-8, hovering around the 280-pound mark, and a former two time Amateur Kansas-Missouri Golden Gloves Regional champion; Baron Corbin would appear to know how to hold his own. There’s undoubtedly a vicious streak to Corbin that he makes no attempt to hide, and is the driving force behind his current speed of progression as he works through the company roster leaving a trail of broken bodies in the wasteland. Corbin certainly seems like he can handle himself, and is going to be used to taking a few blows himself from his Golden Gloves days – would it be enough to succeed against the ferocious featherweight?

Corbin’s height would certainly be an advantage, as McGregor relies heavily on his strikes to win by knock out; in 22 professional bouts, he has won 19 but only one of those was by submission. With Corbin having almost a foot in height advantage, and weighing around 100-pounds more, it would be down to McGregor to use his speed and movement to his advantage here.

Prediction: Judges decision, this is a very balanced bout that I would love to watch.

The Dead Man himself. Renowned for being the locker room leader, the judge, jury and executioner in ‘Wrestler’s Court’ and the one who’s word is final. There will never be another like The Undertaker for as long as the professional wrestling industry survives. He is an icon, a legend, and a God among the wrestling universe.

It is well documented that The Undertaker has previously said that had the MMA fighting scene that exists now been around when he was starting up, that is where he would have plied his trade. 6-foot-10 and around the 300-pound mark, he is undoubtedly a colossus of a man, and incorporates aspects of MMA into his wrestling matches, while also being a black belt in Brazilian Jiu-jitsu. The point I’m making is that he can look after himself. Could he defeat McGregor? At his prime, almost definitely. The height and weight advantage coupled with Takers abilities as a fighter would surely out-power the Dubliner. Add to this, all three of McGregor’s losses have been by submission. Hell’s Gate anyone?

Decision: Undertaker (in his prime) by submission

Whatever name you know him by, there’s one thing that everyone can seem to agree on. You don’t mess with Tonga Fifita. Generally, I take most stories I hear with a grain of salt, and try to skim away the usual embellishment that accompanies the stories as they are passed down through the realms of time. With Tonga however, the old adage ‘where there is smoke, there must be fire’ appears to ring true. For this, I’m purely going to give you just a few of the stories that I stumbled across on multiple sites. I cannot verify them all, but I for one am terrified of this human being.

Kevin Sullivan told a tale to WWE classics about a time they went to a tavern for some beers, and someone decided to insult him:

“The next thing I know is that Meng goozles the guy like Mr. Spock,” Sullivan said. “It was fast and furious. He then grabbed another guy who tried to get involved and knocked him unconscious.” After that, things got even crazier. “Meng bit through the guy’s shirt like a wolf, bit a chunk out of the guy’s back, then spit it on the floor. I said, ‘It’s time to go.'”

In an interview with Dave Meltzer, Bobby Heenan referred to Meng as the toughest man he’s ever met in his life. He proceeded to share a story in which Meng was in a bar fight: “He took his two fingers on his right hand, his index finger and trigger finger, and he reached into the guy’s mouth and he broke off the guy’s bottom teeth.”

Heenan said that if he hadn’t have been there, he wouldn’t have believed it.

Maybe Jake ‘The Snake’ Roberts put it into words better than anyone else could during an interview with GFQ Network;

“If I had a gun and was sitting inside a tank with one shell left and Meng is 300 yards away, he’s mine, right? Well the first thing I’m going to do is jump out of the tank and shoot myself because I don’t want to wound that son of a bitch and have him pissed off at me.”

Prediction: Tonga Fifita, because I’m scared he’ll hunt me down and gouge my eyes out if I even think of saying otherwise.

There are obviously other candidates, and names such as The Big Show and Mark Henry spring immediately to mind, but I’m going to stick with these five for now.

It is also worth remembering that McGregor’s next match at UFC 202 happens to be on August 20th, which is the night before Summerslam. People pay to watch the heel get beaten, right?

Feel free to name other wrestlers from past and present in the comments section below who you feel could do a job inside the Octagon.

Stay safe, and don’t be booty.

“The voices in my head tell me what to write about, though that could just be Randy Orton shouting at people that they’re ‘stupid’.”

The WWE Smackdown Reaction for 3/5/21 by Kelly Dishnow